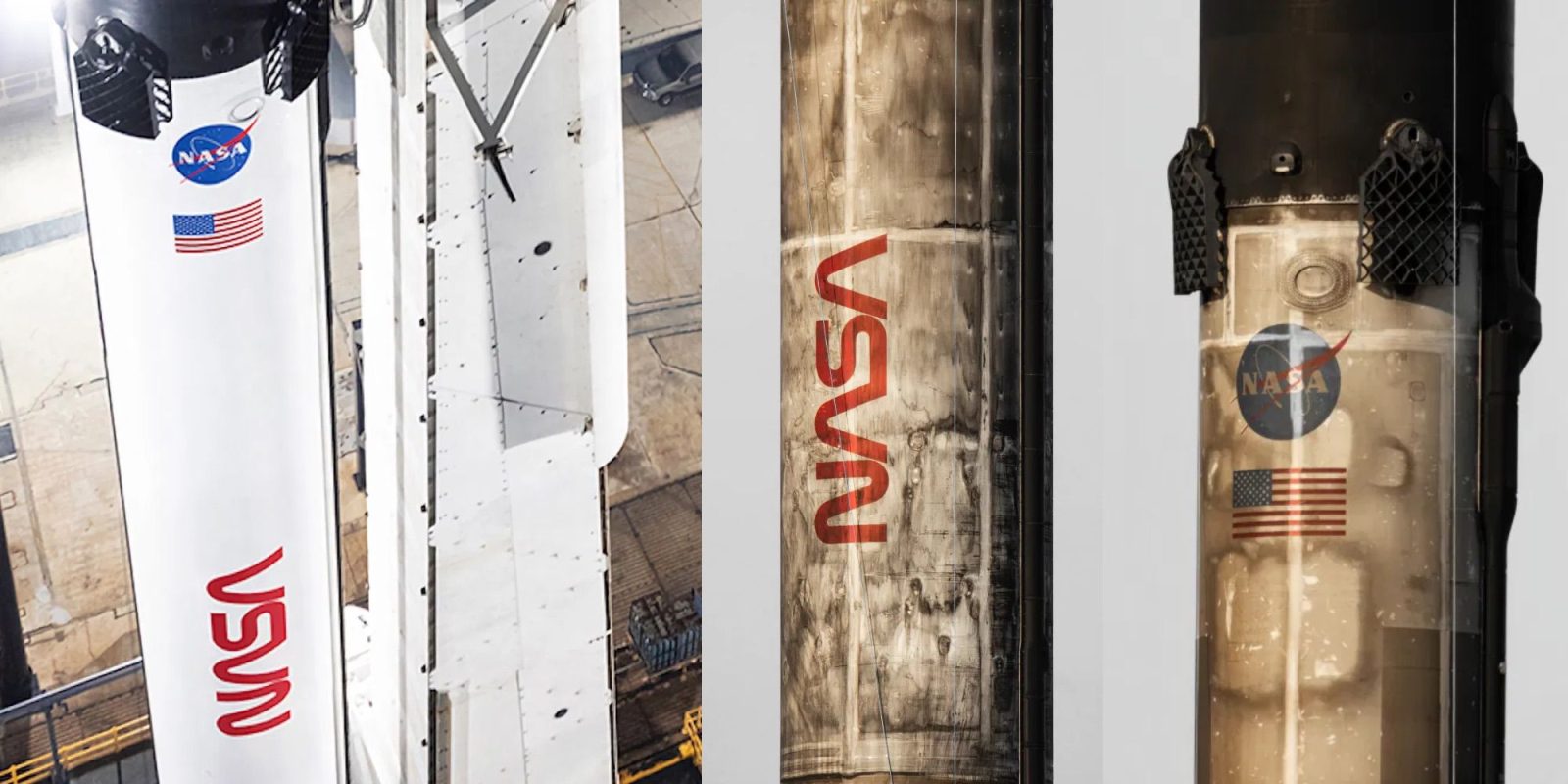 The booster that recently launched CRS-21 also happens to be the same booster used to launch SpaceX’s DM-2 mission with NASA astronauts Doug Hurley and Bob Behnken. To commemorate the mission, SpaceX painted NASA’s iconic worm and meatball logos on each side of the booster.

NASA’s worm logo is rarely seen on the Falcon 9 first stage booster by the public, however, due to how the booster is positioned on the launch pad and on the booster when it returns to Port Canaveral after a mission.

During offloading from the autonomous droneship after the latest mission, however, the booster actually spun around very briefly displayed the unmistakable red symbol that was recently revived. It could be seen from public areas from across the water in Port Canaveral in Florida.

This particular Falcon 9 first stage known as booster B1058.4 has flown astronauts, non-NASA missions, and became the first booster used by NASA after a non-NASA mission. NASA and SpaceX has since moved the worm logo on boosters since Crew-1 from the first stage to the second stage of the Falcon 9 rocket — making B1058.4 especially unique.