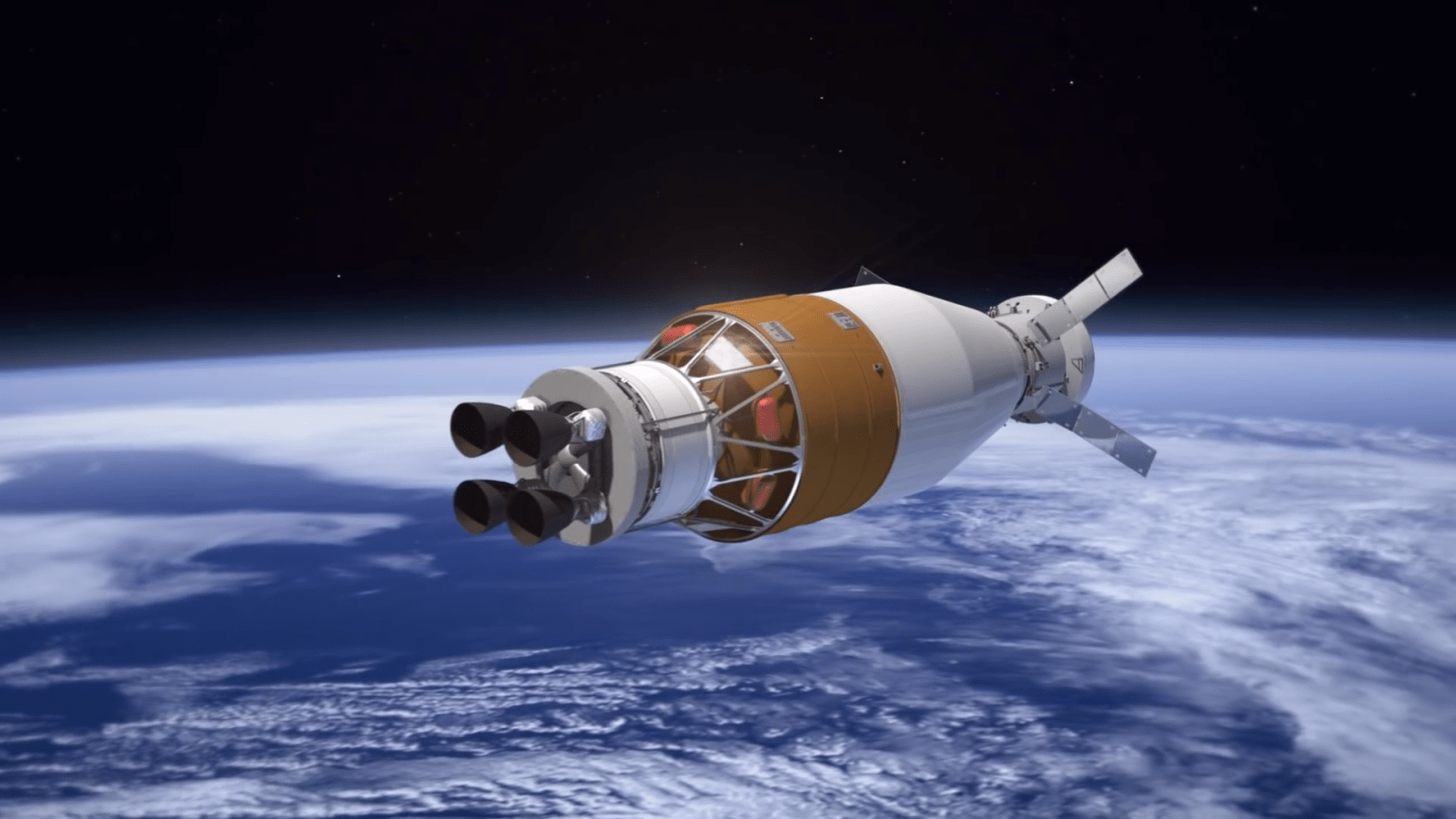 Originally planned to be a part of the first iteration of Space Launch System, the Exploration Upper Stage (EUS) is set to start being used on the SLS Block 1B variant of NASA’s Moon rocket. Boeing, the prime contractor for NASA’s SLS, announced this week that they have completed a critical design review for the new upper stage of the rocket.

Currently, SLS will use the Interim Cryogenic Propulsion Stage as its second stage built by United Launch Alliance (ULA) for its first few missions. The ICPS is derived from ULA’s Delta IV second stage, with extended full takes and other additions needed for the long flight to the Moon.

Both the ICPS and EUS use hydrogen and oxygen as fuel and the RL-10 engine developed by Aerojet-Rocketdyne (soon to be part of Lockheed Martin). The difference is that the EUS will use four engines rather than just one to allow for an increased ability to lift more along with the Orion crew capsule. This allows for longer and deeper exploration of the universe.

The SLS Block 1B with the EUS will begin flying in later Artemis missions, giving time for Boeing to begin production of the stages at their facilities in the Michoud Assembly Facility in New Orleans. ULA’s upper stage will be the one that will fly the first Artemis mission and the first crewed flights to the Moon since the Apollo program ended.

“NASA’s SLS Block 1B with the EUS is capable of sending astronauts and essential supporting cargo to the moon and beyond. EUS was designed for crewed flights from the beginning, and the additional lift capability that comes with the EUS requires fewer flights to enable a sustained human presence in deep space sooner and more safely.”

Boeing states that the EUS is the only stage capable of launching the Orion capsule and extra cargo needed for exploration to the Moon and Mars.

This is true, but the EUS is in a similar stage of development as SpaceX’s Starship vehicle. By the time we see the finished development and use of Boeing’s EUS, this statement might not be totally accurate anymore. While Starship may not be able to carry Orion, it might be ready to carry crew and enough cargo to the Moon and Mars for exploration by SLS Block 1B’s debut flight in the mid 2020s.

This isn’t a knock on Boeing since having two ways to get to the Moon or Mars is important in case one needs to be taken out of service temporarily, but Starship will likely be able to fly at a fraction of a cost and won’t be tied to being owned by a government organization.