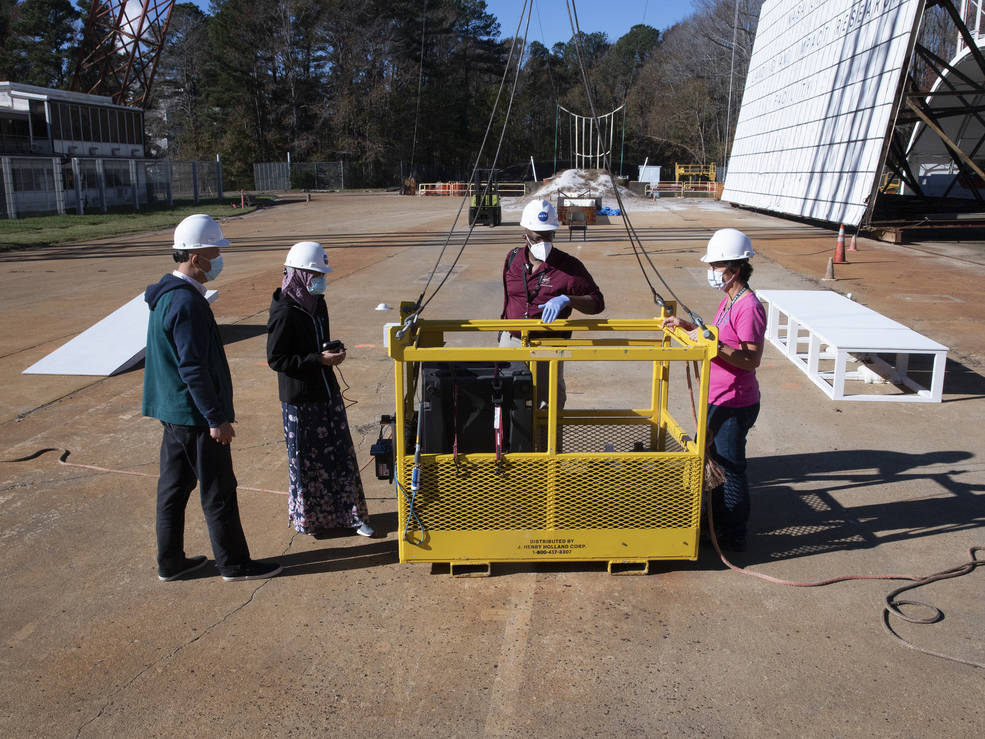 Researchers at NASA’s Langley Research Center are working with Blue Origin in testing a new, more accurate version of flash lidar. The testing is part of NASA’s suite of lunar lander technologies that will be used as part of the Artemis program.

Flash lidar is a technology that has been around for a while, and it was even tested as part of the Autonomous Landing Hazard Avoidance Technology (ALHAT). Unfortunately, at that time, researchers concluded that the flash lidar technology available wasn’t accurate enough to be dependable.

Flash lidar works by creating an elevation map using a diffused laser that is spread out to a 10- to 15-degree angle. This allows the laser to bounce off surfaces and return to the sensor, quickly creating a 3D map the size of a football field.

What sets NASA’s flash lidar apart from past versions is the “super-resolution algorithm.” This takes advantage of the spacecraft’s movements and fills in the gaps with measurements to acquire more detail, ultimately making it reliable enough to locate a safe landing zone.

NASA has been developing doppler lidar alongside the new flash lidar in hopes that the two technologies could work together to land astronauts safely on the moon and other planets. “The two systems are very complementary. Navigation Doppler lidar gives the velocity and position data and the flash lidar is really a 3D video camera that looks at the terrain as the lander comes in,” said Farzin Amzajerdian, one of the researchers working on the project.