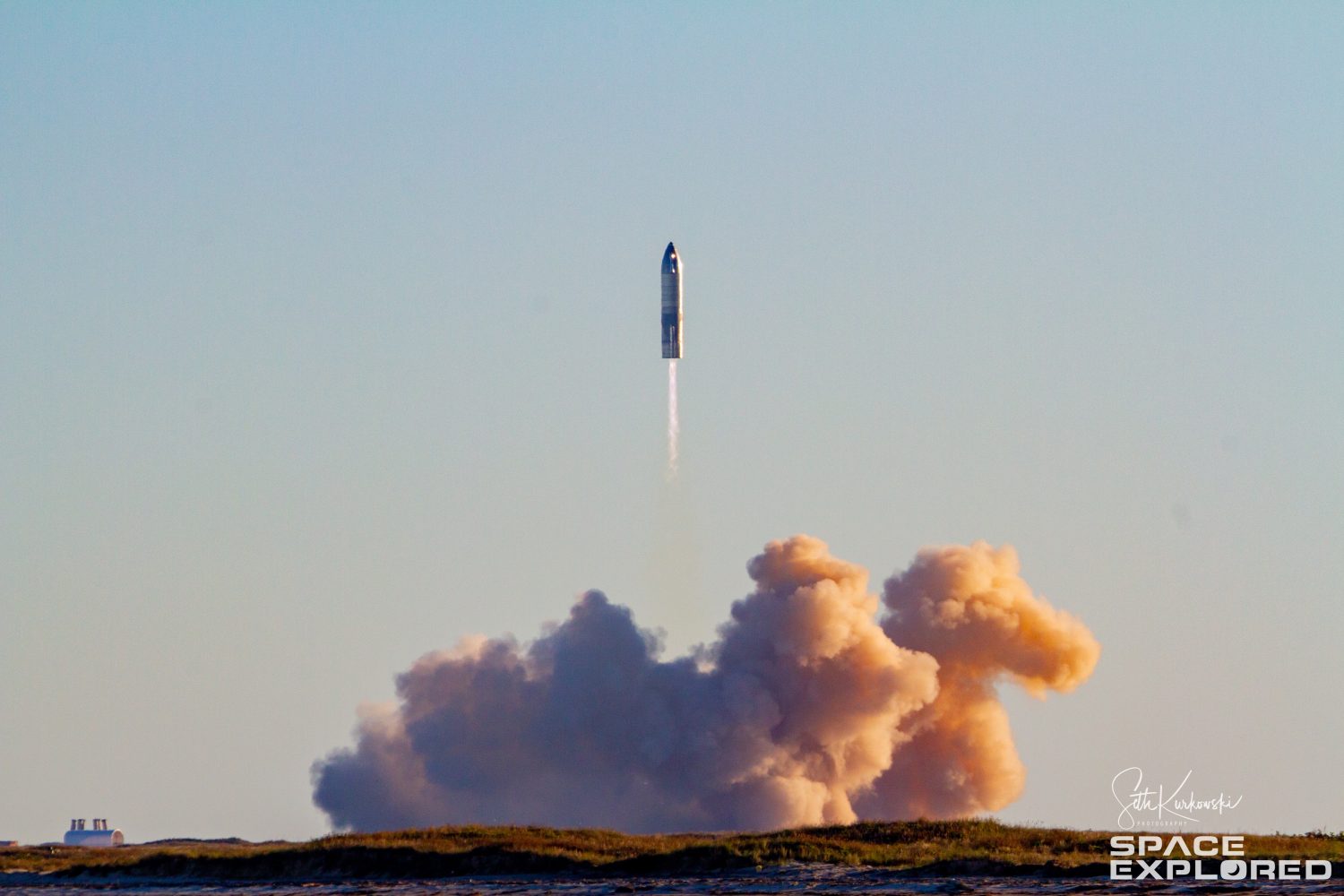 After the successful test flight of Starship SN8, SpaceX had a lot of data to go over to learn how Starship flies and what changes might be needed for future flights. The SN9 flight is much more likely to stick its landing because of this.

SN8 flew earlier this month and successfully reached its apogee, preformed its belly flop landing maneuver, but wasn’t able to stick the landing.

Elon Musk shared that the reasoning for the missed landing was a failure in pressure in the header tanks, something brand new for use in any rocket. SpaceX has now landed on a fix for this, at least for the short term.

SN9 rolled out to the pad in Boca Chica last week after some repair work needed when the mount it was sitting on in the high bay collapsed. It’s preparing to begin its campaign of pressure testing then straight to more high altitude flights similar to SN8’s test flight.

This time they will be able to take what they learned from SN8 and execute lessons learned with this new flight. One of those changes Musk shared would be with pressurizing the header tanks.

The stated reason for SN8 not being able to land was due to a lack of enough pressure in the header tanks which are smaller fuel and oxygen tanks higher up in the vehicle used for landing. While Musk mentioned this is not the finalized fix, it should work for SN9. Later SpaceX will determine what is the best fix further down the line.

Fuel tanks on rockets rely on being pressurized in order to allow fuel to flow into the rocket engines. Usually, these tanks are pressurized with an inert gas like nitrogen, but helium can also be used (though it increases cost).

Currently SN9 is expected to fly in early January, but no finalized date has been set. Meanwhile, if SN9 doesn’t successfully land again, SN10 is right behind it with its nose cone already getting its control surfaces attached earlier this week.