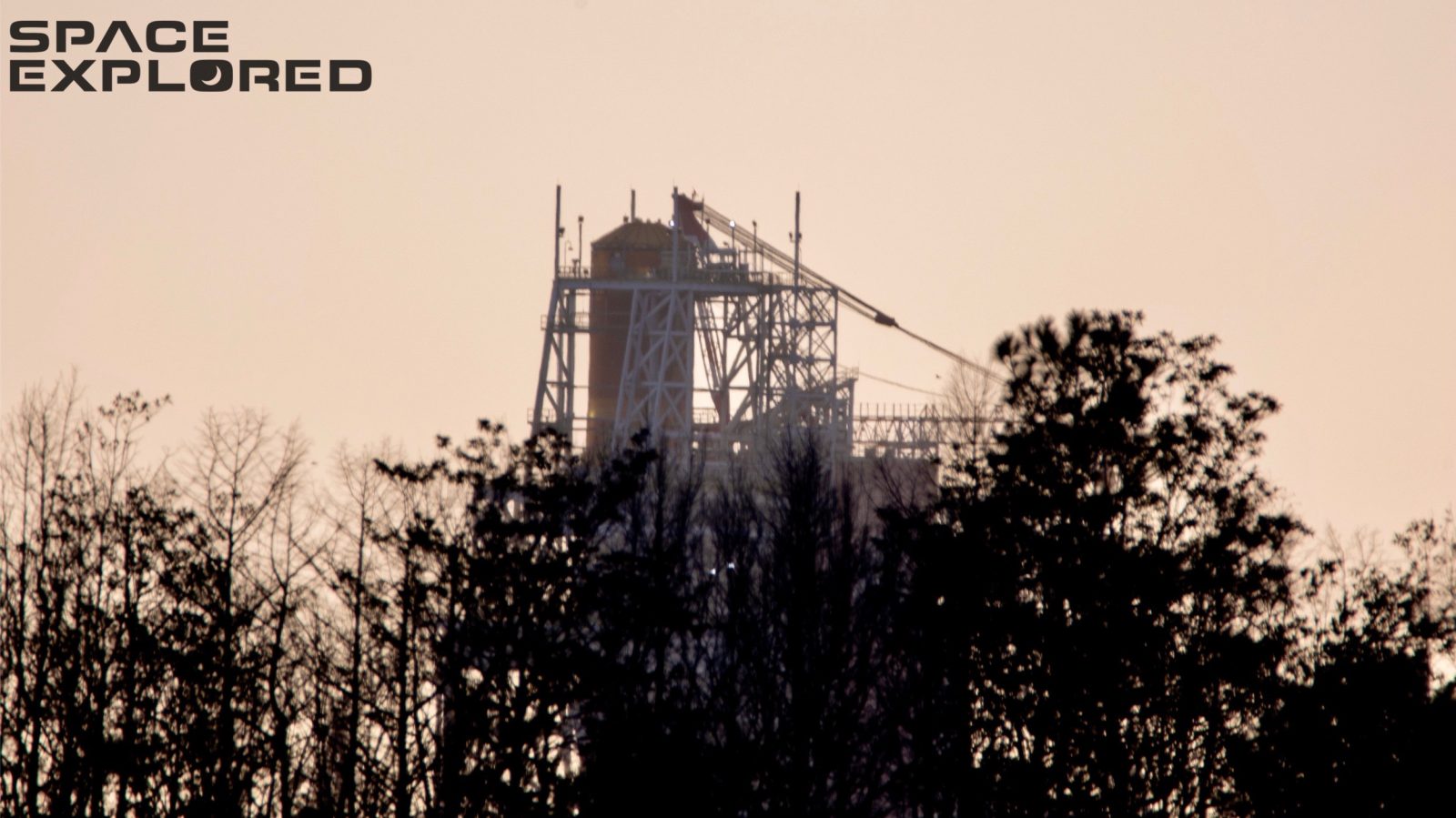 NASA is returning astronauts to the Moon for the first time since the Apollo program ended in the 1970s, but first the space agency must develop a new rocket capable of reaching lunar orbit. Space Launch System is that rocket, and it’s been in development for several years.

Over the weekend, NASA’s Stennis Space Center in South Mississippi conducted a critical engine test on the core stage of Space Launch System and its four RS-25 engines. While these engines aren’t new — they actually date back to use on the space shuttle — but being configured on a rocket to the Moon is untested.

The epic engine test wasn’t a total success, however, as the vehicle detected an anomaly and stopped firing its engines well before the required test duration. The good news is NASA says both the rocket core stage and its engines remain in good shape.

Engineers conducted the final step in a series of data-collecting tests to prepare SLS for flight over the weekend. The so-called Green Run test certifies SLS for spaceflight, and the final step consists of an eight-minute-long hot fire test in which all four RS-25 engines are fired to simulate a launch.

The rocket core stage doesn’t actually lift off, however, as the test is purely designed to collect data and ensure the machine is ready for action. That’s what occurred over the weekend: determining that the machine is indeed not ready for action yet before shipping the rocket core stage to Kennedy Space Center in Florida for final assembly and flight.

The upside is that testing like this is designed to catch issues that could occur on launch day when the stakes are much higher. The downside is it’s still too early to know exactly what went wrong and what steps are required to move forward.

“All four RS-25 engines ignited successfully, but the test was stopped early after about a minute. At this point, the test was fully automated,” NASA said on Saturday. “During the firing, the onboard software acted appropriately and initiated a safe shutdown of the engines. During the test, the propellant tanks were pressurized, and this data will be valuable as the team plans the path forward.”

Based on development prior to Saturday’s engine test, NASA aimed to launch the Space Launch System rocket and the Orion spacecraft on a weeks-long lunar flyby mission called Artemis 1 in November 2021. With further development and testing required, it’s highly likely we’ll see the mission target slip back into 2022.

The first Artemis mission is uncrewed and intended to certify SLS and Orion for human spaceflight. The next two Artemis missions will include astronauts on a lunar flyby mission (Artemis 2) and a mission to the surface of the Moon (Artemis 3).

NASA has been working on a moonshot target of completing the Artemis 3 mission by 2024 for the last few years. Required funding as decided by Congress hasn’t exactly been in place to support this aggressive timeline however. More required development time for Artemis 1 gives the incoming Biden administration a clear reason to adjust NASA’s 2024 timeline inherited by the outgoing Trump administration.

While the hot fire test wasn’t a total success, it was still a treat to experience four RS-25 engines firing for over a minute from three miles away. Here are some views captured by the Space Explored team on Saturday:

And here was our shorter-than-anticipated perspective: