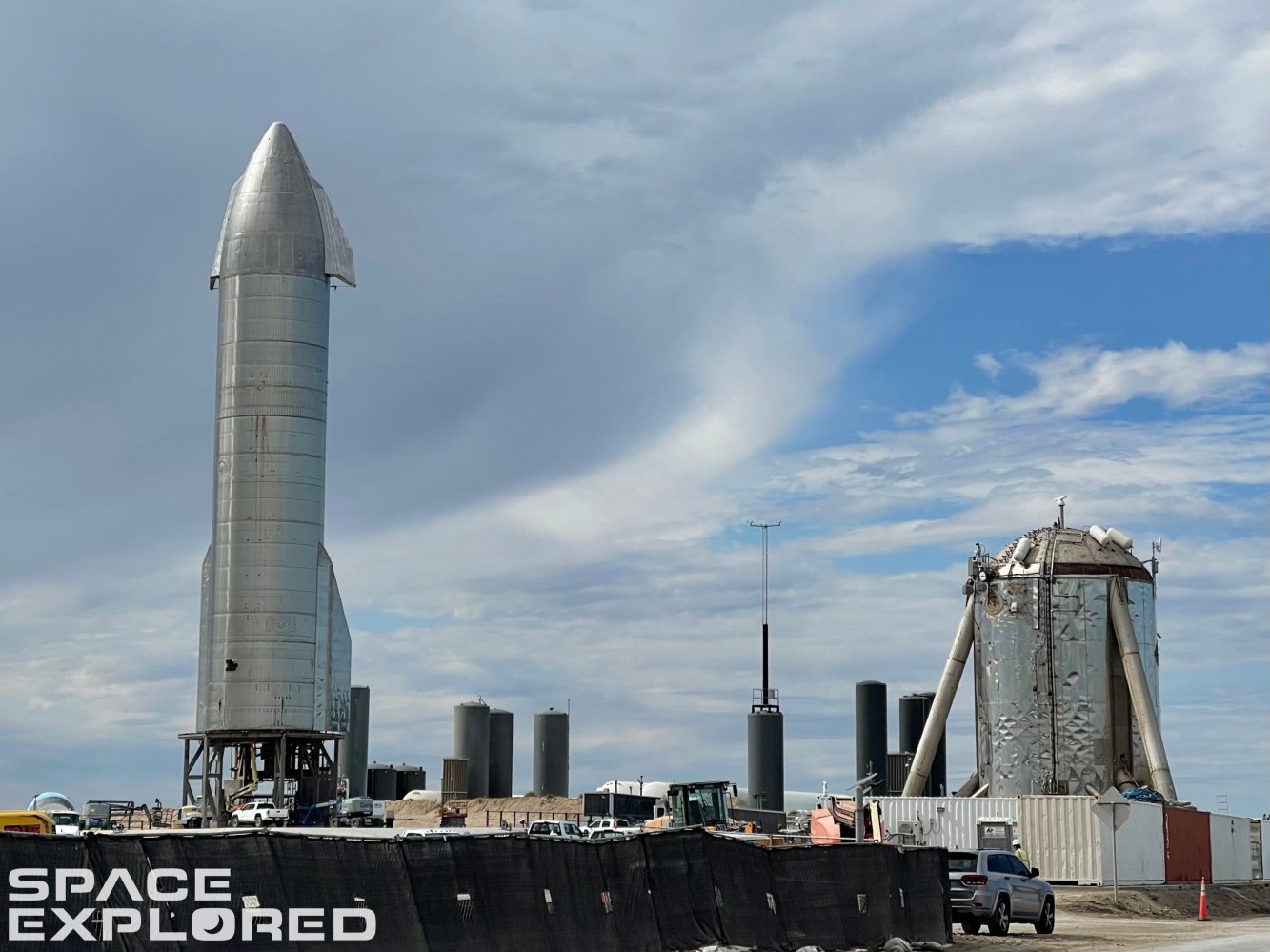 Remember when SpaceX’s Starship SN9 was supposed to be a quick static fire then 12.5 km hop? Yeah, seems like that is fully out the window for this vehicle at least. Another week went by full of hope to see a flight by the end of the week, but again we are back to waiting for a static fire to be completed.

Last week SpaceX decided to push SN9 like they haven’t pushed any other vehicle before, including any of the Falcons, with conducting not one but three static fires in a single day. This might have been too much for the still in development Raptors or Starship since Elon shared afterward that two of the engines were damaged and needed to be replaced.

Nothing was shared about what could have damaged the engines, but over the weekend SpaceX replaced two of the raptors that were damaged with newer ones they had on hand. One of the raptors we saw taken out was SN44 showing how far along they are on Raptor development.

The second Raptor that was replaced was done during the night where only 24/7 streams from sites like Lab Padre were able to capture it, but with too little resolution to be able to determine what Raptor was removed. After the replacement of two new Raptors, SpaceX will now need to conduct another static fire before they fly.

Boca Chica residents were given notices of testing activities taking place today, but SpaceX has since cancelled the road closures for the rest of the day which makes conducting any tests impossible. The next road closure is set for tomorrow starting at 2:30 a.m. local to 8 p.m. local, which is extremely long and abnormal for a testing window so they might be attempting something new.

Currently, if SpaceX can get a static fire off early tomorrow morning, there is a possible chance they could launch on Wednesday since they do have a filed temporary flight restriction (TFR) on the airspace above the test site for Wednesday and Thursday. Seeing evacuation notices go out to local residents is still the sign of an imminent flight.

Starship SN10 remains ready in the shadows to take over testing if needed with receiving its aft fins earlier in the month. It currently sits inside the High Bay next to the growing Super Heavy booster BN1 that is being assembled.

Another test tank, SN7.2, was constructed and is possibly testing improved manufacturing changes before being started on larger full scale vehicles.

Work continues on SN11 and SN12 while still no work on SN13 and SN14 has been seen even as we see more work being done on Starships further down the line. This leads to speculation that those two vehicles are not being finished in favor of improved changes in newer models.