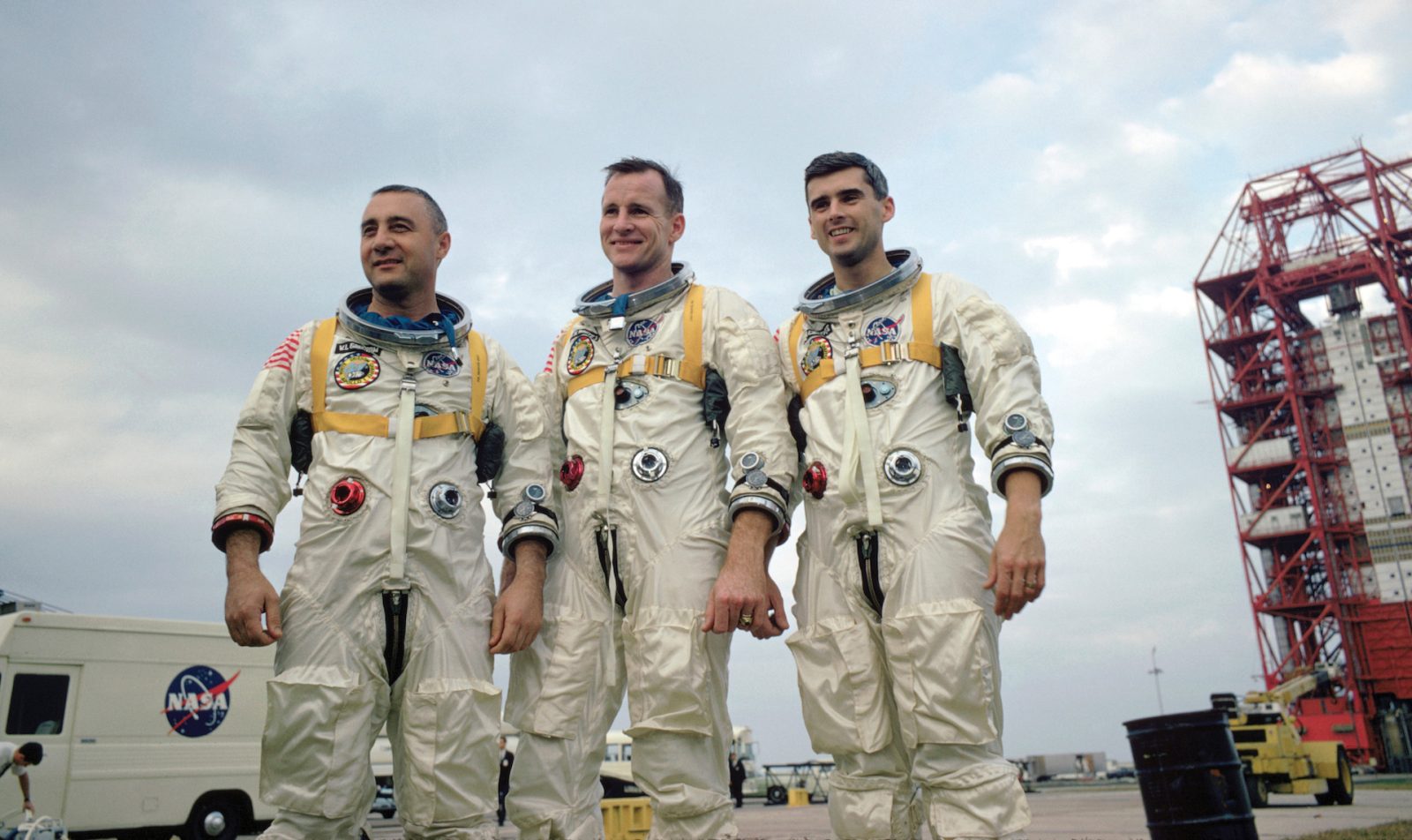 Apollo 1 was set to be the first crewed mission of the United States Apollo program, designed to put humans on the surface of the Moon. Sadly, the mission never flew due to a tragic accident that NASA deems one of the worst incidents in spaceflight history.

On January 27, 1967, the crew of Gus Grissom, Ed White, and Roger Chaffee entered the Command Module, which was mounted on a Saturn 1B rocket. They were participating in a “plug-out” test that would run through the entire countdown sequence short of launching. NASA scientists had deemed the test non-hazardous; they couldn’t have been more wrong.

Once the test began, a number of issues, including failure in communication, caused the test to be delayed by several hours. At one point, Grisson made the notable statement, “how are we going to get to the Moon if we can’t talk between three buildings?” About a minute later, a surge was recorded in the AC bus, indicating a possible short-circuit. Shortly after, panic is heard over the radio, but one word sticks out amongst the noise, “Flames!”

“We’ve got a bad fire in the cockpit!” one of the crew members can be heard yelling. The Command Module’s oxygen-rich interior had gone up in flames, with the crew trapped inside. The hatch could only open inward and had several latches that required a special ratchet to operate. Technicians were able to get the hatch open about five minutes after the fire had begun, but they were tragically far too late. The men inside had likely died within 30 seconds due to smoke inhalation and severe burns.

An extensive investigation was launched to look into the cause of the terrible fire. During this investigation, the Apollo program was put on hold to prevent further incidents. The investigation ultimately concluded that the fire’s most likely cause was a spark that had originated from a bundle of wires next to Grissom’s seat. Due to these findings, various changes were made to the program over the following years.

Following the incident, the Apollo 1 Command Module was impounded for study and then locked away in a NASA storage facility located at the Langley Research Center. Many important lessons were learned from the fire that contributed to the overall success of the Apollo program. Because of this, the deaths of the three brave astronauts were not in vain and the risk of exploring our universe is not taken lightly.

Today the decommissioned Launch Complex 34 serves as a memorial to the fallen astronauts with this message:

They gave their lives in service to their country in the ongoing exploration of humankind’s final frontier. Remember them not for how they died but for those ideals for which they lived.