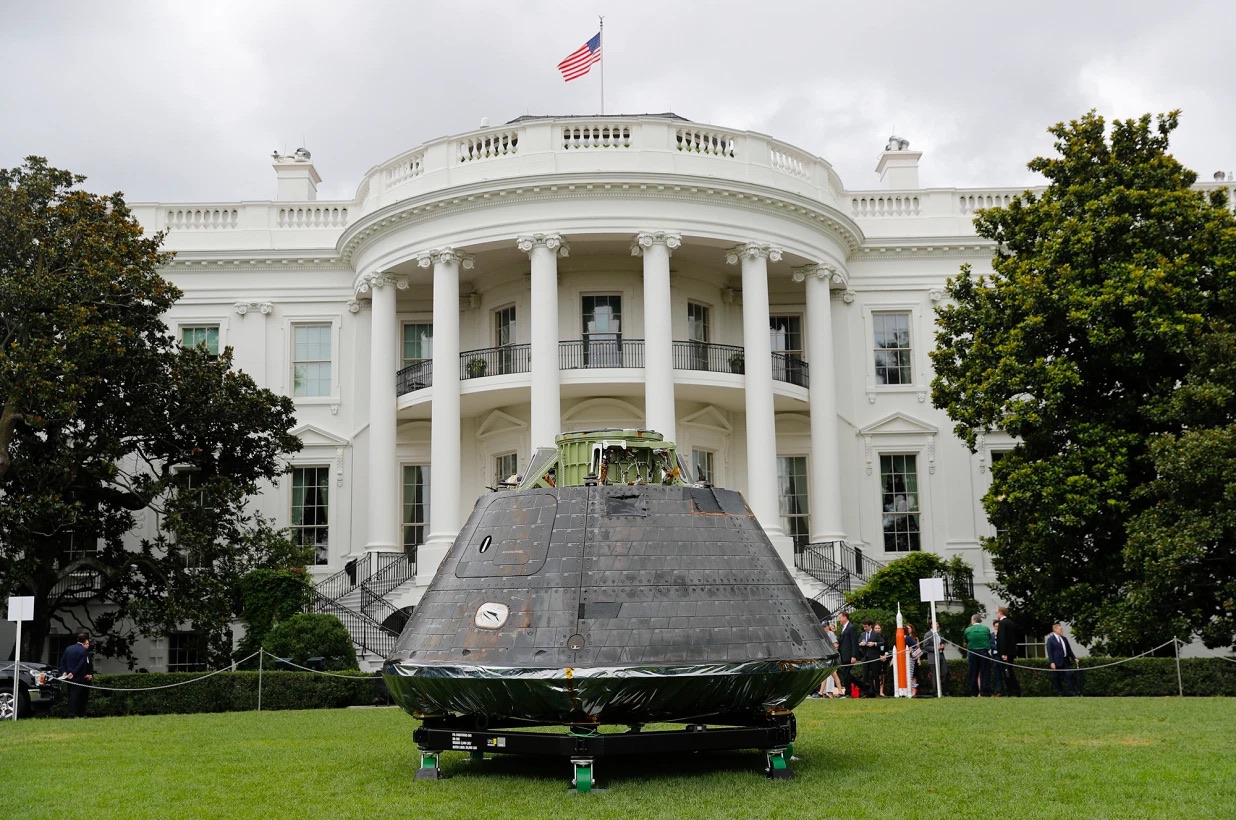 The National Space Council which was reestablished in 2017 by President Trump to plan the United State’s space policy is being renewed by President Biden. This comes after a several months’ wait to hear the fate of the council and the User Advisory Group.

The National Space Council (NSC) is a group of high-ranking members in the White House that coordinate and propose the nation’s space policy. Its members rank from cabinet-level positions, the NASA Administrator, and members from other executive agencies in both defense and science. The council is normally chaired by the Vice President, if this tradition will continue Vice President Kamala Harris will become the first woman to chair the council.

The council has its roots back to the late 50s when the National Aeronautics and Space Act was signed into law forming not just NASA but also the National Aeronautics and Space Council (NASC) which was then chaired by the President. This was a much smaller version of the current council which allowed the president to appoint 3 non-federal government people to the council.

Currently, the NSC is strictly filled with government agency heads but they also have a team of industry leaders and experts to guide them in the right direction. This duty is given to the User Advisory Group (UAG) and is filled with industry leaders like Gwynne Shotwell from SpaceX and Tory Bruno of ULA. The group also hosts former NASA astronauts dating back to the Apollo era with Buzz Aldrin (Apollo 11) and Harrison Schmitt (Apollo 17).

Politico reported that per sources in the National Security Council that President Biden has renewed the NSC and UAG to continue its job to form the nation’s space policy.

“At a time of unprecedented activity and opportunity generated by America’s activities in space, the National Space Council will be renewed to assist the President in generating national space policies, strategies, and synchronizing America’s space activities,”

The source did not disclose who will sit on the new administration’s variant of the council. We could see the council include more members who are focused on STEM outreach and climate change rather than space exploration. The new Administration’s space policy is still widely unknown, with the public interest focused more on the pandemic, racial injustice, and immigration concerns. We could still have to wait longer to get a strong road map of President Biden’s mission for space.