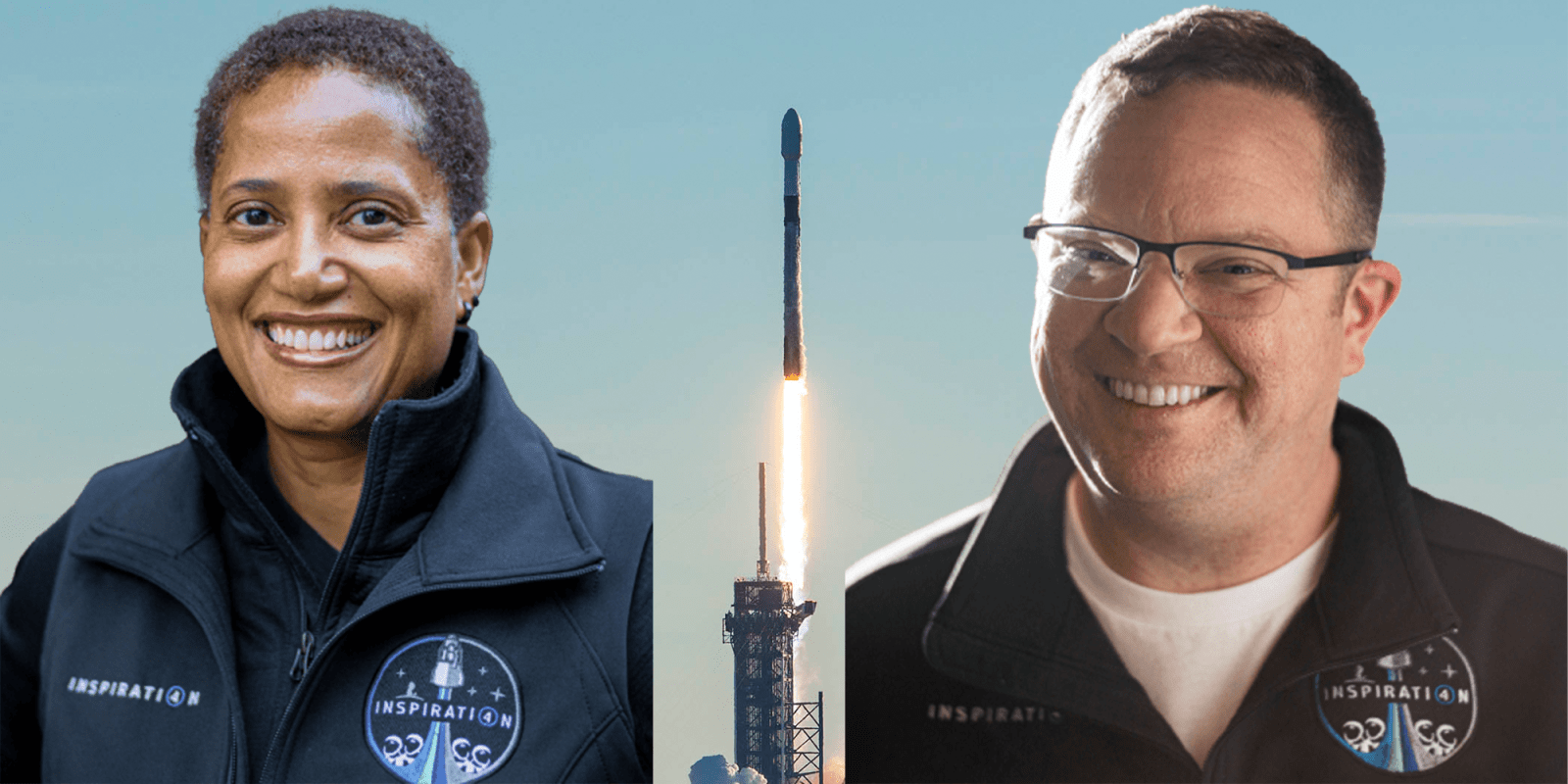 Earlier this year Jared Isaacman announced that he was paying for four people to fly on a SpaceX Falcon 9 rocket to space for a once-in-a-lifetime experience. The twist was this was also a fundraiser for St. Jude Children’s Hospital and those who wanted to fly on the mission earned entries by donating to St. Jude or selling items and raising money for the hospital.

Earlier in February on the Today show, Isaacman announced the first crew member who would take the flight with him. Hayley Arceneaux is a St. Jude nurse and former patient of the life-saving hospital. She beat cancer as a child and had the dream to become an astronaut as a kid before those dreams were crushed with the news of bone cancer.

She will become the first cancer survivor to travel to space, bringing hope and inspiration to those who have struggled with the disease. Showing that nothing is impossible for them. On the Today show this Tuesday morning, Jared and Hayley were joined with their two new crewmates that were selected earlier this month and have finally been revealed to the world.

Chris Sembroski grew up with a natural curiosity about outer space. Stargazing late at night on the roof of his high school and launching high-powered model rockets in college cemented this passion. As a U.S. Space Camp counselor, he conducted simulated space shuttle missions and supported STEM-based education designed to inspire young minds to explore these areas and find their passions. As a college student, Sembroski volunteered with ProSpace, a grassroots lobbying effort that promoted legislation in Washington, D.C., to help open space travel and allow companies like SpaceX to exist. He then served in the U.S. Air Force, maintaining a fleet of Minuteman III intercontinental ballistic missiles and deploying for service in Iraq before leaving active duty in 2007. Following his education from the Air Force, Sembroski earned a B.S. in Professional Aeronautics from Embry-Riddle Aeronautical University.     In his career, Sembroski has sought innovative, industry-disrupting methods to monitor and maintain mechanical equipment, making everything from data centers to hospitals more efficient. He now resides in Seattle, WA, and works in the aerospace industry.

Dr. Sian Proctor is a geoscientist, explorer, and science communication specialist with a lifelong passion for space exploration. She was born in Guam while her father was working at the NASA tracking station during the Apollo missions and has carried on his dedication and interest in space. She’s an analog astronaut (a person who conducts activities in simulated space conditions) and has completed four analog missions, including the all-female Sensoria Mars 2020 mission at the Hawai’i Space Exploration Analog and Simulation (HI-SEAS) Habitat as well as the NASA-funded four-month Mars mission at HI-SEAS to investigate food strategies for long-duration spaceflights. Her motto is “Space2inspire,” and she encourages people to use their unique one-of-a-kind strengths and passion to inspire others. She uses her Space2inpsire Art to encourage conversations about creating a J.E.D.I. Space: a Just, Equitable, Diverse, and Inclusive space for all of humanity. Dr. Proctor was recently selected as an Explorer’s Club 50: Fifty People Changing the World. She has a TEDx talk called Eat Like a Martian and published the Meals for Mars Cookbook. Dr. Proctor was a finalist for the 2009 NASA Astronaut Program. She has her pilot license, is SCUBA certified, and loves geoexploring our world. She has been a geoscience professor for over 20 years at South Mountain Community College in Phoenix, Arizona and is currently on reassignment as the Open Educational Resource Coordinator for the Maricopa Community College District. She has a B.S. in Environmental Science, an M.S. in Geology, and a Ph.D. in Curriculum and Instruction: Science Education.

The selection process knocked it out of the park with these two individuals. Both sharing the true love for space exploration and sharing it with others. Currently, the flight is projected to fly as soon as October 21, 2021, after the crew has finished their training to prepare for the 72-hour flight around the Earth.