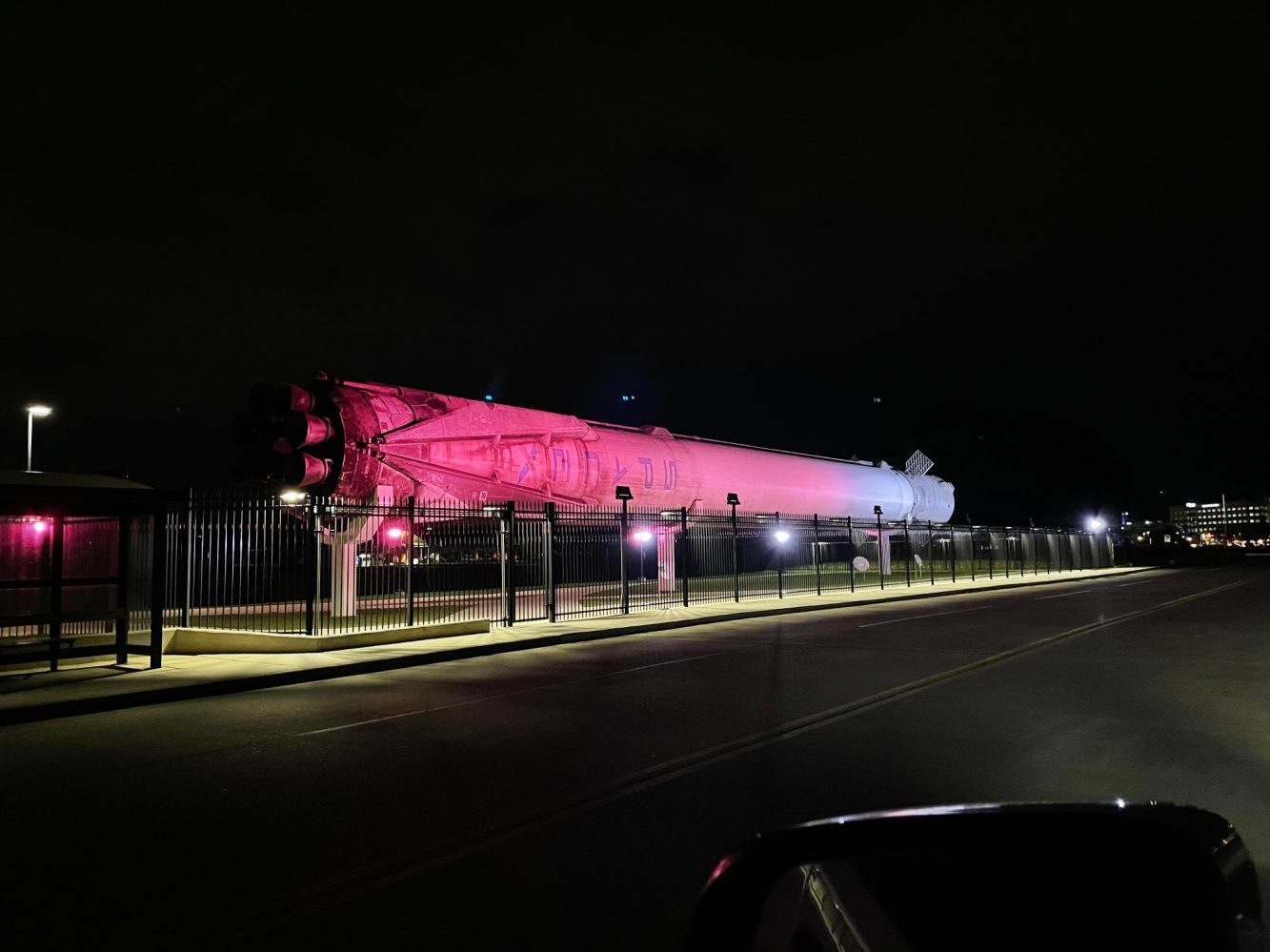 In honor of the University of Houston’s journey to get o the Final Four in the NCAA’s March Madness tournament, Space Center Houston lit up their Falcon 9 booster red to celebrate.

SpaceX’s Falcon 9 booster B1035 flew twice carrying CRS-11 and CRS-13 both in 2017 to the International Space Station for resupplies of food, scientific experiments, and other necessities. Both of these launches successfully landing back at LZ-1 on Cape Canaveral Space Force Station. The vehicle was retired in favor of the upgraded Block 5 variant and so the older Full Thrust Falcon 9 was sent to Space Center Houston to be put on display for the public to see last year.

The number 2 seeded University of Houston will be playing in their first Final Four matchup since 1984 against the number 1 seeded Baylor University. Both universities have rich histories in aerospace and space exploration research.