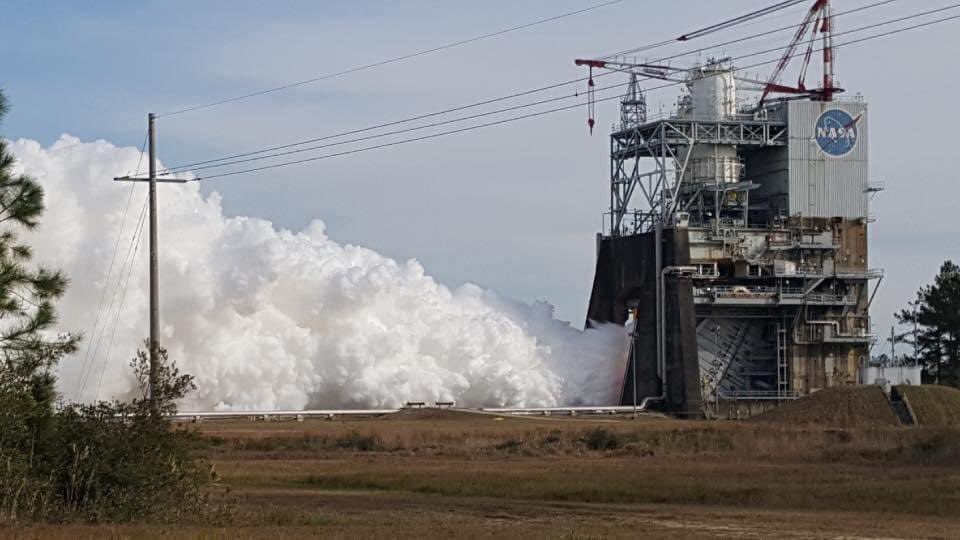 Today Aerojet Rocketdyne’s plans to fire up an RS-25 engine at Stennis Space Center’s A1 test stand for another static fire test.

The RS-25 engine, previously referred to as the Space Shuttle Main Engine (SSME), powered the Space Shuttle and will eventually power the Space Launch System, NASA’s newest rocket in part of the Artemis Program. The first Core Stage of which was tested earlier last month on the B2 Test Stand.

This engine test is a part of a larger engine test program designed to test new components for the future variants of the RS-25. While the first four flights of the SLS will use refurbished engines used on the Space Shuttles, future launches are planned to use the cheaper RS-25E variant for the fully expendable rocket.

Stennis Space Center plans to go live on their Facebook page for the single-engine static fire before the window opens at 1 PM CDT.