[Update: Livestream scheduled] The upcoming Russian led rotation of crew prepares to head to the ISS 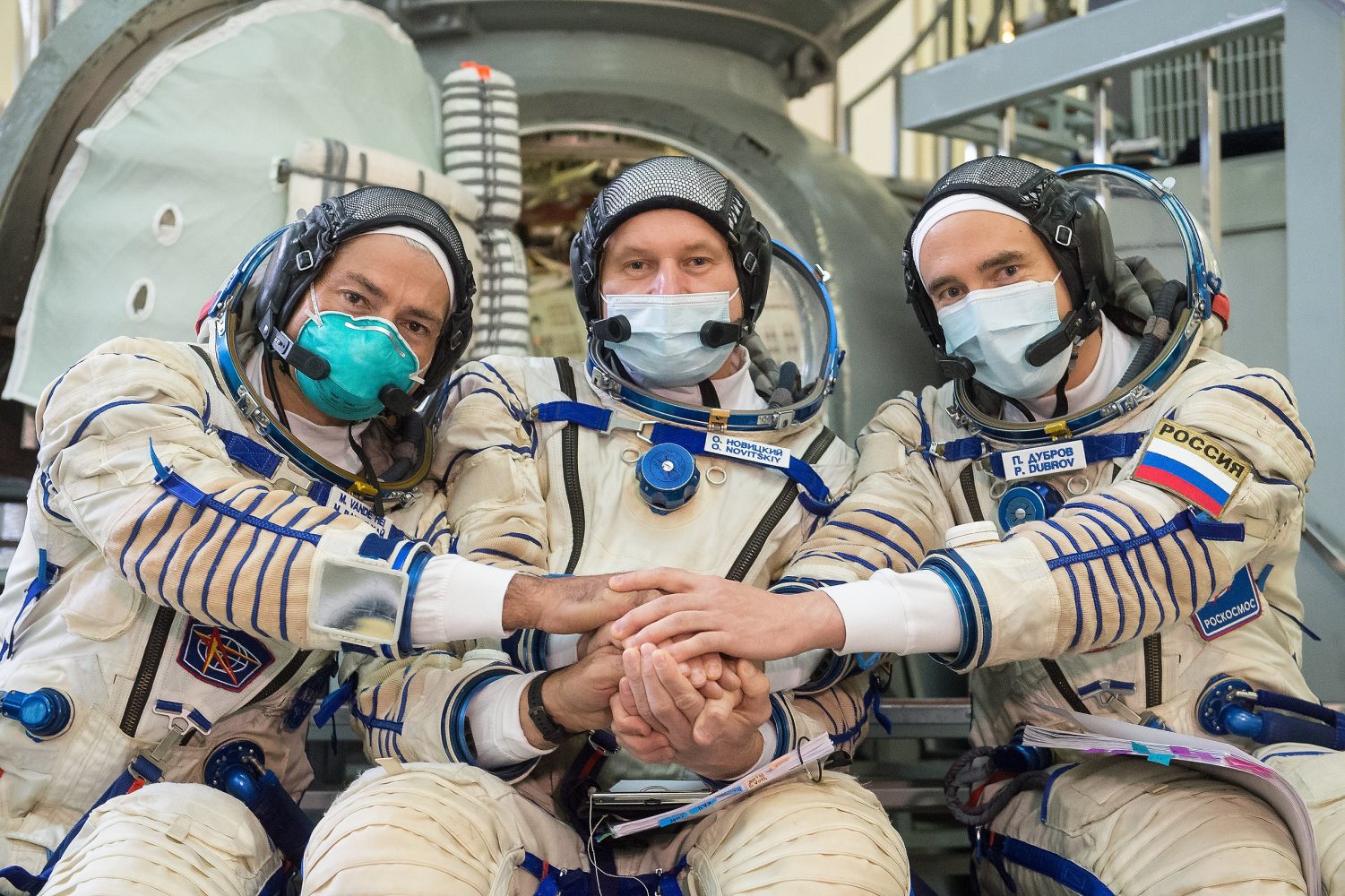 The Russian Soyuz capsule dates back to the 60s as the Soviet Union iterated on their capsule design to carry more crew and last longer in space. It has seen many upgrades over the years but the overall design hasn’t changed, the three-part capsule differs greatly from the US’s designs but it does the job just as well.

The capsule is made up of 3 sections, the orbital module, the descent module, and the service module. All three play important roles in getting the capsule to the orbiting laboratory. The orbital module is the forward-most part of the capsule and holds only the elements that are needed to get to the space station like the docking adaptor, toilet, living area, and cargo. The descent module is the aerodynamic portion in the middle that houses the flight seats that the crew is strapped into during launch, docking, and descent, this is the only portion that returns to Earth. The service module holds the systems needed to maneuver the capsule in space and power it with its two solar panels.

Dating its design back to the late 50s, the Soyuz rocket is part of the R7 rocket family. The R7, the world’s first ICBM, was originally designed to launch nuclear-tipped warheads to the heart of the United States but was also adapted to be able to launch the first satellites into space, Sputnik. Later variations like Vostok carried the first human into space.

Over the decades the rocket has been upgraded to improve carrying capacity and move from an analog guidance computer to a digital one. This current variation of the Soyuz rocket is the Soyuz 2.1a and has launched a total of 50 times (2 crewed) with a 94% mission success rate.