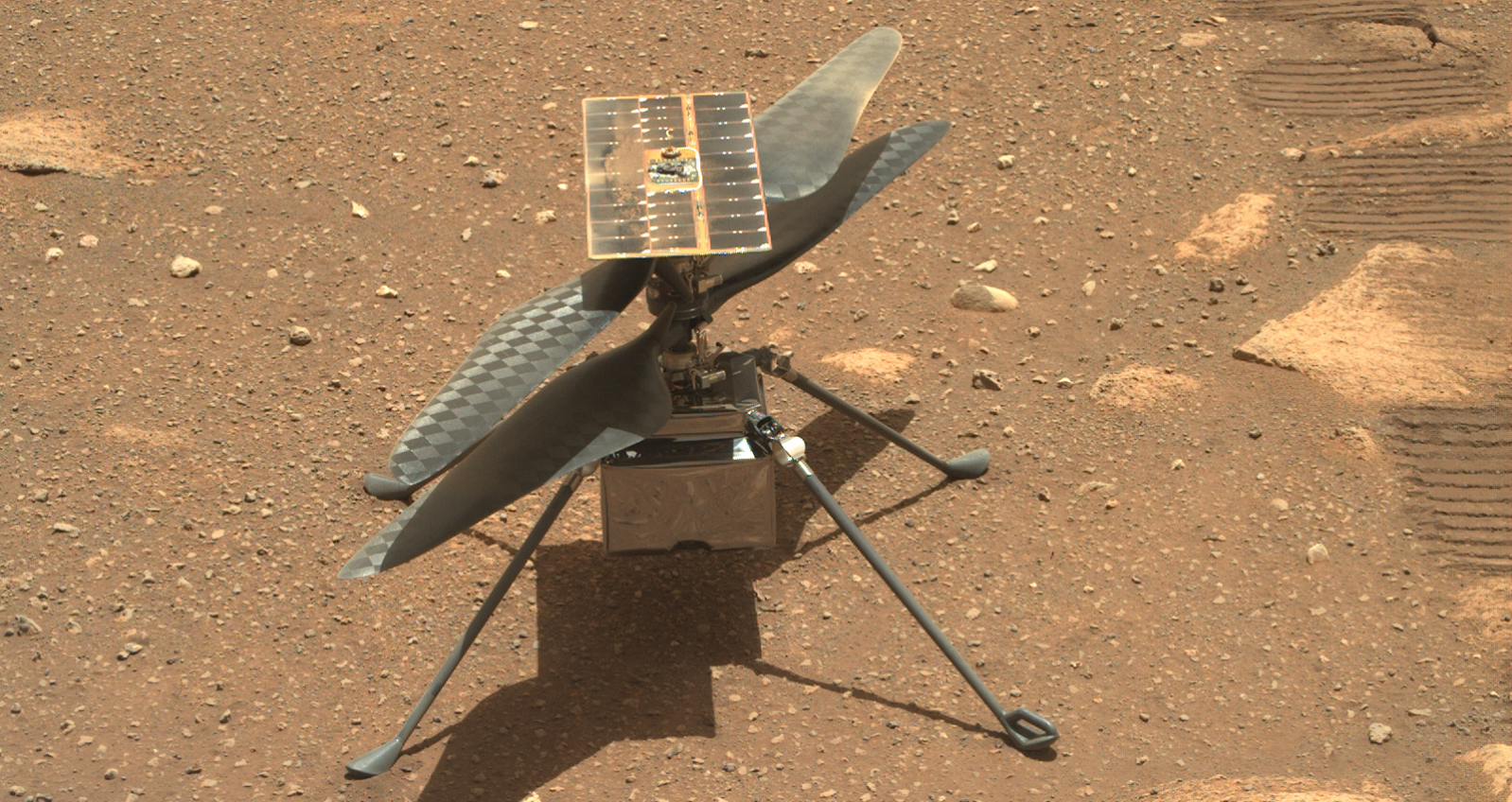 We have been following the deployment of Ingenuity since it first landed on Mars, on the belly of Perseverance, back in February. NASA has been working towards the first flight of Ingenuity, which is scheduled to occur late on April 11th.

Since its drop to the surface on April 3rd, Ingenuity has been surviving each harsh night, charging its batteries, and communicating with the base station built into the Perseverance Rover. Ingenuity has a very high power to weight ratio- weighing only 4 pounds while drawing up to 300 watts during flight. This is needed due to the extremely low atmosphere of Mars.

Ingenuity has gone through a number of tests while on the surface of Mars, most recently, NASA’s Ingenuity team spun up the rotors to a low speed of 50 RPM. This low-speed spin test was successful, so the team will be moving forward with a full-speed 2,400 RPM spin test later today.

The first flight is planned for 12:30 pm Mars local time. This is in order to balance the calmest wind conditions with the time when Ingenuity will have the most charged batteries. Based on the weather observed by Perseverance, it is possible that the wind at the time of flight could exceed the wind level tested on Earth. The teams did run simulations well beyond the expected speeds and so the wind is not expected to cause issues. This conservative first flight will only fly 3 meters high, with a total time between rotor spin-up and landing of 40 seconds.

The team plans to work towards more ambitious goals throughout the five possible flight tests. If Ingenuity survives to a fifth flight, it will take high-risk flights into unsurveyed areas where landing successfully is far less likely. Whether or not Ingenuity survives all five flights, the test campaign will only last for 30 days, after all, Ingenuity is only a small part of the Mars 2020 mission. With Ingenuities reliance on Perseverance as a base station, after the 30-day mark, Perseverance will return focus to its own goals of studying the geology and climate of Mars, determining if life ever existed on Mars, and demonstrating various technologies in preparation for the first human to visit Mars.

You can watch the whole Mars Helicopter Pre-Flight Briefing on YouTube here. NASA’s JPL will go live on their YouTube channel once again on April 12th at 3:30 am EST with the results from the first flight.