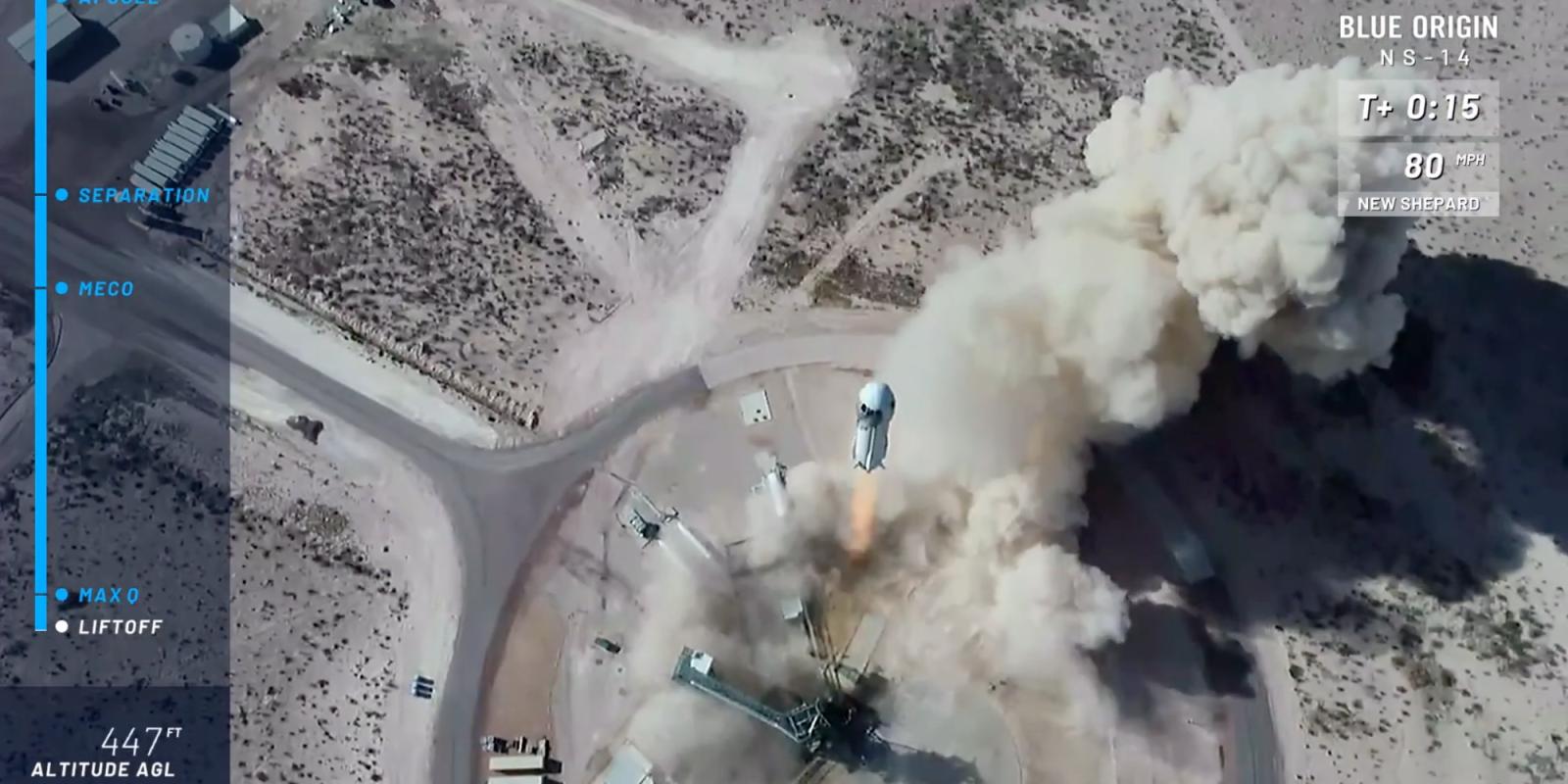 The secret company from Amazon founder Jeff Bezos shared a video this morning to announce you have a chance to buy a ticket on their first crewed New Shepard flight.

Blue Origin, the aerospace company trying to make it in both the space tourism sector and as a commercial launch provider has seen struggles to get government contracts with their orbital New Glenn rocket. While their orbital dreams have been slow to materialize, their sub-orbital game has been strong with 15 flights of their New Shephard rocket.

Their last flight, a crewed dress rehearsal, where Blue Origin employees played the part of potential customers and were strapped in on top of the short rocket at their launch site in Van Horne, Texas. Before liftoff, they were taken out and replaced with a test mannequin that was launch successfully just to the edges of space. The second flown booster landed successfully just off to the side of the launchpad.

We’ve been told that Blue Origin has been getting closer and closer to finally sending paying customers on their rocket sometime soon. Their 16th flight could be the one, after what showed in the video as a very successful crewed rehearsal, it seems the company is ready to fly humans for the first time.

The video released by Blue Origin shows video of their latest flight and some video of a fleet of Rivian electric trucks, a company Bezos also owns shares of, which could be used as their crew recovery vehicles. These trucks could be a good call with the capsule being able to land anywhere while under the power of parachutes.

Blue Origin’s home page has been updated to include a sign-up to learn how to buy a ticket on their first flight but no other information will be revealed until May 5th. Tickets for New Shepard flights are not expected to be cheap. It will most likely set you back a couple hundred thousand dollars, as well as travel expenses to the remote part of Texas where they launch from.

It’s sad to see you will still have to buy your ticket and this is not a giveaway, sense most space enthusiasts will not be able to afford the price of flying on New Shepard. Although the fact that they are ready to start selling tickets is a big step towards flying the first crewed mission.

This first mission could be a way to beat SpaceX to the first fully commercial spaceflight if they can get it up before Inspiration 4 is ready to launch later this year. While New Shepard would win on a technicality, the accomplishment of bringing orbital flight so low that it could be paid fully with private funds is a huge win still.