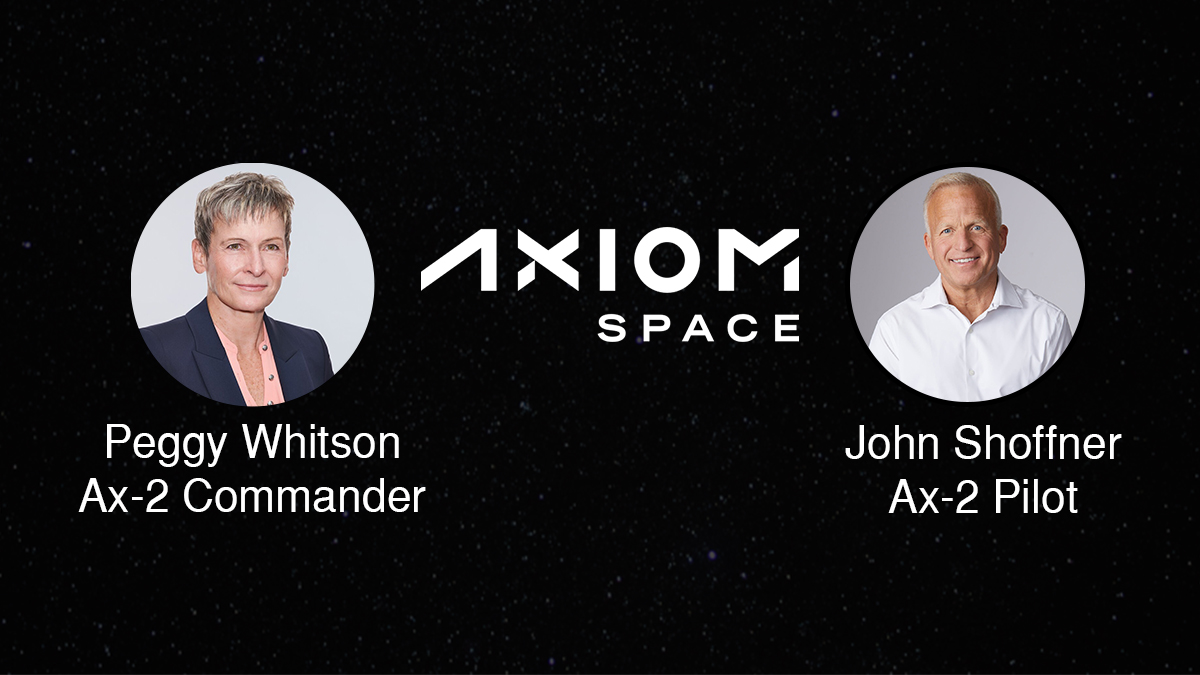 Axiom Space announced the commander and pilot for their upcoming Ax-2 mission this morning, expected to launch NET Fall 2022. The Ax-2 Commander will be Peggy Whitson, a former NASA astronaut with a lot of firsts to her name. Ax-2 Pilot will be John Shoffner, a pilot, motorsport racer, and a life science activist.

The Ax-2 mission will utilize a SpaceX Crew Dragon spacecraft that will be launched from Kennedy Space Center. More crew members will be announced as we get closer to the launch, but we know one seat will be going to the winner of the Discovery channel’s new show “Who wants to be an Astronaut?“. The show currently has an open casting call, so any U.S. adult can sign up for a chance to fly on AX-2. Currently, Whitson and Shoffner are also training to be the backup commander and pilot for the Ax-1 mission, which is expected to launch in early 2022. Axiom Space will continue competing for opportunities to fly commercial astronauts to the ISS every six months. That is, however, subject to NASA approval and the traffic to and from the ISS.

Peggy Whitson was the first female Commander of the International Space Station (ISS) during Expedition 16, along with being the first female ISS Science Officer during Expedition 5. Whitson also holds the record for total time spent in space for US astronauts, 665 days. Whitson retired from NASA on June 15th, 2018 after completing just shy of a year in space in 2017. (Image Credit: Axiom Space)

John Shoffner will have his first spaceflight with the Ax-2 launch. He always wanted to be an astronaut started down the path in 1973 with an appointment with the Air Force Academy. He later said, “I was a bit too free-spirited at the time to adapt to the military lifestyle.” He continued to watch the ever-changing space landscape. In the meantime, he continued on as an airshow pilot and worked on his company that developed methods of placement for fiber optic cables. (Image Credit: Axiom Space)

Shoffner is undergoing training on how to use ISS systems and will receive specialized training for their mission.

Axiom Space will be working with California-based company 10X Genomics to test and validate new technology for sequencing cells. Both Whitson and Shoffner will receive training on how to use the equipment to then create the protocols for sequencing in micro-gravity.