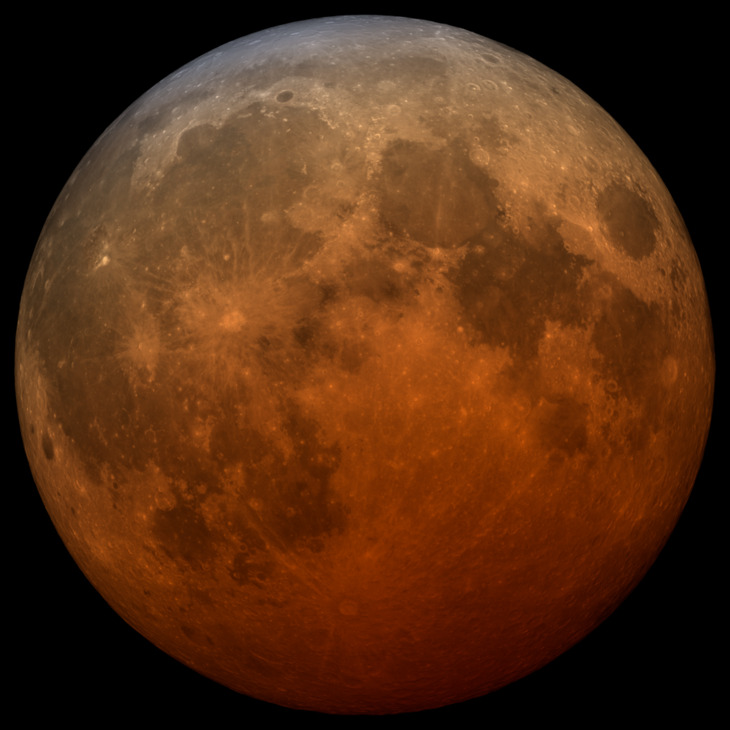 Early tomorrow morning, there will be a lunar eclipse visible across the western United States. This will be the first time in six years that we have seen a total solar eclipse occur with a supermoon.

The eclipse will begin at 1:46 a.m. PDT and will be in totality between 4:11 a.m. and 4:26 a.m. PDT. Unfortunately, states east of Texas will not see the total eclipse, but most of the Eastern states will still see a partial eclipse. Only a few states in the North East will be unable to see any eclipse tonight. As the moon moves into shadow it will slowly turn red in color.

If you are on the west coast of the U.S. don’t miss tonight’s total lunar eclipse! The next total eclipse won’t be until May of next year.

What is a lunar eclipse?

A lunar eclipse occurs when the shadow of Earth falls onto the surface of the moon. This is the opposite of a solar eclipse, where the shadow of the Moon falls onto the Earth, blocking the Sun. The red color during a lunar eclipse is often referred to as a blood moon. This red color is the result of sunlight that goes through the Earth’s atmosphere being refracted and reaching the surface of the moon. Different wavelengths of light refract differently through the atmosphere, resulting in the longer wavelengths of light being more prevalent on the lunar surface. This is much like the way prisms refract white light into a rainbow of light.

Make sure to grab a camera or telescope to enjoy the view tonight but of course also take the time to enjoy it with your naked eye.