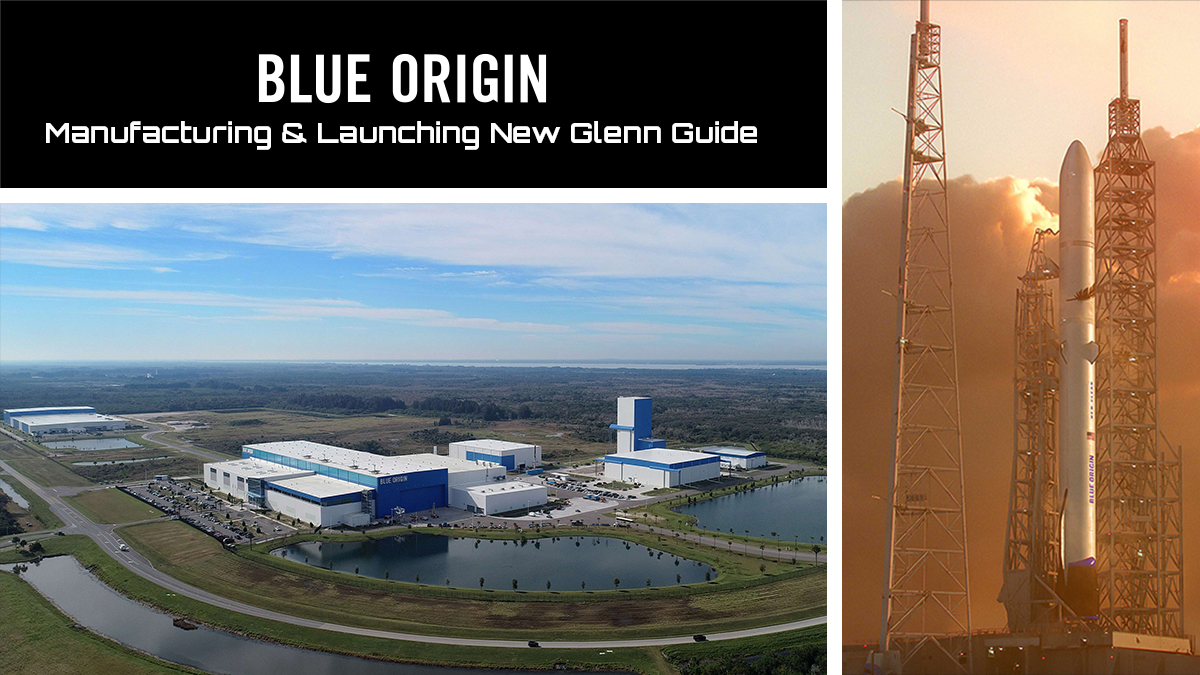 The secretive company founded by Jeff Bezos has been in and out of the news a lot in recent years. Below is an overview of the facilities they have built up across Florida to support their mission to break into the commercial launch industry.

Blue Origin’s presence in Florida began back in 2015 for the then-unknown New Glenn rocket. The manufacturing facility was under construction when New Glenn was announced in 2016 and it was also announced that they would use Space Launch Complex 36. Blue’s presence grew at an exponential rate afterward and continues to this day. With the New Glenn rocket currently targeting a maiden flight NET Q4 2022, here is an overview of what Blue Origin has created to support their massive rocket so far

We will first go through the New Glenn Manufacturing Complex at Exploration Park and the faculties located there. Then we will take a look at Launch Complex 36, the New Glenn Orbital Launch Site, at Cape Canaveral Space Force Station. This article will be updated with new information and any corrections as they are needed.

Blue Origin signed a lease with Space Florida in 2015 to construct their manufacturing complex at Exploration Park. This site now dominates the area with future expansions in the works. This is where New Glenn will be built and tested before heading off to the launch site for final testing and launch.

This site has also been a great marketing decision for the company as anyone visiting NASA’s Kennedy Space Center Visitor Center has to pass part of this facility. The largest of buildings in the complex, with its large “Blue Origin” lettering, can been seen almost anywhere in the park

This is the biggest facility of the complex. This facility handles to final manufacturing of New Glenn along with housing offices and the Mission Control for New Glenn launches. A New Shepard launch vehicle and crew capsule are on display in the massive lobby, both of which have flown to space. Also located in this facility are the fairing ovens used in the construction process.

Coming in at 235 feet, this is the tallest building of the Complex and dominates the sightlines. New Glenn’s first stage tanks will be brought into this facility to undergo inspections and pressure testing.

This facility is similar to the TCAT but is further away from other facilities at the complex with a height of 100 feet. The 2CAT will likely be used to test tanks to failure. Whether this facility will be used just for second stage tanks is unknown. It could look like the facility NASA used to test an SLS core stage tank to failure. It is also possible that this site will simply be designated for second stage tank inspections and pressure testing.

The Surface Coating Facility will likely be where the tanks will receive paint and other coatings to protect and seal the tanks. This section will be updated once we have a better idea of what occurs in this facility.

This section will be updated once we have a better idea of what occurs in this facility.

Not much is known about what occurs in this facility. It is possible that various smaller sections and pieces of New Glenn are built and are then brought over to the main Manufacturing building for integration. There could also be tooling in this facility that did not fit in well in the main building.

Blue Origin leased Launch Complex 36 in 2015 from Space Florida and began work around the summer of 2016. Launch Complex 11 was also leased with the intent of building an engine test stand. However, this plan was scrapped once Blue Origin started leasing an engine test stand at NASA’s Marshall Space Flight Center. Work on the pad is nearly complete ahead of New Glenn’s maiden flight no earlier than Q4 2022.

This is the largest building at the site. The Integration Hangar will provide space for final vehicle closeouts and payload integration. New Glenn is designed for horizontal payload integration, like Falcon 9/Heavy, with no options for vertical integration as of now. The fully integrated launch vehicle will then roll out to the pad on a transporter and then taken vertically. Some booster refurbishment could also occur inside the hangar.

The launchpad consists of 3 main sections: the Access Tower, Lightning Protection Tower, and Launch Mount. The Access and Lightning Tower dominate the sightline of the Space Coast, being visible from almost anywhere. Once New Glenn rolls out from the Integration Hangar, it will go vertical at the Launch Mount. This sits right above the deluge basin. The Access Tower will provide access to New Glenn once it is vertical along with the possibility of receiving a Crew Access Arm in the future.

With New Glenn having a reusable first stage, they will need some facilities for refurbishment. A building dedicated to booster and facility refurbishment is expected sometime in the pad’s future. We could also see booster refurbishment take place at the manufacturing complex in the beginning.