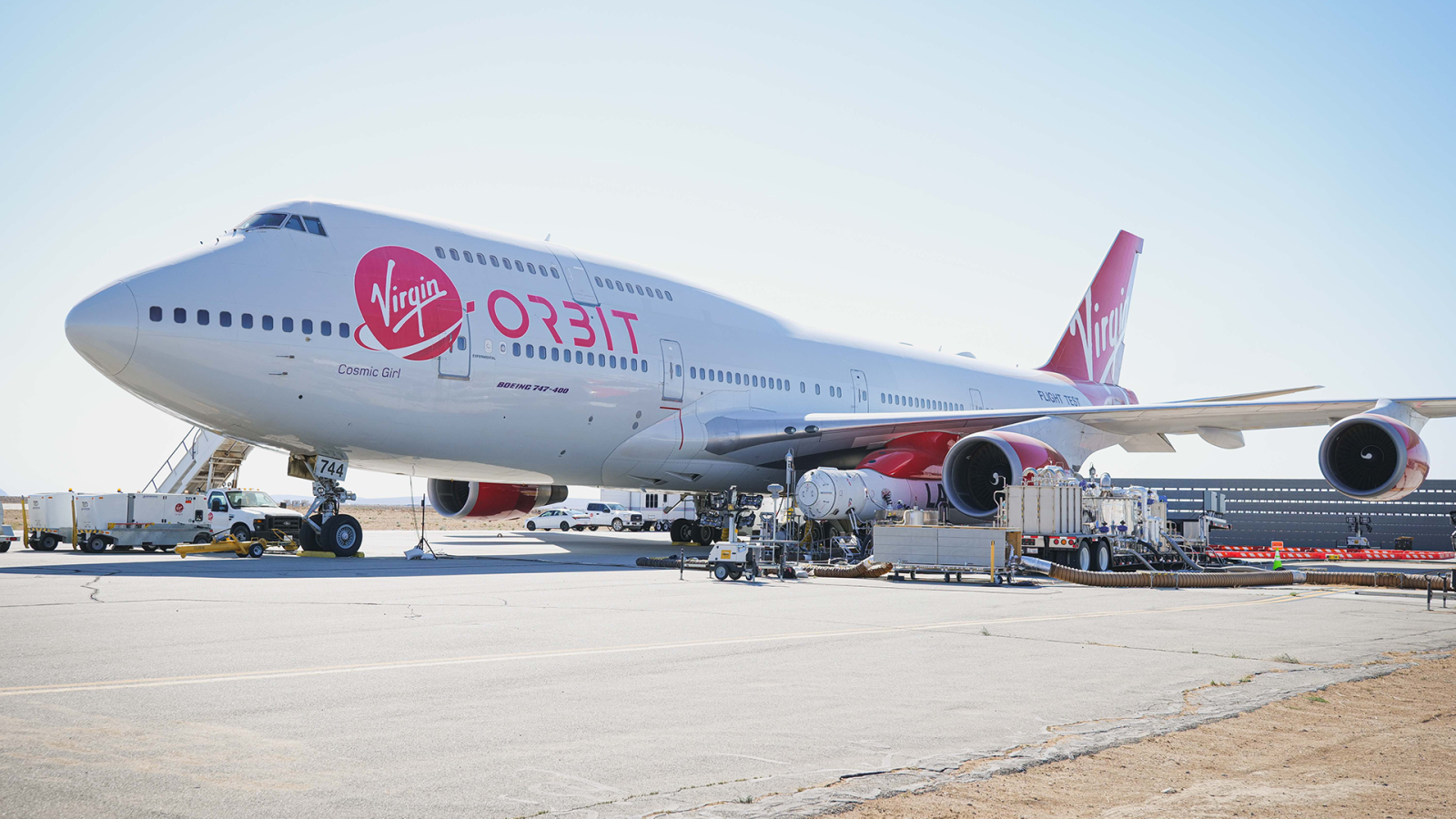 Virgin Orbit has become one of the newest launch providers to come online with the success of their Demo 2 launch earlier this year. Now their first operational mission is nearing launch readiness by the end of this month.

Virgin Orbit, the commercial launch provider of Sir Richard Branson’s Virgin Group, is the newest small-sat launcher to be able to launch payloads successfully into low-Earth orbit. Their rocket, LauncherOne, is a liquid-fueled two-stage air-launched vehicle that is dropped from the wing of an old Virgin Airlines 747.

This may seem overkill for a small-sat launcher but LaucherOne is big, larger than Rocket Lab’s Electron and can carry up 300 kg to low-Earth orbit, up to 500 kg to a sun-synchronous orbit. Their newest mission named Tubular Bells, Part One will carry several cube-sats for the Department of Defense’s Space Test Program, Royal Netherland’s Air Force, and several commercial companies.

The rocket for Orbit’s third launch is currently going through final testing and is attached to the carrier aircraft, named Cosmic Girl. Teams have so far been happy with the rocket’s performance that they are planning to conduct a wet dress rehearsal for the launch.

This is where fuel is flowed into the rocket and is prepared to launch but the countdown is stopped well before the terminal count. Also, the payload is currently not integrated at this time and will be once these tests are complete.

When will LauncherOne fly?

Currently, Virgin Orbit is attempting to get the rocket ready to open their launch window by the end of June. Teams have already integrated all the payloads into their respective dispensers. Soon Orbit will move the stack from their headquarters in Long Beach, California to where Cosmic Girl will fly at Mojave Air and Space Port.

There a special trailer will mate the payload stack onto the rocket and teams will begin reviewing if they are ready to fly.