Exclusive: SpaceX’s new droneship has finally earned its wings with the install of deck extensions, Starlink 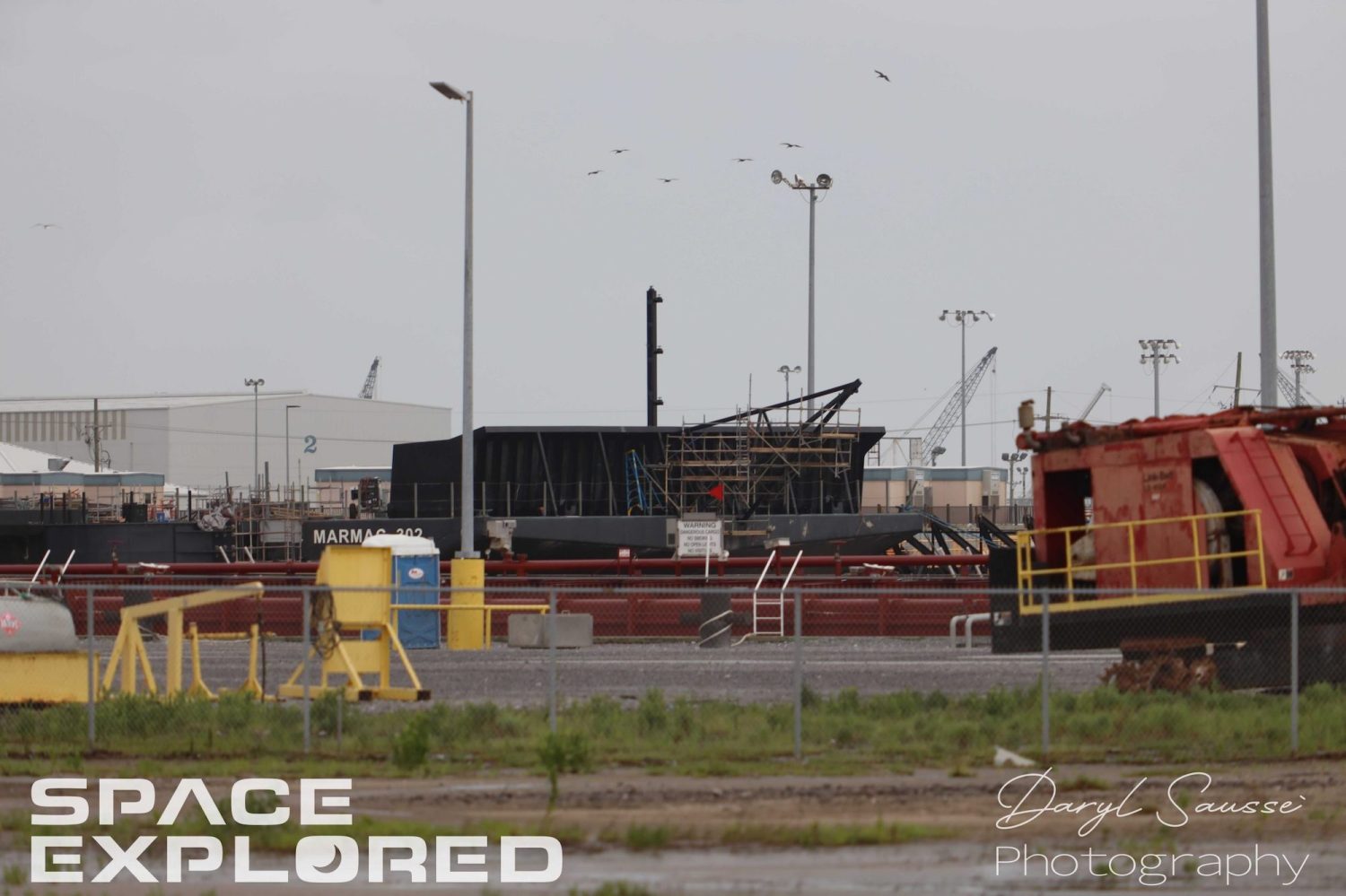 As SpaceX’s new droneship, A Shortfall of Gravitas, has been under construction, we’ve said that the design has changed radically. We have been wondering when ASOG would finally gain its wings, and that time seems to be now.

A Shortfall of Gravitas will replace Of Course I Still Love You in the east coast recovery fleet after OCISLY left for the west coast earlier this month. Recently, launches from Cape Canaveral have slowed down. This is due to the completion of the first orbital shell for Starlink and more high-profile government launches. Despite the slowdown, a second droneship will soon be needed in Florida. Falcon Heavy is set to launch once again. In order to improve the payload to orbit capabilities, without sacrificing the side boosters, dual-droneship landings will be used in place of return to launch site landings.

As for the state of Marmac 302, the barge that ASOG is built on, new additions seem to pop up each week. This week we have the addition of what looks like a deck extension on the starboard side. The barge has also been rotated, most likely in order to add the same extension to the port side.

New photos of SpaceX’s A Shortfall of Gravitas

The biggest takeaway from this week’s update is the addition of that deck extension. Many other aspects of the design seemed to have changed, with more equipment in the stern. This decision to install the extensions shows that SpaceX still wants extra landing space for the boosters. This also means A Shortfall of Gravitas won’t look too out of place next to its older siblings Of Course I Still Love You and Just Read the Instructions.

You may have noticed that the tarps which previously surrounded parts of the deck have been taken down. We aren’t certain how much deck work has been done and there is a possibility that extensive work is still needed, but that is hard to tell from a distance.

There have been no updates from Elon Musk about when we might see ASOG make the move over to Florida, but with a nearly finished looking droneship hopefully some news will come soon.