Space Perspective wants to take you to the edge of space for $125,000 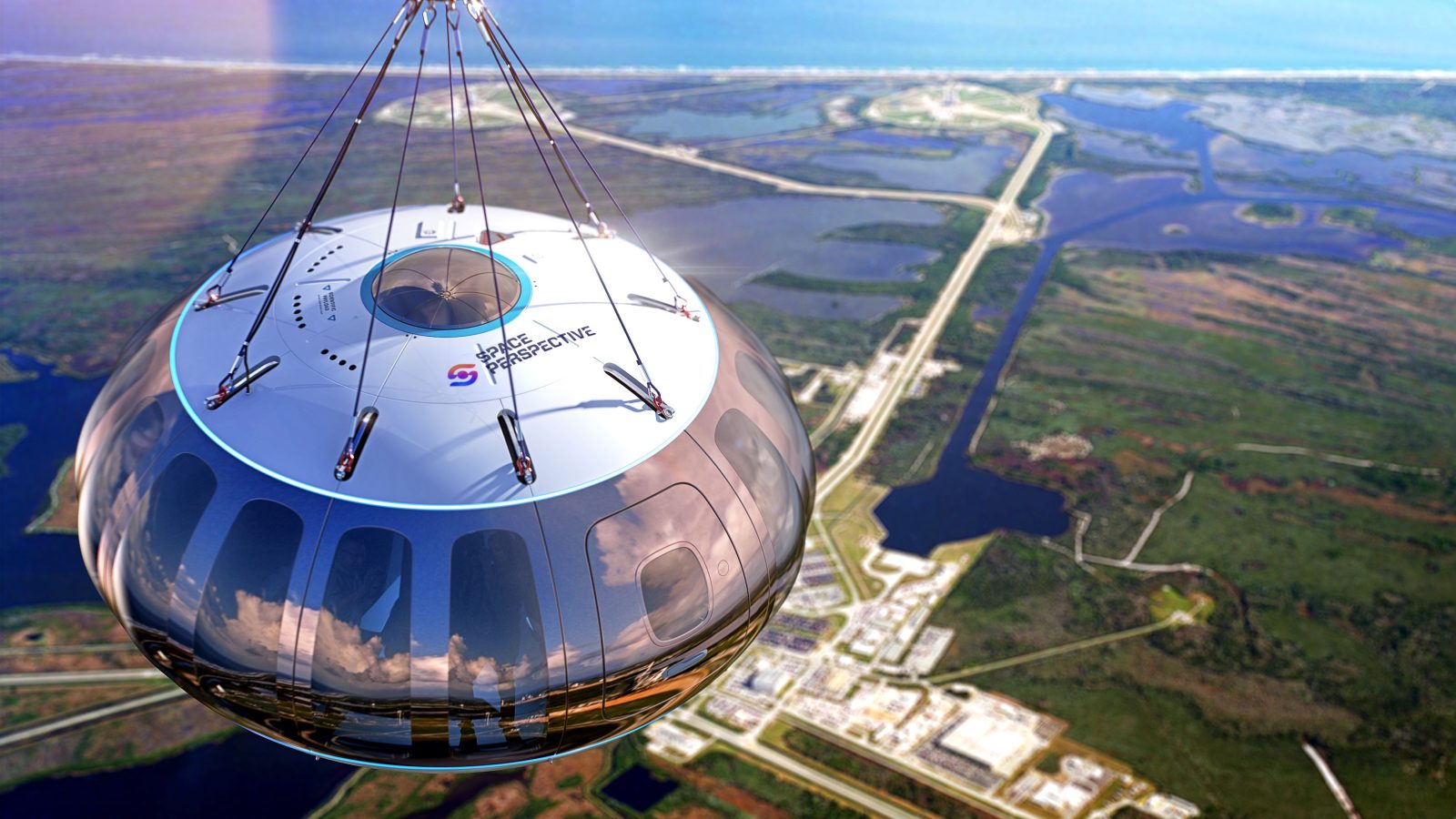 Space Perspective wants to be your ride to the edges of space all for the cost of $125,000. Which compared to the rumored half a million for Blue Origin’s New Shepard, it might just be the best deal. If you’re willing to compensate.

First, Space Perspective is truly only taking you to the edge of space. Their plan to hop on the space tourism buzz is to “launch” a stadium-size balloon, with a viewing platform attached, from Titusville’s Space Coast Regional Air and Space Port. The balloon slowly raises up over the space coast to reach a peak altitude of 20 miles, about three times as high as commercial airliners fly.

This is far below the 62 miles (100 km) where the international space community recognizes space beginning. It is also not even close to the lower 50 miles (80 km) that the United States says space starts. But you still will be able to clearly see the curvature of the Earth, which is a big reason why people want to go to space.

Introducing a new era in luxury travel experiences: Space Perspective reimagines the thrill of space exploration with the world’s most radically gentle voyage to space. Space Explorers and travel adventurers looking to upgrade their bucket list can now savor 360-degree views of planet Earth from 20 mi/30 km above in a luxurious six hour trip, inside Spaceship Neptune, propelled by a state-of-the-art spaceballoon the size of a football stadium. Up to eight guests can have the sensational experience from the comfort of plush, reclining seats in a beautifully appointed capsule, complete with a bar and a bathroom, for $125,000 each.

The brainchild of pioneering entrepreneurs and space travel experts Jane Poynter and Taber MacCallum, Space Perspective wants more people to experience the lifechanging views from space that to date have only been accessible to astronauts —making it possible by applying flight technology also used extensively by NASA for many years.

This transformative opportunity, taking reservations now for flights to space as soon as late 2024, opens up the possibility of exploring space to a wider audience than has historically been possible. The space curious who would have considered it either too risky — or expensive — now have the opportunity to experience the exhilaration of traveling to space, with a safe and gentle ascent, a world away from rocket-fueled space endeavors. The ground-breaking, pressurized

Truly Neptune One, the name for Space Perspective’s spaceballoon, is a hot air and weather balloon crossed together. The thrill of flying into the sky underneath nothing but a balloon but at the altitude you see weather balloons reach.

Is it worth it? That’s up to you, Space Perspective says their method is safer and offers the traveler spectacular views of Earth for over two hours. That’s far longer than Virgin Galactic or Blue Origin but then you also miss out on the weightlessness and thrill of a launch. Either way, space tourism is still in its infancy, and eventually, we may see prices drop as the market matures but for now we’re stuck with these high priced options.