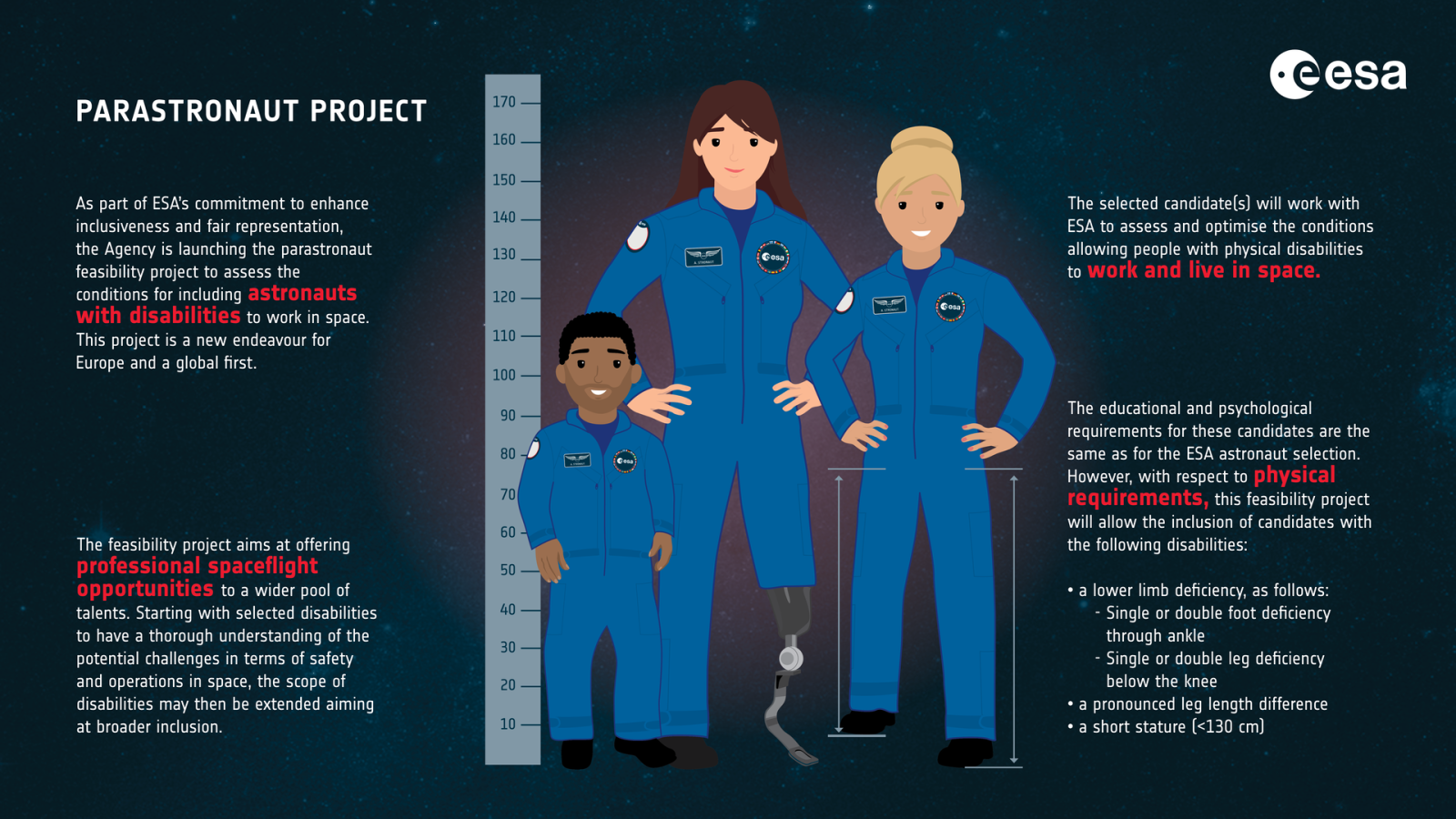 Josef Aschbacher is pushing a major initiative at the European Space Agency to recruit and launch the first physically disabled astronaut to space. Reuters reports that several hundred of 22,000 ESA astronaut applicants who have applied are eligible thanks to ESA’s initiative.

“We would like to launch an astronaut with a disability, which would be the first time ever,” the Austrian added. “But I’m also happy for ESA because it shows that space is for everyone, and that’s something I’d like to convey. Space is developing extremely fast and if we don’t catch up with this train we are left behind,” he added, outlining plans to refashion the agency as a more entrepreneurial player ready to work with venture capitalists to help grow European start-ups that could one day rival the Silicon Valley players.

Opening space to everyone will require putting in the work first, and the ESA is laying the groundwork for supporting a parastronaut program.

ESA is ready to invest in defining the necessary adaptations of space hardware in an effort to enable these otherwise excellently qualified professionals to serve as professional crew members on a safe and useful space mission. There are many unknowns ahead of us, the only promise we can make today is one of a serious, dedicated and honest attempt to clear the path to space for a professional astronaut with a physical disability.

The ESA describes its current phase of the project as step zero. The space agency is learning what is possible and what requirements will be necessary to support parastronauts. Specifically, the ESA is seeking candidates who apply to one of these specific characteristics:

As for budgeting for the initiative, the ESA “will commit an initial budget of 1M€“ while also seeking multiple partners and stakeholders to help support the endeavor.

The phrase “space is for everyone” is often used to promote diversity in space (and more recently, pricey private space flights). At this point in space flight history, inclusion milestones are still plentiful for being reached.

The ESA is currently transparent in how nebulous the parastronaut program is it its current form, but the effort could mark the beginning of an historical door opening for a community previously excluded from space flight. Work aboard the International Space Station and elsewhere in space requires expertise in a given field that is unrelated to physical ability.

We hope the parastronaut initiative is supported and seen to fruition in the years to come. Importantly, all space flight technology to date has been created to support crewed space flight for anyone with the inability to breathe on their own — i.e. every spacefaring life form. Now imagine the efficiency of a powerful mind in a zero gravity environment where physical disabilities become irrelevant.