Exclusive: SpaceX’s newest droneship gets Starlink dish and a tug to take it home 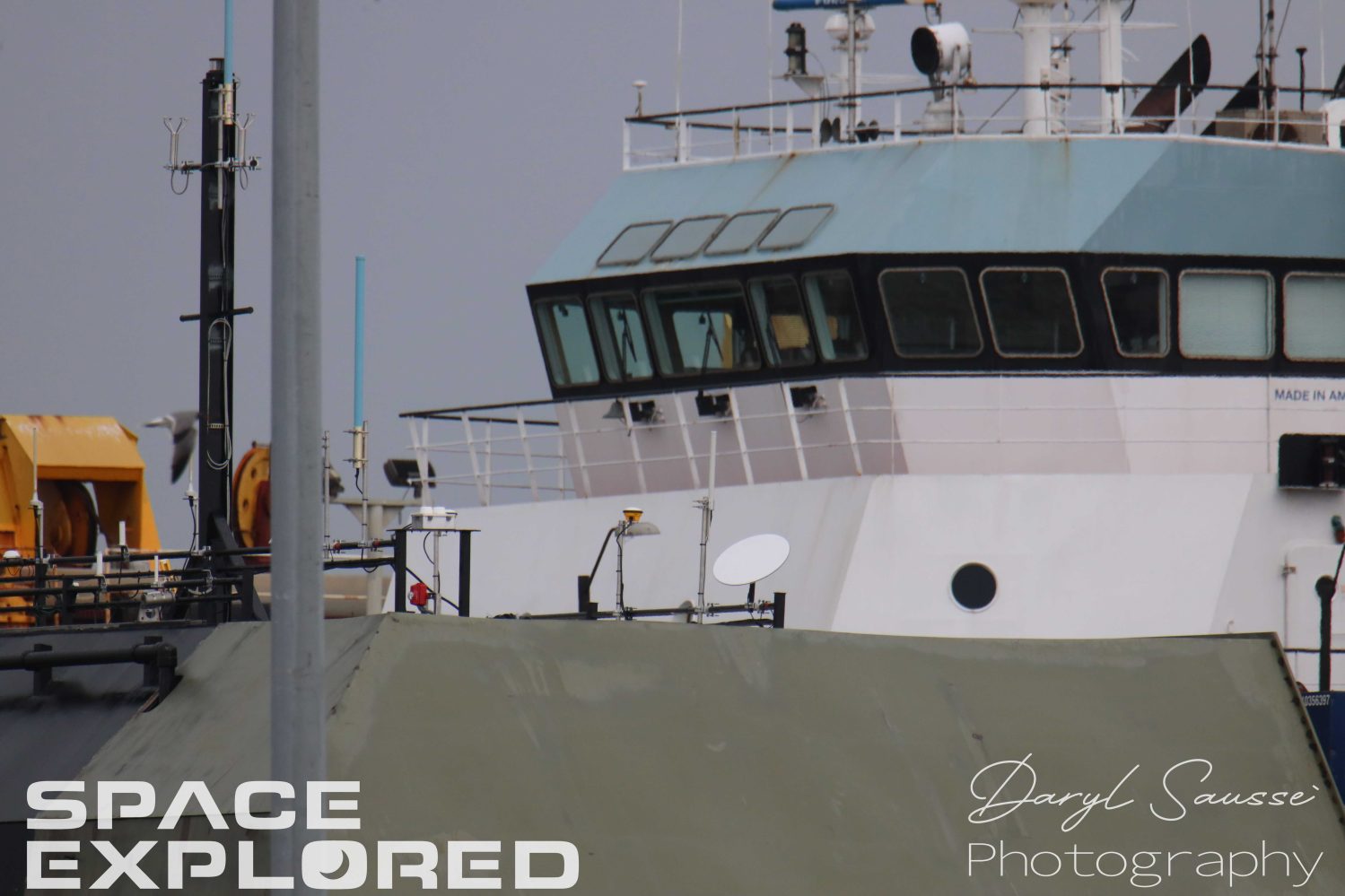 We’ve been waiting a while to see any sign that shows SpaceX’s third droneship A Shortfall of Gravitas is nearing completion. This week, a few of those signs have shown up, proving that ASOG is getting reading for operation.

Finn Falgout is one of the big players over on the east coast and has supported a large number of launches with SpaceX’s other droneships. The tug arrived at the port and is currently docked near ASOG. Late last week it departed Port Canaveral and set its destination for Port Fourchon, which triggered the first sign that the new droneship is ready for its trip to Florida.

First, we will most likely see the droneship conduct sea trials out in the Gulf of Mexico, rather than off the coast of Florida. It makes sense to conduct these tests near a place they can make any needed changes rather than a less friendly commercial port like in Florida. We could see the start of these trials in the coming days.

Of course over the weeks of tracking, we’ve noticed that the design of the ASOG has changed dramatically. The majority of the equipment needed for operations has been moved to the rear of the barge with a large metal structure surrounding the Ocotograbber garage. New parts of that structure were added to connect all of the prefabricated sections together, making it one large structure in the back.

The scaffolding that has surround the rear structure the last few weeks has been removed revealing a plethora of new items. Front and center is a brand new fire suppression system. These are used to to subdue any fire after landing or a possible failed landing.

Just to the right of the red fire hose is a PTZ camera that is used for remote monitoring/livestreams. This doesn’t look like your average camera, enclosed in a fire and shock-proof housing. These items, along with weather sensors, communication arrays, and most importantly a Starlink terminal have all been attached to the structure above Octograbber’s garage. The Starlink terminal has been seen for the last couple of weeks, but finally has a permanent home.

Similar to last week, ASOG has been rotated 180 degrees, again, showing off a new deck extension on the port side of the barge. It’s hard to tell how similar these will be to the older versions but we will get better images once it departs Fourchon.

The bow tow hook still sports its scaffolding, so we need to see the scaffolding removed before the droneship can be on its way. Once that is removed then we can expect the first sea trial any day of the week.