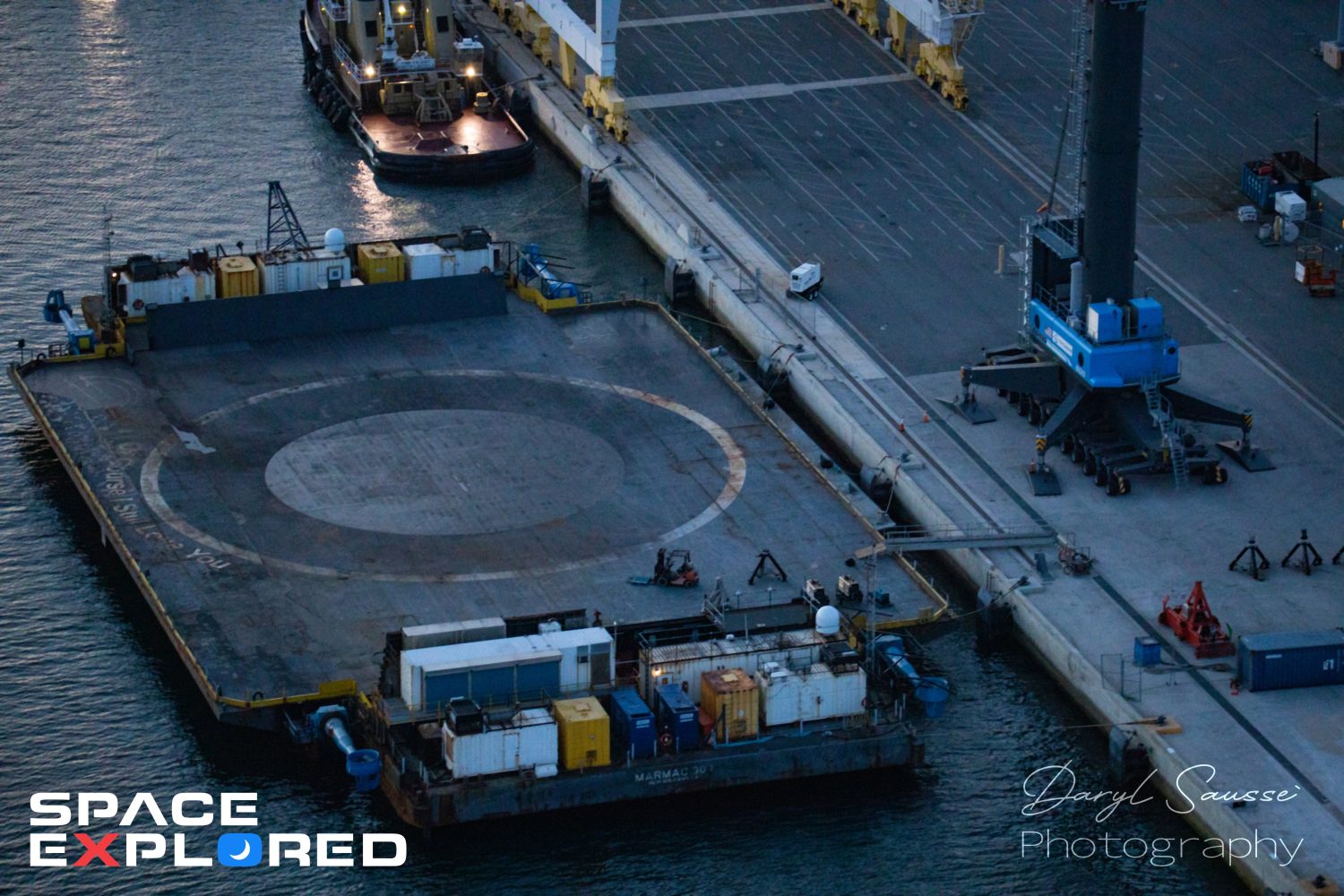 After its month-long trip, Of Course I Still Love You arrived at Port Long Beach earlier this morning. The trip isn’t officially over yet, the droneship will still need to be unloaded from its carrier vessel named Mighty Servant 1.

The trip started all the way back on June 9th when OCISLY was towed out of Cape Canaveral and taken to Freeport in the Bahamas. There the tug and barge were met by Mighty Servant 1, a heavy lift vessel, that could carry the droneship the rest of the way.

The trip included a voyage through the Panama Canal which ended up taking about 5 days to complete. Once in the pacific, Might Servant finished the trip up the Mexico and California coast to its current position right outside Port Long Beach.

The next step in this process will be to unload OCISLY from the deck of Mighty Servant 1. This process could take days and will happen just outside the port rather than inside it. Once offloaded, it can then be towed to its new home at the old SeaLaunch dock.

What’s next for the droneship?

As you can tell by the smaller blue thrusters, OCISLY has yet to receive the upgrades its twin Just Read The Instructions got last year. While JRTI’s upgrades took place in a dry dock in Louisiana there is a possibility OCISLY’s upgrades could happen at Port Long Beach.

There is a possibility of a Starlink launch happening as soon as July 12th from Vandenberg Air Force Base but it is unlikely that will take place. No preparations have been seen or heard to be taking place for that just yet. With that being said, Elon Musk is sure to want the new addition to the West Coast fleet operational as soon as possible.

Of Course I Still Love You Port Long Beach