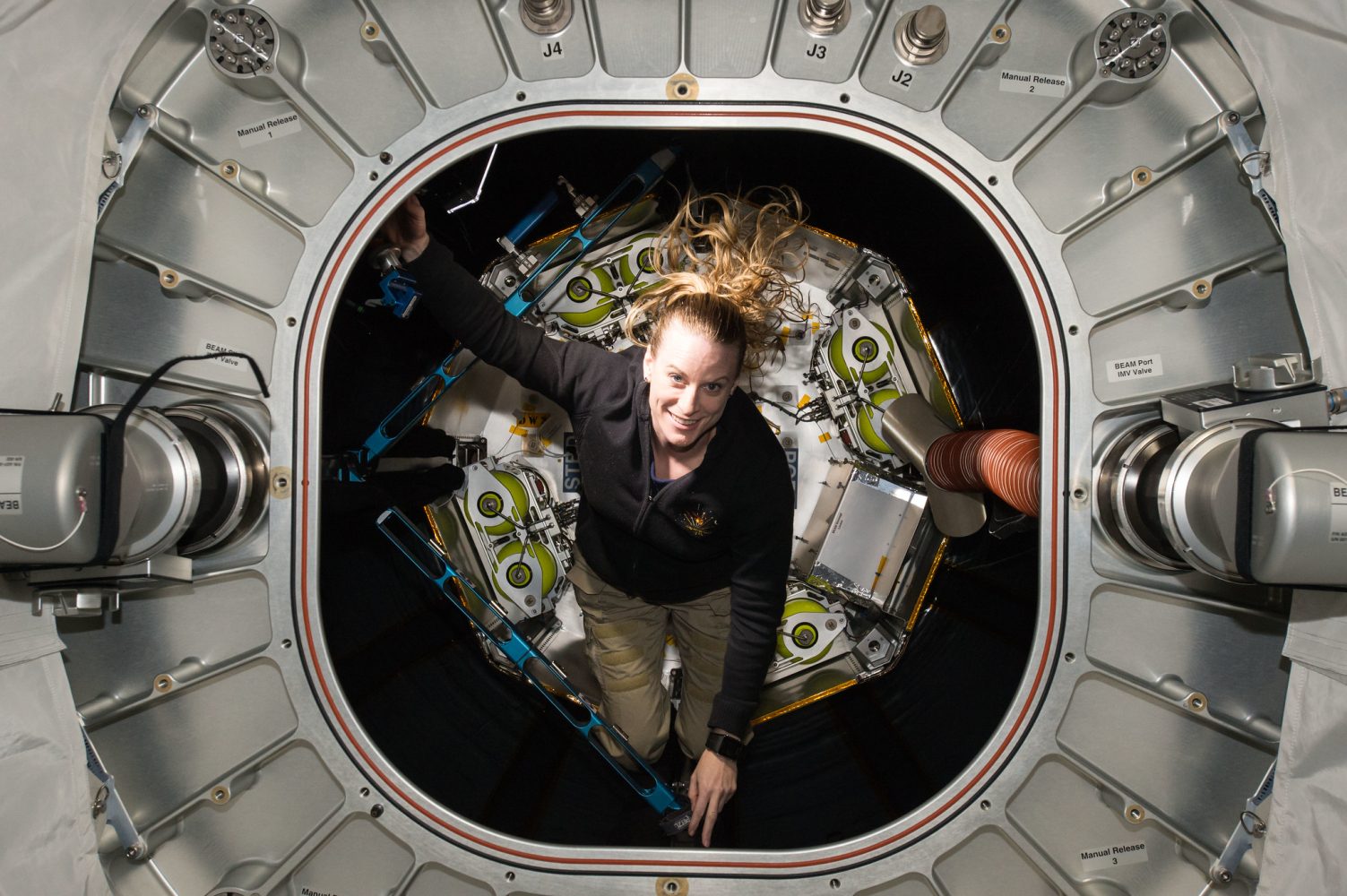 NASA astronaut Kate Rubins will fly to the International Space Station in October for a six-month mission as part of Expedition 63 and Expedition 64. Astronaut Rubins will serve as a flight engineer and space station crew member.

The flight will be recorded in history for the last Soyuz seat purchased by NASA from Russia’s space agency Roscosmos.

NASA shared the announcement in a press release on Wednesday:

Rubins, along with cosmonauts Sergey Ryzhikov and Sergey Kud-Sverchkov of the Russian space agency Roscosmos, are scheduled to launch Oct. 14 on the Soyuz MS-17 spacecraft from the Baikonur Cosmodrome in Kazakhstan.

Among some of the hundreds of experiments ongoing during her mission, Rubins will conduct research using the Cold Atom Lab to study the use of laser-cooled atoms for future quantum sensors, and will work on a cardiovascular experiment that builds on an investigation she completed during her previous mission.

NASA selected Rubins as an astronaut in 2009, and she completed her first spaceflight in 2016 as an Expedition 48/49crew member. She launched July 6, 2016, and spent 115 days in space, during which she conducted two spacewalks totaling 12 hours and 46 minutes before her return to Earth Oct. 29, 2016. During her stay on the space station, Rubins helped advance important science and research and became the first person to sequence DNA in space.

Since 2011, NASA has relied on paying millions of dollars to Roscosmos for leasing seats to the ISS on Soyuz rockets launched from Baikonur Cosmodrome in Kazakhstan. NASA purchased the final seat for the October launch last month.

American spaceflight returned to the U.S. on Saturday, however, when SpaceX sent NASA astronauts to the ISS for the first time since the space shuttle was retired in 2011.

Going forward, SpaceX and later Boeing will send astronauts from various space agencies around the world to the ISS for NASA missions. NASA astronauts are expected to continue to fly on Soyuz rockets as well, but no payment will be required with NASA and Roscosmos trading seats.