Here’s a map of every successful, failed, and future Mars landing site ever

NASA is planning to send its Perseverance rover to Mars as soon as next month with four major goals. Whether you’re just learning about Mars exploration for the first time or could use a refresher, follow along below for a map and details of every successful, failed, and future Mars landing attempt ahead of the next exciting NASA launch.

NASA’s first successful Mars landing dates back to 1976 with the Viking 1 lander arriving on the red planet in July of that year with the Viking 2 following shortly after in September.

So far there have been eight successful Mars landings and NASA’s Perseverance rover is the next attempt with a launch window opening in July. China is also planning to send its Tianwen-1 rover to Mars around the same time.

For a fascinating look at every Mars landing attempt, check out the infographic that has them mapped and detailed below (via The Planetary Society).

And here’s a look at just the successful and future attempt sites: 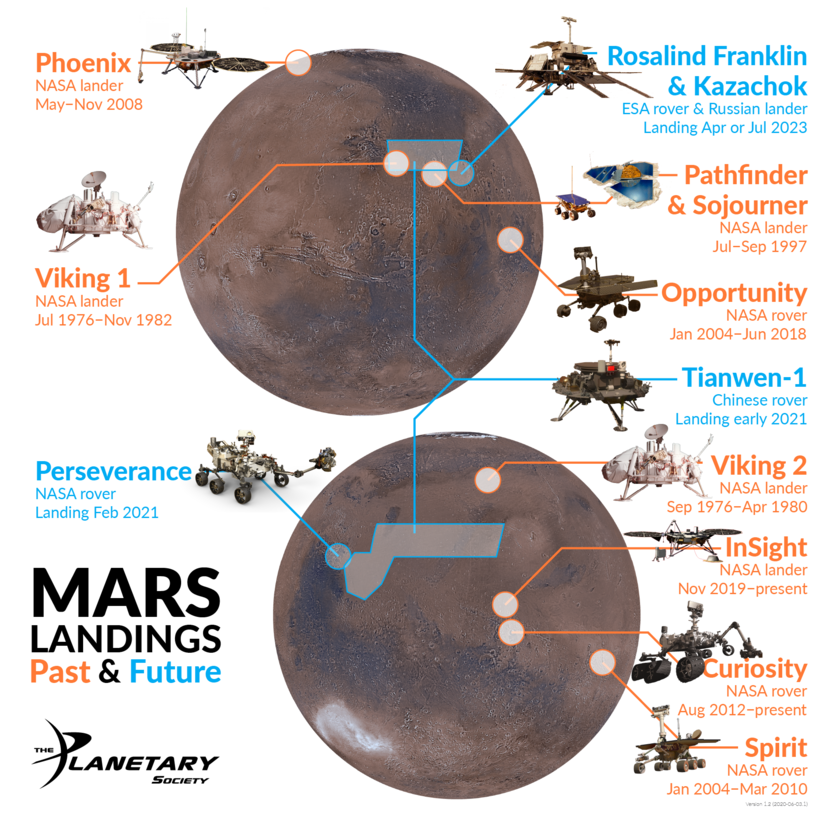 As we previously covered, here are NASA’s primary goals with the Perseverance Mars rover:

Learn all about the Perseverance rover in our full coverage here.