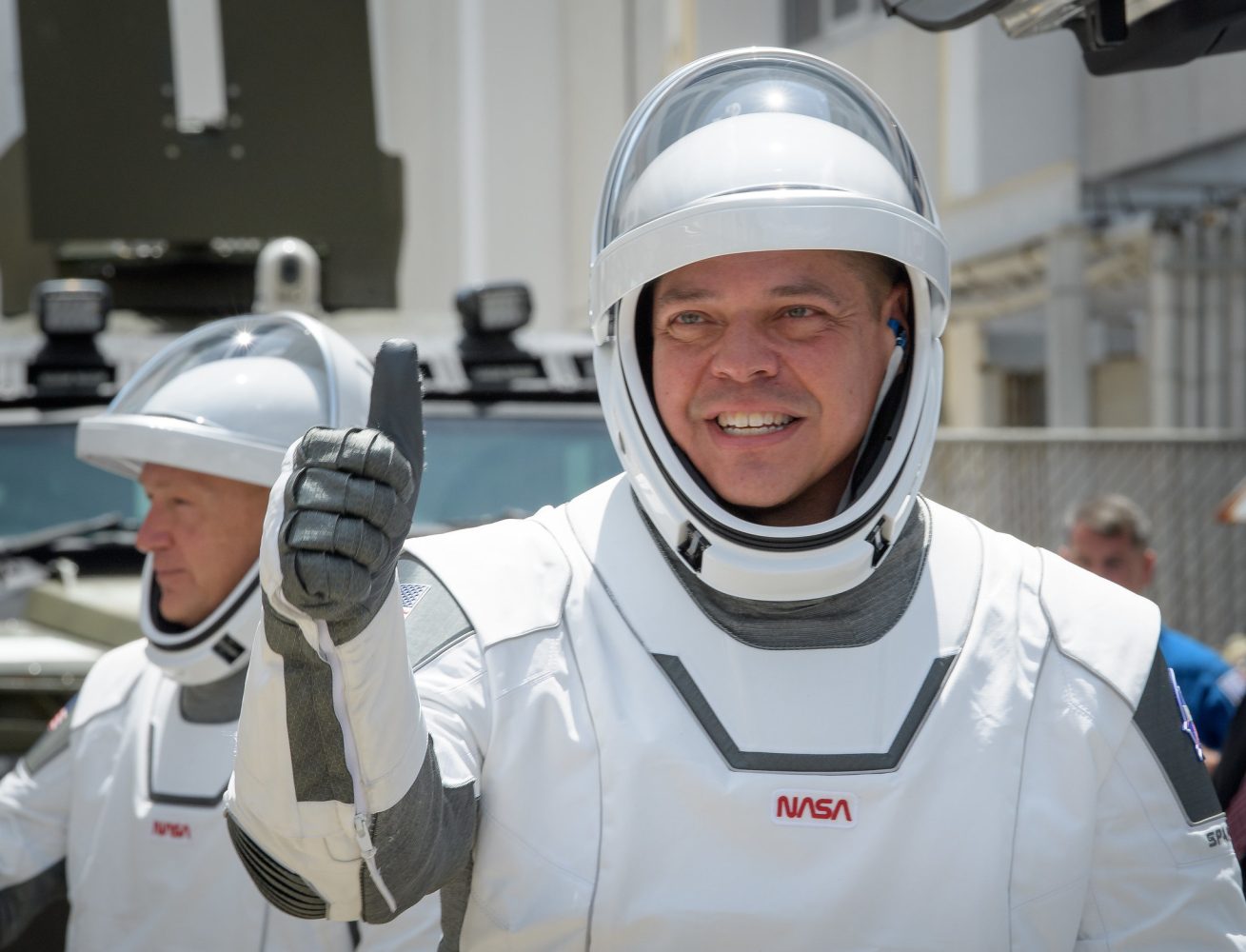 Bob Behnken arrived at the International Space Station two weeks ago on a SpaceX Crew Dragon spacecraft. Now the NASA astronaut is about to leave the confines of the space station for the first time since arriving.

NASA shared today that astronauts Bob Behnken and Chris Cassidy will complete two spacewalks outside of the space station.

This particular set of spacewalks is notable for two reasons. Astronaut Behnken is one of two astronauts who flew on the first SpaceX ride to the International Space Station. This spacewalk is taking place in the middle of that flight test mission.

The spacewalk will also mark the last chapter in a three-year process of upgrading power to the space station.

The spacewalking astronauts will replace aging nickel-hydrogen batteries for one of two power channels on the far starboard truss (S6 Truss) of the station with new lithium-ion batteries that arrived to the station on a Japanese cargo ship last month. The battery replacement work is the culmination of power upgrade spacewalks that began in January 2017.

The first spacewalk will take place on Friday, June 26, followed by a second spacewalk on Wednesday, July 1. NASA will stream live coverage for both spacewalks, each of which may last seven hours, starting at 6 a.m. each day.

Behnken has previously participated in six spacewalks from the International Space Station during 2008 and 2010 space shuttle missions. The NASA astronaut will add up to 14 hours of spacewalk time to his existing history of 37 hours spent working in space.

Astronauts Behnken and Hurley will complete their flight test mission sometime in August when the duo returns home from the ISS in the SpaceX Crew Dragon spacecraft.