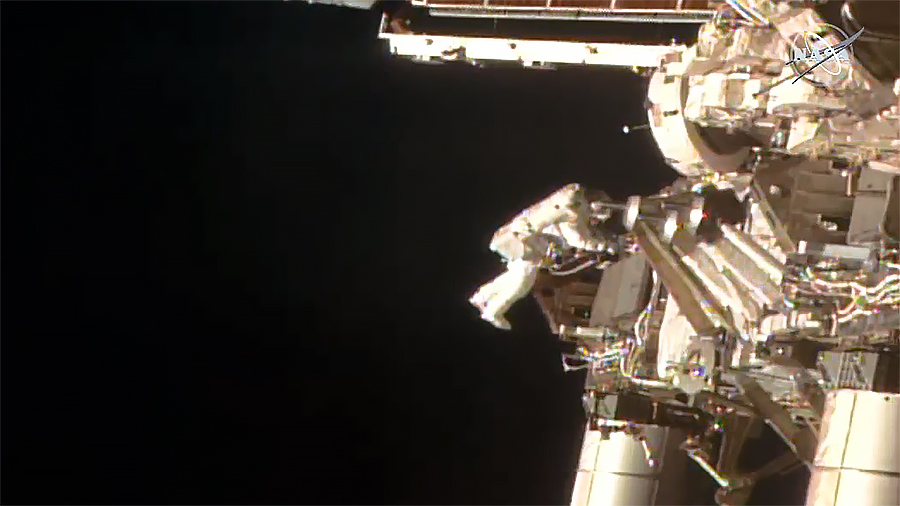 NASA will live broadcast astronauts Chris Cassidy and Bob Behnken on spacewalks this month as part of the International Space Station’s power system upgrades. The repairs are scheduled to go live on Thursday, July 16 and Tuesday, July 21.

According to NASA, Cassidy and Behnken will replace nickel-hydrogen batteries with new lithium-ion batteries brought to the station in May by Japanese cargo.

On July 16, the astronauts will remove up to six old batteries to install three new ones. The second stage of the replacement is expected to be done on July 21, when the crew will remove the remaining nickel-hydrogen batteries.

This is the 300th spacewalk with American astronauts since Ed White left the Gemini 4 capsule on June 3, 1965. Moreover, this will mark twelve successful spacewalks to replace the batteries of the International Space Station since 2017.

With the batteries replaced, the astronauts will switch gears and remove two lifting devices of the station. They’re also preparing to install an airlock provided by NanoRacks in the Tranquility module later this year.

When the power upgrades are complete, the astronauts will shift gears and remove two lifting fixtures used for ground processing of the station’s solar arrays prior to their launch. They’ll also begin preparing the Tranquility module for the installation of a commercial airlock provided by NanoRacks and scheduled to arrive on a SpaceX cargo flight later this year. The airlock will be used to deploy commercial and government-sponsored experiments into space.

NASA astronaut Bob Behnken arrived at the space station in June after launching on SpaceX’s Falcon 9 rocket and Crew Dragon spacecraft on May 30 — a historic launch marking the return of human spaceflight capabilities in the U.S. and the first crewed launch for SpaceX.

Cassidy and Behnken completed prior spacewalks on June 26 and July 1.