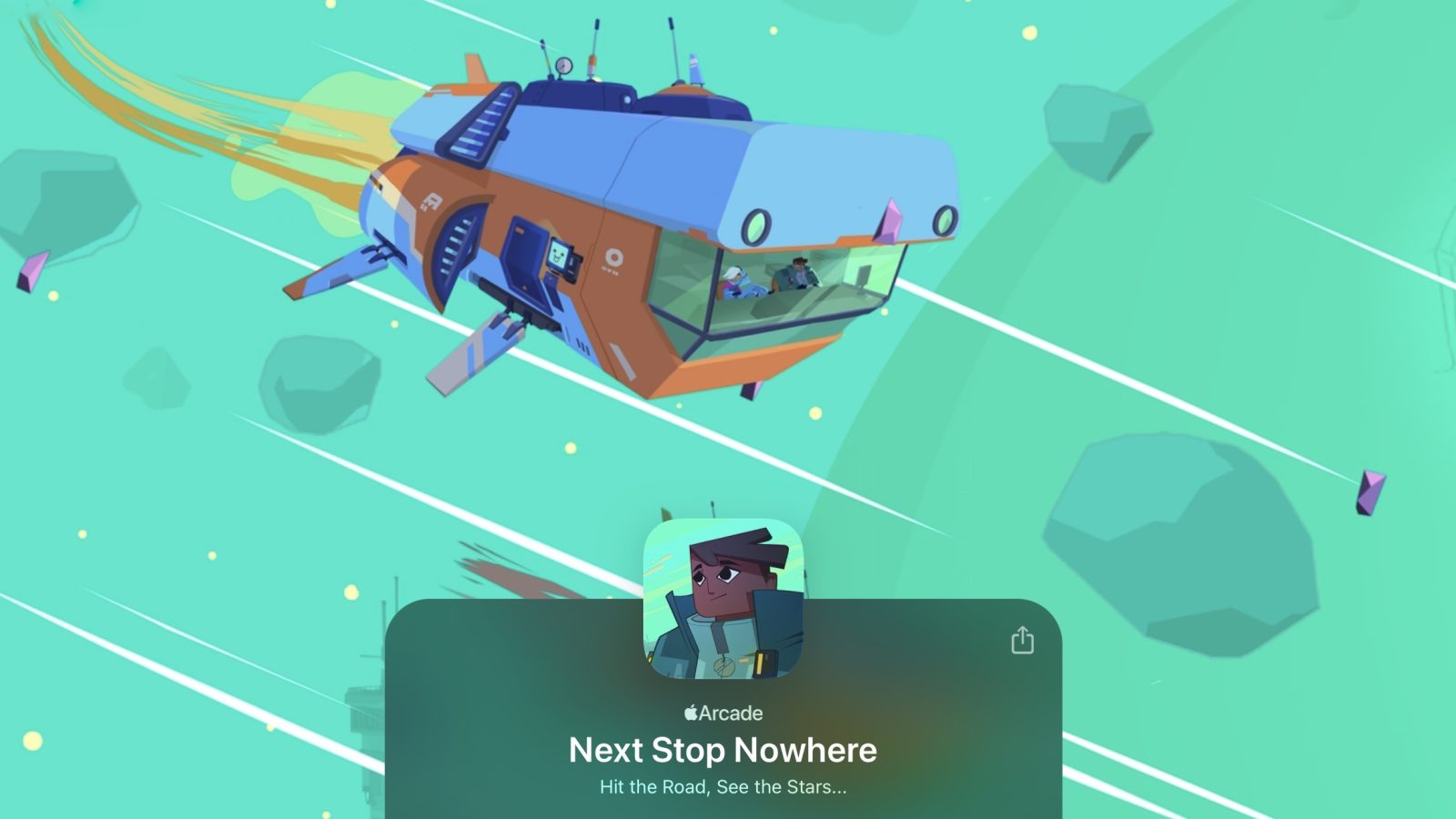 Apple’s game service has been regularly adding new titles since the platform debuted in 2019. And the newest game offers players the adventure of a road trip through a “cutthroat vision of outer space.”

Next Stop Nowhere is a space adventure with a rich narrative, intelligent conversation system that affects the outcomes of the game, a spaceship with a “personality,” a unique imagining of space, and much more.

Play as Beckett, a simple courier living a simple life until a chance encounter with former bounty hunter Serra throws him into an adventure he never expected. And might not survive.

Next Stop Nowhere comes from the developer Night School Studio who created the highly-rated Oxenfree and Afterparty.

If you haven’t tried out Apple Arcade you can give it a spin with a free one-month trial. The service offers over 100 games, no-ads, ability to play offline, and more.