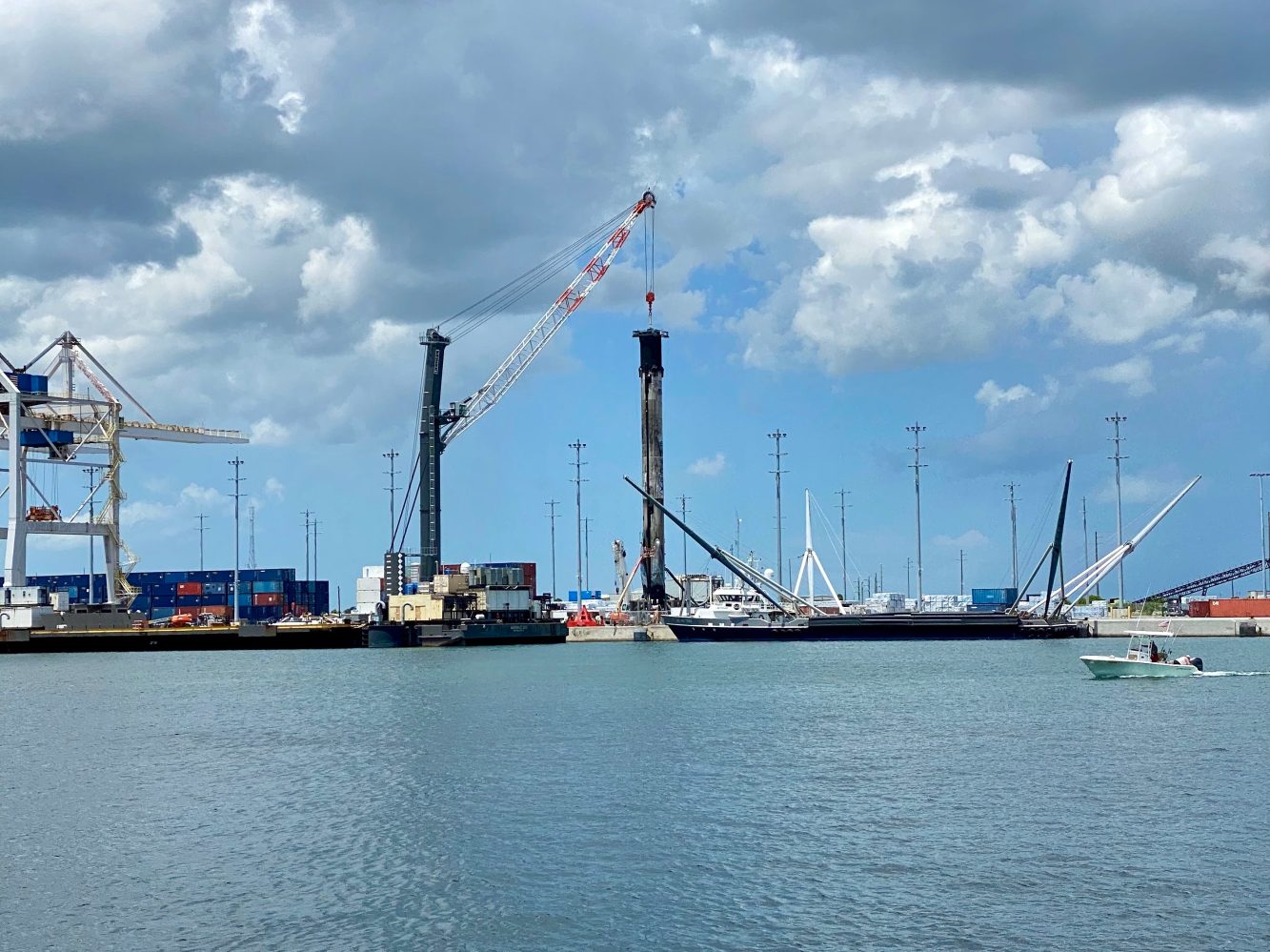 SpaceX is attempting to set a new reusability record for its Falcon 9 rocket boosters today with its Starlink 10 mission. The Falcon 9 rocket first stage is designed to land after giving the second stage and payload a boost into space. Reusing first stage boosters helps reduce the cost of spaceflight.

If today’s launch is successful, SpaceX will achieve a new record for itself of reusing a booster for a total of six times. The first stage booster on today’s Falcon 9 rocket has been flown five times prior to today’s mission, with the earliest in September 2018.

SpaceX is launching its Starlink 10 mission to deploy 58 broadband internet satellites into space for its upcoming global internet service under the same name. The mission is also a ridesharing mission with three spacecrafts (SkySats 19-21) from Planet onboard.

SpaceX will attempt to recover the six times flight-proven Falcon 9 first stage with a landing on its droneship called “Of Course I Still Love You” positioned in the Atlantic Ocean. The company also attempts to recover fairing halves after fairing separation to reduce the cost of each mission. SpaceX says today’s fairing was previously used on the fourth Starlink launch.

Update: Successful launch and landing for a sixth flight for the booster!