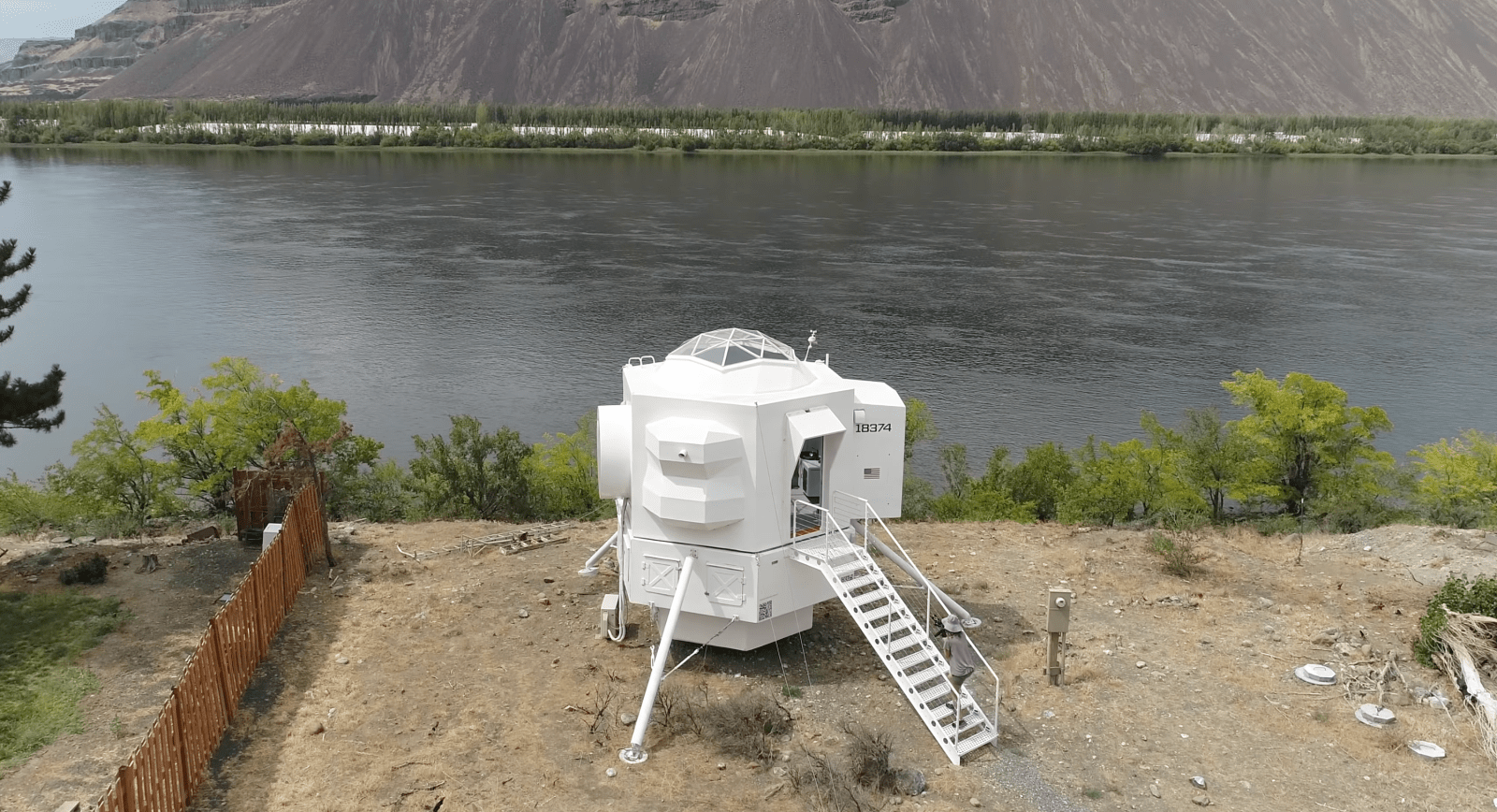 Kurt Hughes wanted to be an astronaut, but poor vision prevented the boatbuilder from living that dream. While it may not be the Moon, Hughes applied his boatbuilding skills to creating his own lunar lander-style home that’s actually inhabitable.

Hughes, who says he doesn’t fish, wanted to design a “high-tech fishing shack” on the bank of the Columbia River near his home in Washington.

Relying on boat-building methods, Hughes avoided nail framing and created his own carbon-fiber structural insulated panels (SIPs) using his pioneering “Ziploc Space Bags”: a vacuum bagged plywood, epoxy mix light enough to be transported from his Seattle backyard to his riverfront resort on the back of his pickup truck.

The space-inspired shack takes inspiration from the design of NASA’s Moon landing system for astronauts during the Apollo program.

Tucked between two conventional homes, the lander is permitted residential. After a run-in with an inspector who was sure the home relied on a steel structure, Hughes avoided extra electrical inspections by wiring the lighting as 12 volt (something that doesn’t require inspection). The shelter actually relies on the biaxial fiberglass used in catamarans for its structural strength.

As you’ll see in the video, the riverside lunar lander getaway even survived a fire. How soon can we book this on Airbnb?