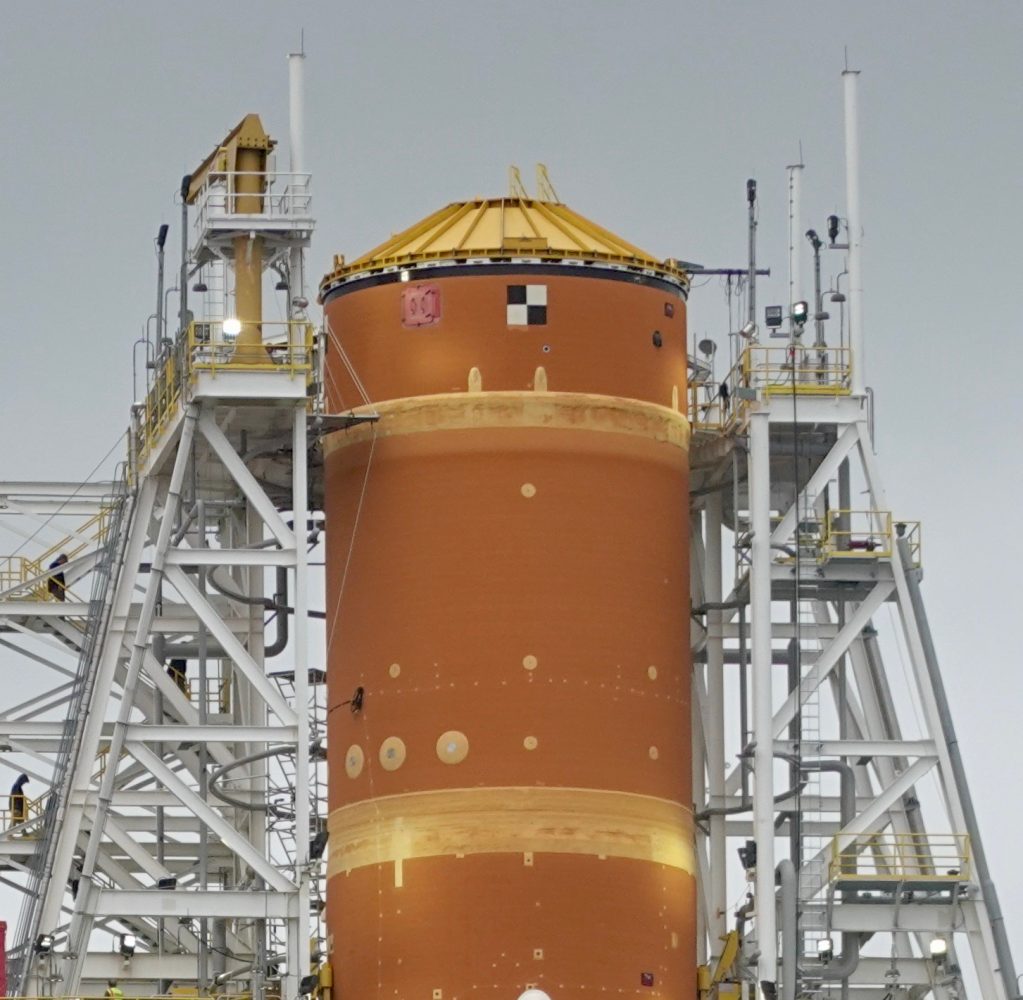 NASA has closed its space center in Mississippi and secured a critical piece of Moon-bound rocket hardware ahead of Hurricane Sally’s impact on the Gulf Coast this week. Stennis Space Center in South Mississippi is home to the B-2 Test Stand where NASA engineers have been busy testing the rocket core stage for Space Launch System.

Hurricane Sally is expected to make landfall as a Category 2 hurricane (96-110 mph wind speeds) Tuesday night before weakening to a tropical storm on Wednesday. The current trajectory shows Stennis Space Center directly in the storm’s path.

NASA tells us that only essential personnel are currently staffing Stennis Space Center. The B-2 Test Stand where Space Launch System core stage is located will remain in a secured state until potential damage from Hurricane Sally is assessed.

Historically, Stennis Space Center has hosted critical engine testing for NASA from the Apollo Saturn V era through the Space Shuttle program. More recently, NASA’s facility in Mississippi has progressed through Green Run test steps to clear the fuel tank and rocket for liftoff. Once each test step is completed, NASA’s Pegasus barge will transport the Space Launch System core stage from Stennis Space Center in Mississippi to Kennedy Space Center in Florida where SLS assembly will be completed before launch in late 2021.

The space agency currently has plans for three lunar missions under the Artemis program using SLS. Artemis I, an uncrewed mission, is expected to fly by the end of next year. Artemis II is a crewed lunar flyby mission. Artemis III, a crewed mission that will bring the first female and next man to the surface of the Moon, will follow as soon as 2024 according to NASA’s current plans.

While core stage testing at Stennis Space Center has progressed this year, NASA’s facility in Mississippi has faced multiple unavoidable obstacles from the coronavirus pandemic to Hurricane Laura. The latest Gulf Coast-bound storm system is expected to make a direct hit to the space center while Laura shifted toward East Texas and West Louisiana before making landfall.

Space Explored will monitor the impact from Hurricane Sally and provide updates this week.

Zac Hall contributed to this report.