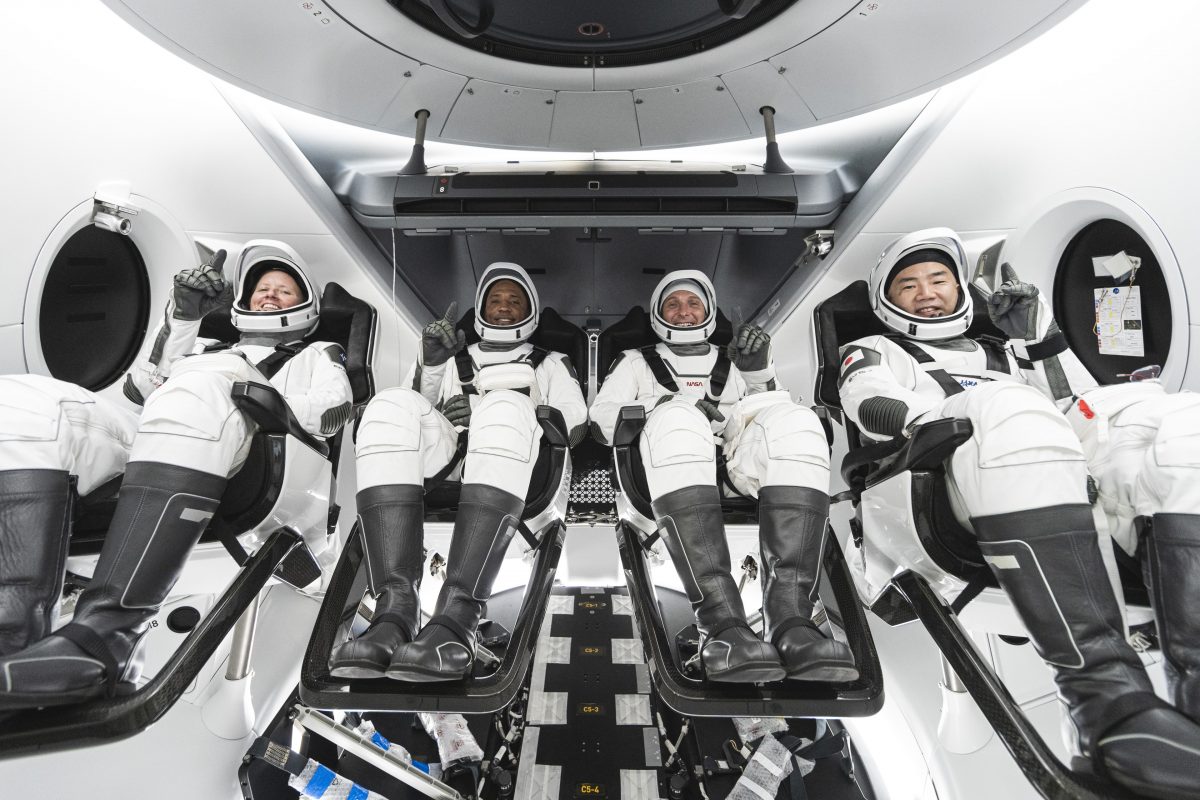 “The new target date will deconflict the Crew-1 launch and arrival from upcoming Soyuz launch and landing operations. This additional time is needed to ensure closure of all open work, both on the ground and aboard the station, ahead of the Crew-1 arrival. The increased spacing also will provide a good window of opportunity to conduct additional testing to isolate the station atmosphere leak if required. SpaceX continues to make progress on preparations of the Crew Dragon spacecraft and Falcon 9 rocket, and the adjusted date allows the teams additional time for completing open work ahead of launch.“

NASA astronauts Bob Behnken and Doug Hurley were the first humans to fly inside the SpaceX Crew Dragon capsule that was sent to space on a SpaceX Falcon 9 rocket. The duo successfully splashed down in the Gulf of Mexico after a three-month stay on the space station.

NASA astronauts Victor Glover, Mike Hopkins, Shannon Walker, and Japanese space agency astronaut Soichi Noguchi will travel to the ISS from Cape Canaveral, Florida, as soon as October 23 for a six-month mission. The four-person crew will be the first full crew to occupy a Crew Dragon spacecraft. The SpaceX Crew-1 mission will also be the longest duration the Crew Dragon spacecraft has been docked to the ISS.

Crew-1 will launch in late October to accommodate spacecraft traffic for the upcoming Soyuz crew rotation and best meet the needs of the International Space Station. Launch will follow the arrival of NASA astronaut Kate Rubins and cosmonauts Sergey Ryzhikov and Sergey Kud-Sverchkov of the Russian space agency Roscosmos aboard their Soyuz MS-17 spacecraft and the departure of NASA astronaut Chris Cassidy and cosmonauts Anatoly Ivanishin and Ivan Vagner from the space station. The launch timeframe also allows for a crew handover with NASA’s SpaceX Crew-2 mission next spring.

NASA plans to send the crew of the upcoming SpaceX Crew-2 mission to the ISS before the Crew-1 astronauts return if possible. The overlap in crew maximizes the workforce at the ISS so more scientific research can be completed aboard the space station. Astronaut Megan McArthur who is married to astronaut Bob Behnken from the Demo-2 mission will be a pilot for the Crew-2 mission.

Prior to NASA’s Commercial Crew Program, NASA relied on leasing seats from Russia’s Soyuz vehicle to send American astronauts to the space station since the Space Shuttle Program winded down.

While the Crew-1 mission has a more specific launch date now (previously it was targeted for late September), NASA emphasizes that the Demo-2 mission is still being processed with “data reviews and certification” still ongoing.