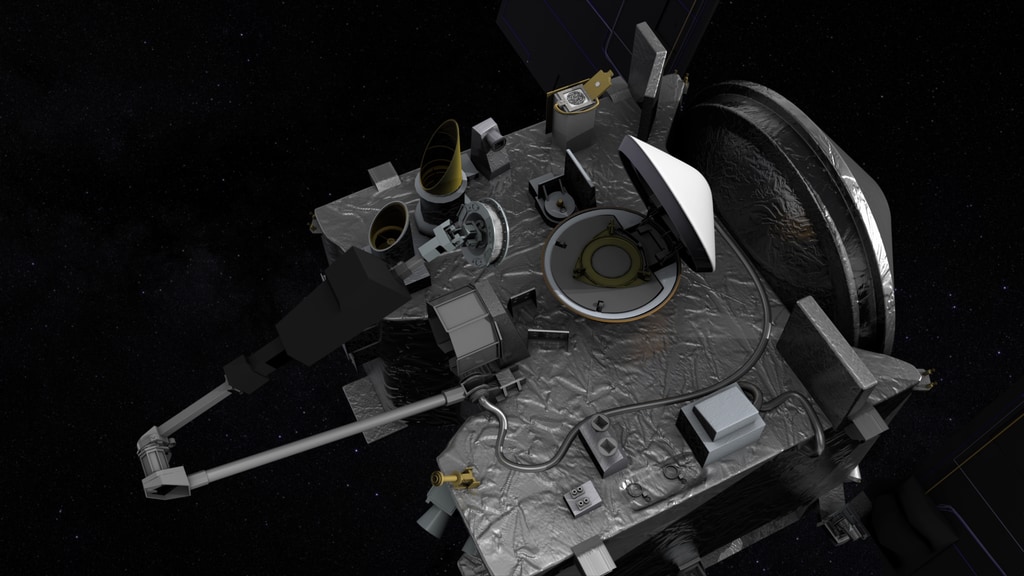 Last week, NASA’s Origins, Spectral Interpretation, Resource Identification, Security, Regolith Explorer (OSIRIS-REx) spacecraft completed its sample gathering on the surface of Bennu. When the operation was finished, the team announced it will examine the sample over the next week to see if it would need to reattempt the tag.

It’s estimated that when the TAGSAM made contact with the surface of Bennu that it dug itself 4-5 cm into the surface. During the tag event, the TAGSAM continued to dig itself into the surface, and it experienced no noticeable resistance. It’s estimated the TAGSAM went as far as 24-48 cm before the thrusters on the spacecraft pulled back. The sample collection head continued to collect material for the first five seconds of the event and waited for three seconds before being then pulling back. It is possible the sample collection head could have collected material 15-30 cm deep. This is a much more exciting possible outcome than the just surface sample that was expected.

During the process of viewing images returned from the spacecraft, the team noticed that particles were escaping from the sample collection head. The particles were described to be similar to corn flakes in look. These escaping particles were similar to the particles that were noticed escaping the surface of Bennu. Initial images showed that the sample head was completely filled with material. They estimate that the initial collection was at 2 kg of material but loss their guess of “tens of grams” of material. The OSIRIS-REx team expedited the stowage process to mitigate the chance of losing more particles.

It was determined that the mylar flap that allowed particles in but not out was jammed open with material. The original plan after the tag was to perform a mass measurement task with the TAGSAM extended. This was determined to be more harmful to the chance of losing more material, so it was canceled. They instead continued right away with stowing the sample. The team was able to visually confirm that 400 grams are still contained in the collection head, but estimates show there is possibly over a kilogram of material.

The window for OSIRIS-REx to leave Bennu and start the return to Earth opens in March. The planned date for the spacecraft to leave Bennu is still March 3. No matter when it leaves, the date for it to return to the Utah Test and Training Range will be September 24, 2023.