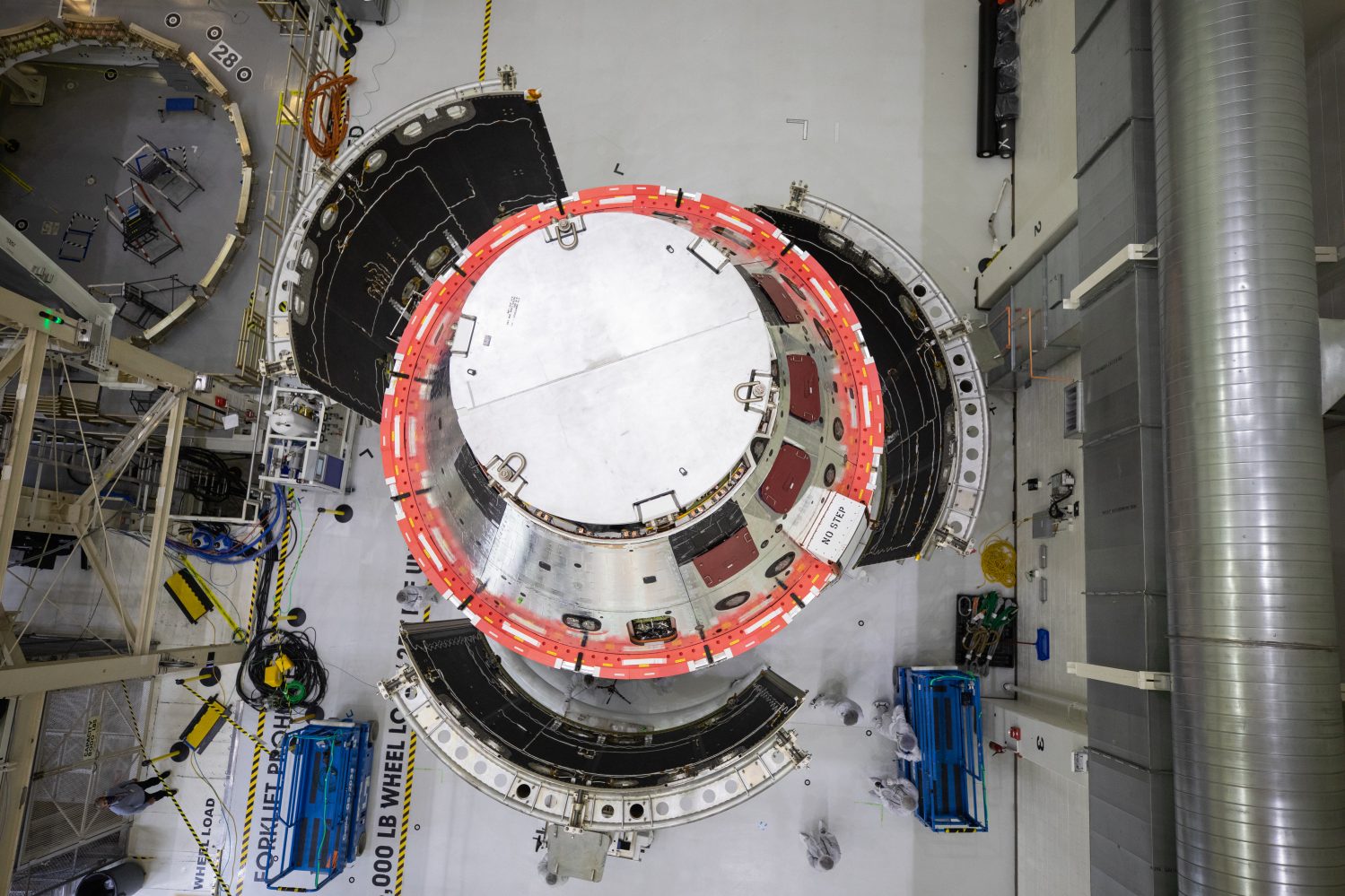 NASA’s Orion spacecraft will soon complete years of development and be used on the first Artemis mission around the Moon. Orion will lift off with NASA’s Space Launch System rocket as soon as next year for an uncrewed lunar flyby mission that certifies SLS and Orion for future astronaut flights to the lunar surface. The space agency has shared a new close-up video look at the first Orion spacecraft as the production process accelerates in time for NASA’s Artemis I mission set for later next year.

Once secured, they encapsulate the service module to protect it from harsh environments such as heat, wind, and acoustics as the spacecraft is propelled out of Earth’s atmosphere atop the Space Launch System (SLS) rocket during NASA’s Artemis I mission. […]

The jettison panels will separate from the service module using a series of timed pyrotechnics, or firings, which will allow the solar array wings to unfurl and provide energy to propel and power the spacecraft for the duration of its mission.

What’s left before Orion is integrated with Space Launch System and rocketed off to the Moon? Not much!

The final assembly activities for the spacecraft include installation of the forward bay cover, which protects the upper part of Orion, including its parachutes throughout its mission, final adjustments of the main parachutes, securing and testing of electrical connections, along with closure and latching of the side hatch.

Check out the video of the latest production progress below: