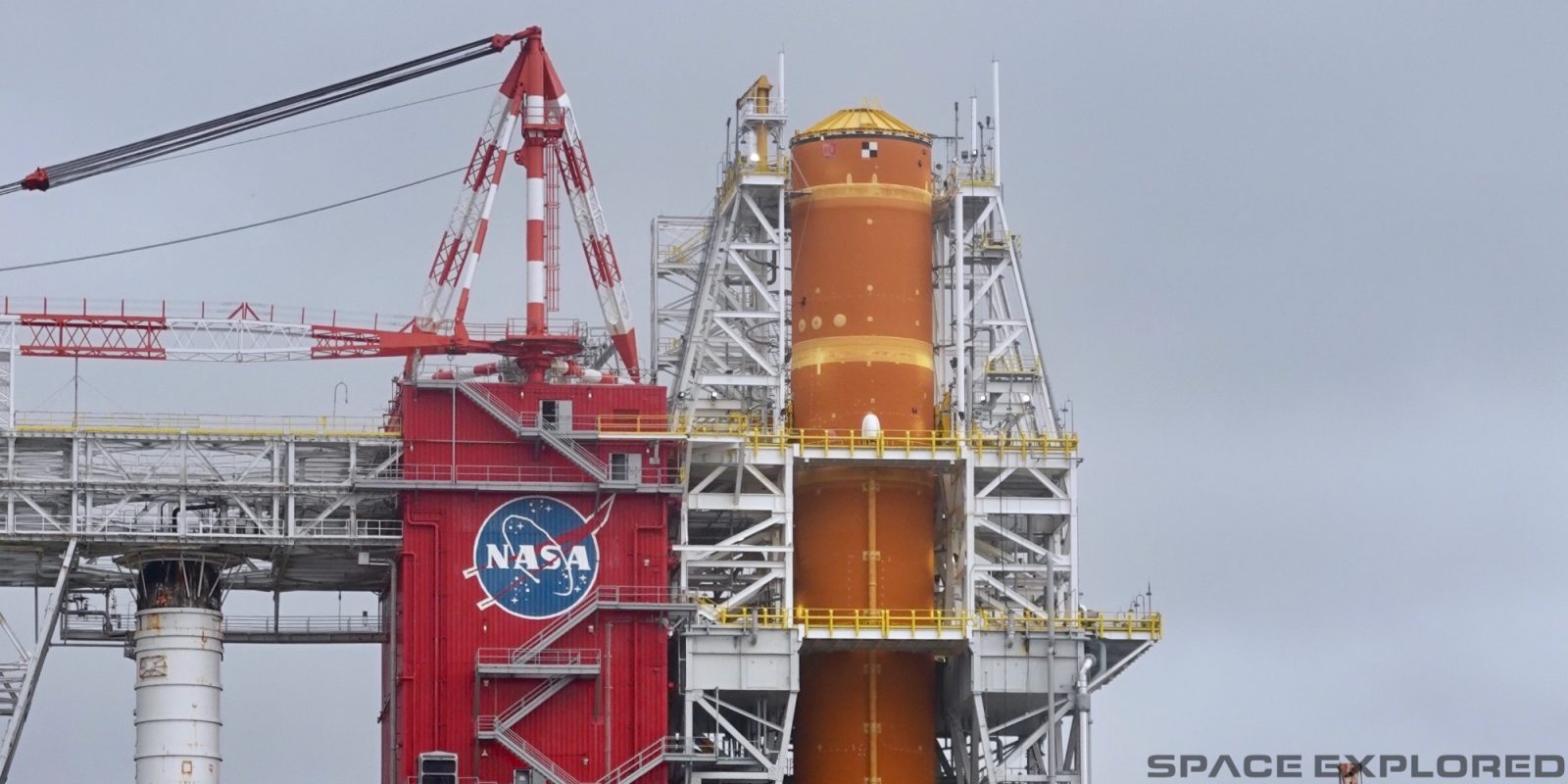 October 5: Six of eight steps have been completed. NASA plans to conduct the final step, an 8-minute long hot fire test, in November.

SLS core stage arrives at Stennis Space Center in Mississippi via NASA’s Pegasus barge. Boeing builds the rocket core stage in New Orleans for NASA at its Michoud Assembly Facility before it arrives by water at the B-2 Test Stand.

Prior to installing the actual SLS core stage at the B-2 Test Stand at Stennis Space Center, NASA tested its infrastructure with a test unit called Pathfinder that was used to simulate the size and weight of the real deal.

Following a successful Green Run test, Pegasus will transport the SLS core stage from Stennis Space Center to Kennedy Space Center in Florida. The core stage will travel from the Gulf of Mexico through the Atlantic Ocean before final assembly with Space Launch System at NASA’s Vehicle Assembly Building.

Space Launch System will be used to send the Orion spacecraft to space for the first Artemis mission as soon as 2021. The uncrewed mission around the Moon will launch from Launch Complex 39B just like Apollo 10, the fourth crewed Apollo flight and very first launch from LC-39B in 1969.

When will the core stage static fire test occur?

In February, engineers at Stennis Space Center expected the static fire test to occur in July or August, then work at SSC shut down for several weeks due to the COVID-19 pandemic. Work on the Green Run test resumed in May, so we hope to see the static fire test around November.

NASA currently plans to fly Space Launch System for Artemis I by the end of 2021.

Excited for the Artemis program and Space Launch System? Want to know more about the core stage Green Run tests and the B-2 Test Stand? Let us know in the comments!