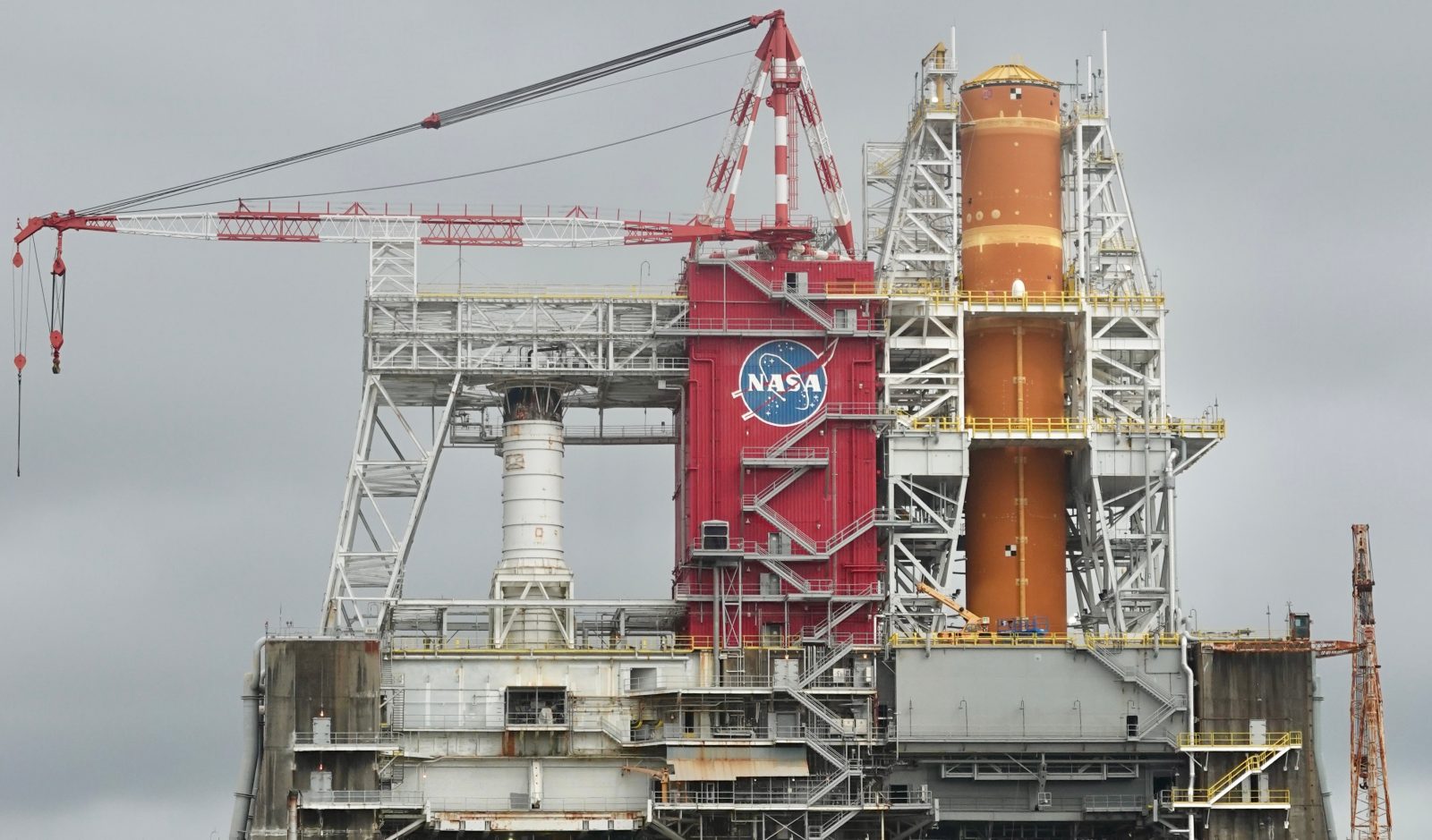 Work on Space Launch System, NASA’s heavy lift rocket designed to return astronauts to the Moon, was chugging along through March before COVID-19 closed down the country.

Starting this week, NASA says Stennis Space Center in Mississippi will start again on the Core Stage for SLS ahead of the Green Run test later this fall.

“The test facility has been in standby mode, so we allotted two days to reestablish some facility support of mechanical and electrical systems that will also assist the vehicle contractors in performing their operations,” said Barry Robinson, project manager for the B-2 Test Stand SLS core stage Green Run testing at Stennis.

NASA says “waking up” the B-2 Test Stand at Stennis will include “restoring facility power and controls, as well as ensuring pressurized gas systems are at proper levels for SLS operators to proceed with testing activities.”

The Green Run test will see the Core Stage of SLS fired in place for several minutes later this year. NASA originally planned to complete this critical step around August, but the months-long closure will push that target back.

The massive rocket will travel by barge to Kennedy Space Center following a successful Green Run test where Space Launch System assembly will be completed.

NASA plans to release a mission target date for Artemis I, which the first SLS will be used for, sometime next week. The lunar mission will take place in late 2021.