Jupiter’s radiation causes Europa to glow in the dark 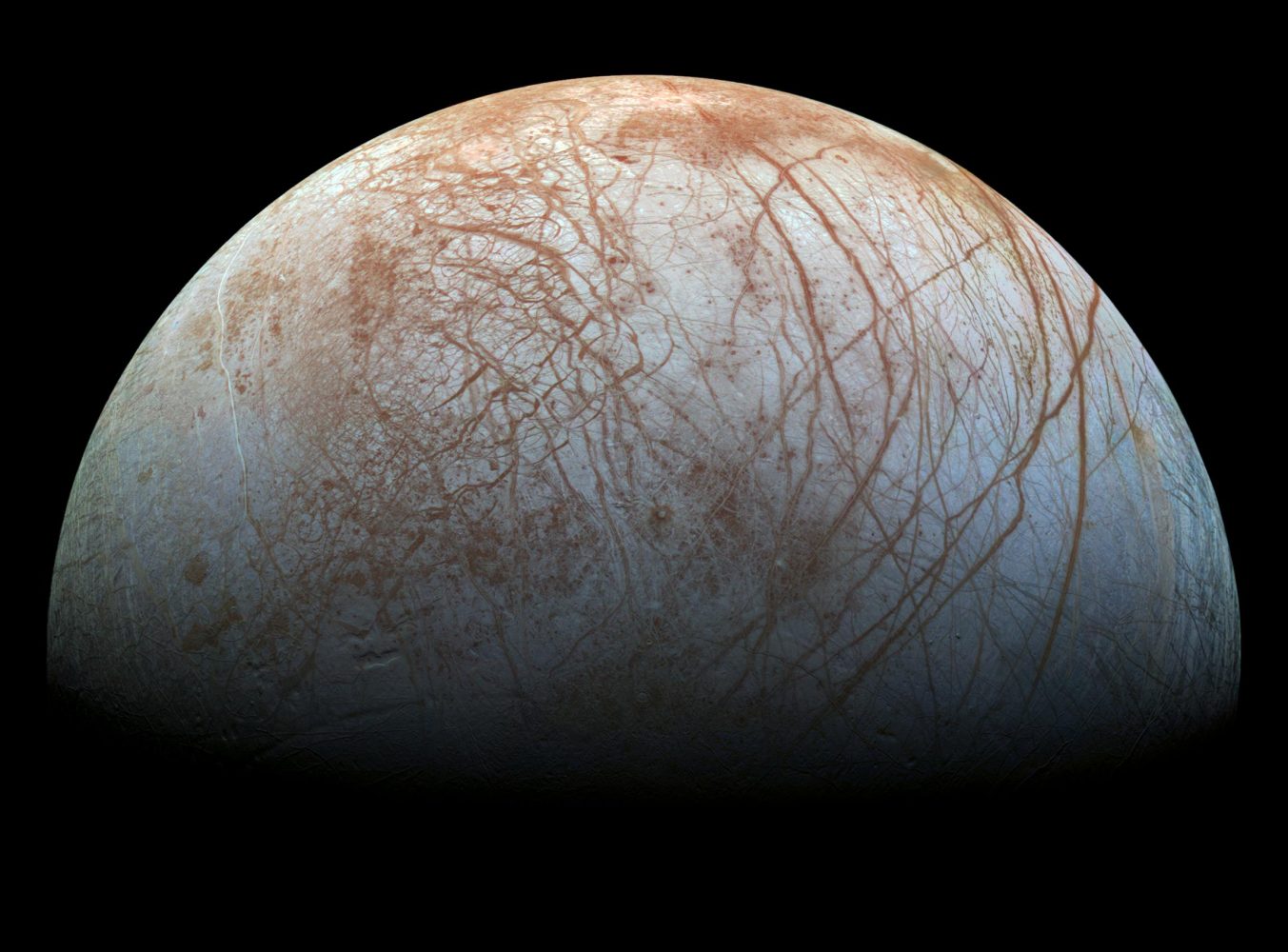 Jupiter has 79 moons that we currently know about, but some are more interesting and hence studied more. One of these more interesting moons is Europa, and NASA just discovered that it actually glows in the dark.

Europa is mainly composed of silicate rock with a water, ice, and salt crust. Inside of Europa is almost certainly a vast ocean followed by an iron-nickel core. Nothing about these facts would lead scientists to believe that Europa would quite literally glow in the dark. But it turns out that Europa’s glow is actually caused by Jupiter.

NASA scientists have discovered that Jupiter is constantly blasting Europa’s surface with high-energy radiation. This radiation interacts with the salt and ice mixture of Europa’s surface and produces a glow that is visible with the naked eye.

Scientists found that Europa’s surface doesn’t just consist of a single type of salt; it consists of many different types. The different parts of Europa glow blue, green, or white, depending on the particular salt and ice mixture. Scientists were able to discern this by mixing different types of salt and ice, blasting it with radiation, and then viewing it with a spectrometer.

Sometime within the next five or six years, NASA plans to launch Europa Clipper, a spacecraft that will perform multiple flybys of Europa. Scientists hope that the instruments onboard the spacecraft will be capable of detecting the glow of Europa so that they may learn more about it.