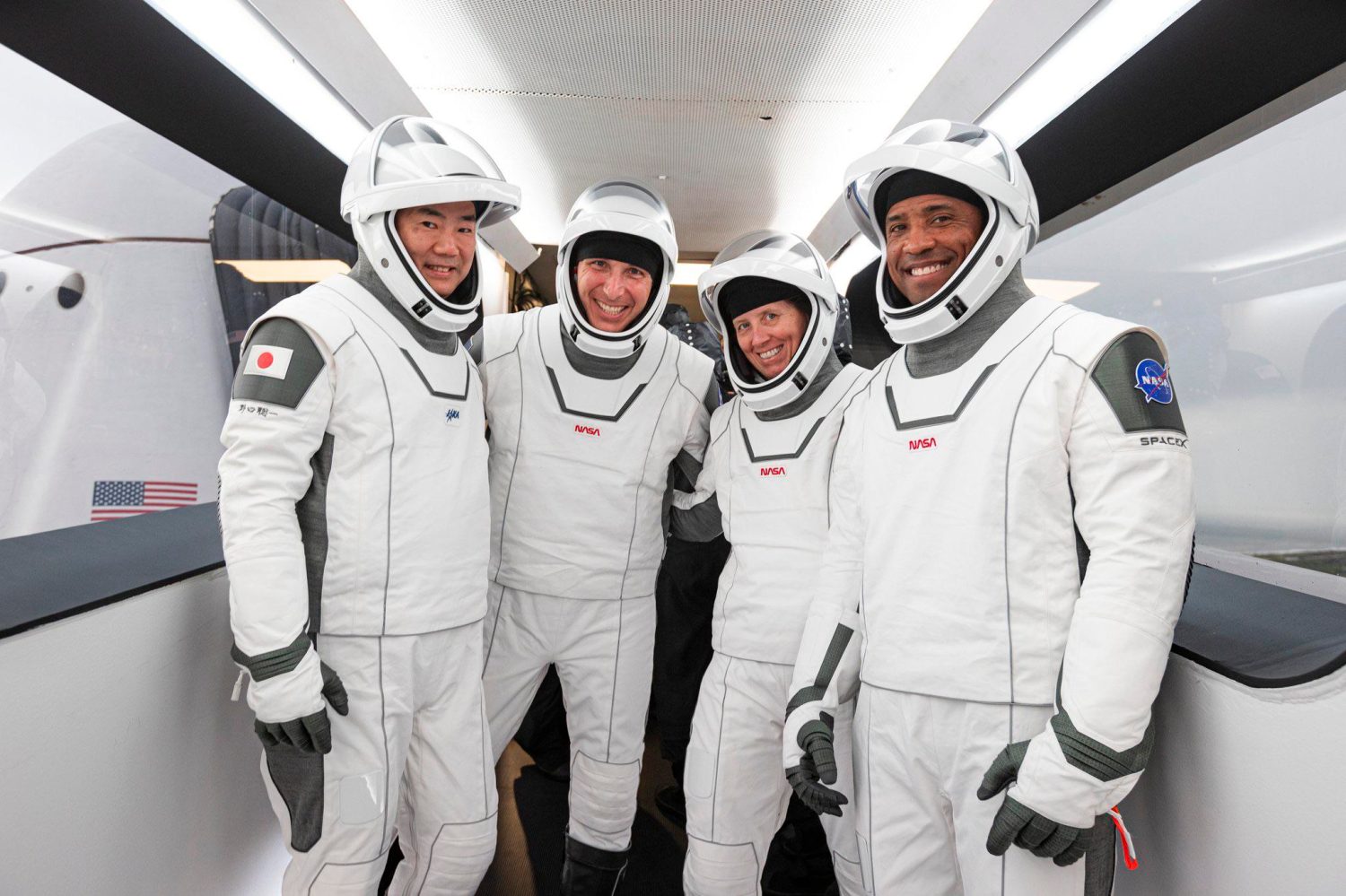 Today at NASA’s Kennedy Space Center, NASA astronauts Michael Hopkins, Victor Glover, Shannon Walker, and Japan Aerospace Exploration Agency astronaut Soichi Noguchi performed a dress rehearsal. The crew is preparing for a launch onboard a SpaceX Crew Dragon spacecraft sitting atop a Falcon 9 rocket that will carry them to the International Space Station.

The Crew-1 astronauts wore modern SpaceX flight suits as they took an elevator down to meet photographers. Once they exchanged some friendly smiles and waves, the crew fittingly got into Tesla Model Xs with NASA badging on the doors to be transported to Launch Complex 39A.

This mission is a historic one for NASA. Since the space agency retired the Space Shuttle program back in 2011, they have relied on Russia’s Soyuz spacecraft to take its astronauts to the ISS. That changed only earlier this year in May when NASA sent two astronauts aboard a SpaceX Crew Dragon to the ISS—making this only the second launch since 2011 to send astronauts to the ISS from U.S. soil.

All four Crew-1 members as they exit the elevator to be greeted by photographers.

The crew then entered the Tesla Model Xs and prepared for the 20 minute drive to Launch Complex 39A.

Liftoff for Crew-1 is planned for Saturday, November 14, at 7:49 pm EST. Make sure to follow all of the launch coverage from Space Explored.