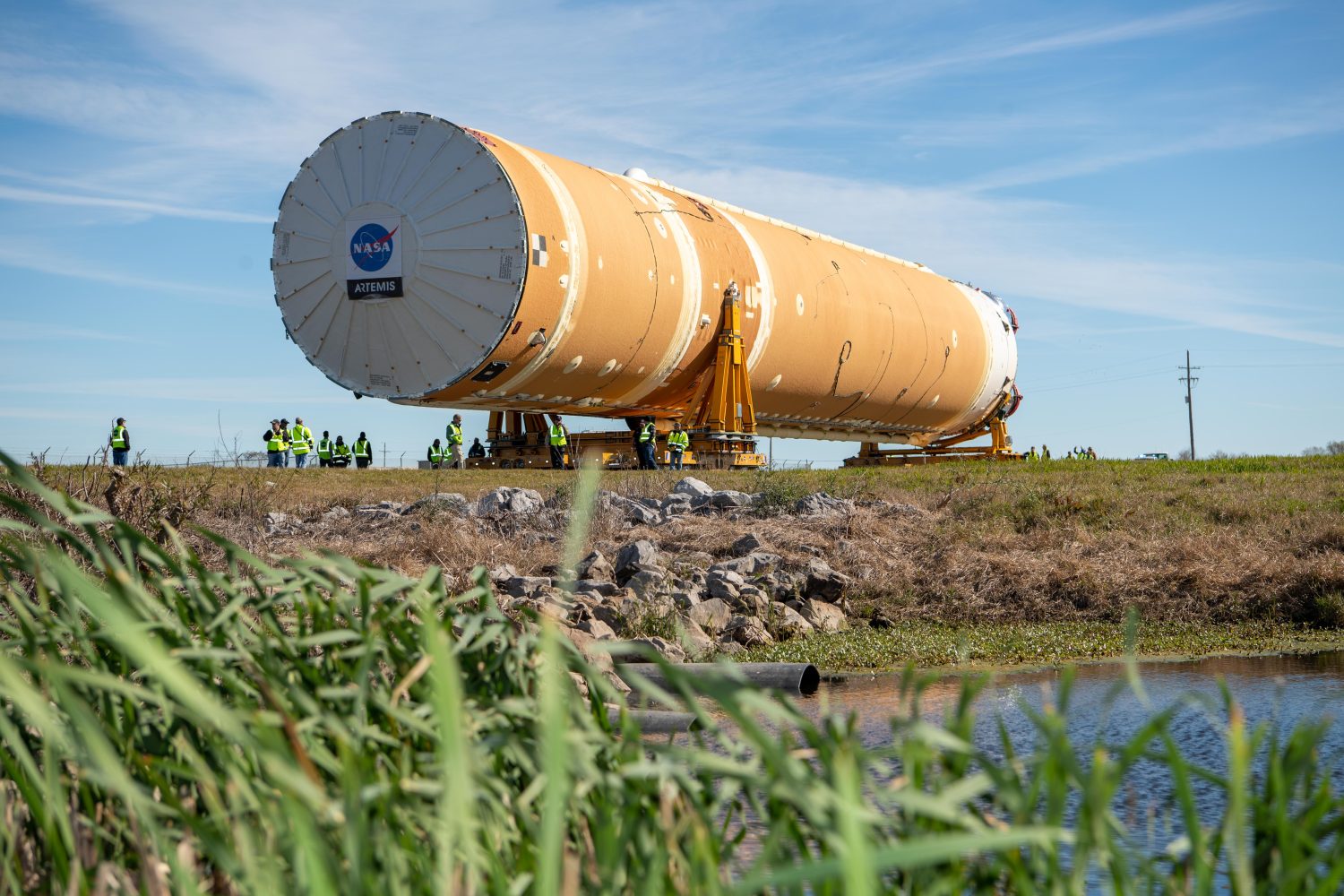 We’ve seen much of the journey to NASA’s first Artemis mission take place at Stennis Space Center and Michoud Assembly Facility in Mississippi and Louisiana, respectively. This week we get to see the first piece of SLS hardware begin stacking at Kennedy Space Center in Florida ahead of the big launch around the Moon next year.

It is a very important step in getting the SLS rocket ready to launch in 2021. Each booster has five segments filled with propellant, an aft-skirt, and a nose cone. These are the first items to be assembled onto the mobile launch platform. That’s because this hardware is bolted onto the platform and provides structural support for the rest of the vehicle before liftoff.

Kennedy Space Center launch engineers also performed a simulated launch this week to test monitoring fueling of the super chilled liquid oxygen and hydrogen used to power the SLS core stage. These tests challenge the launch teams with problems that may need to be overcame during the actual mission and hone the skills of these engineers. The goal is that on launch day, these operations don’t feel new.

“The [cryo] team always brings their ‘A’ game, During these loading simulations, they demonstrate that they will be ready on launch day.”

Another important step in the future of the Artemis program is the development and flight of the new RS-25 variant of engines made by Aerojet-Rocketdyne. Newer versions of these engines originally designed to be used by the Space Shuttle are cheaper and intended to be expendable. These will begin flying on the Artemis III mission in a few years. Artemis III is planned to be the return to crewed lunar landings since Apollo 17. The first of these experimental engines are on the test stand at Stennis Space Center in Mississippi to gather data and make sure these new engines are ready to fly.

All of these steps bring NASA closer to launching its first Space Launch System rocket on Artemis I in late 2021. All of this is waiting on the Green Run test to happen next month when the Artemis I booster and its four RS-25s are fired up together for the first time.