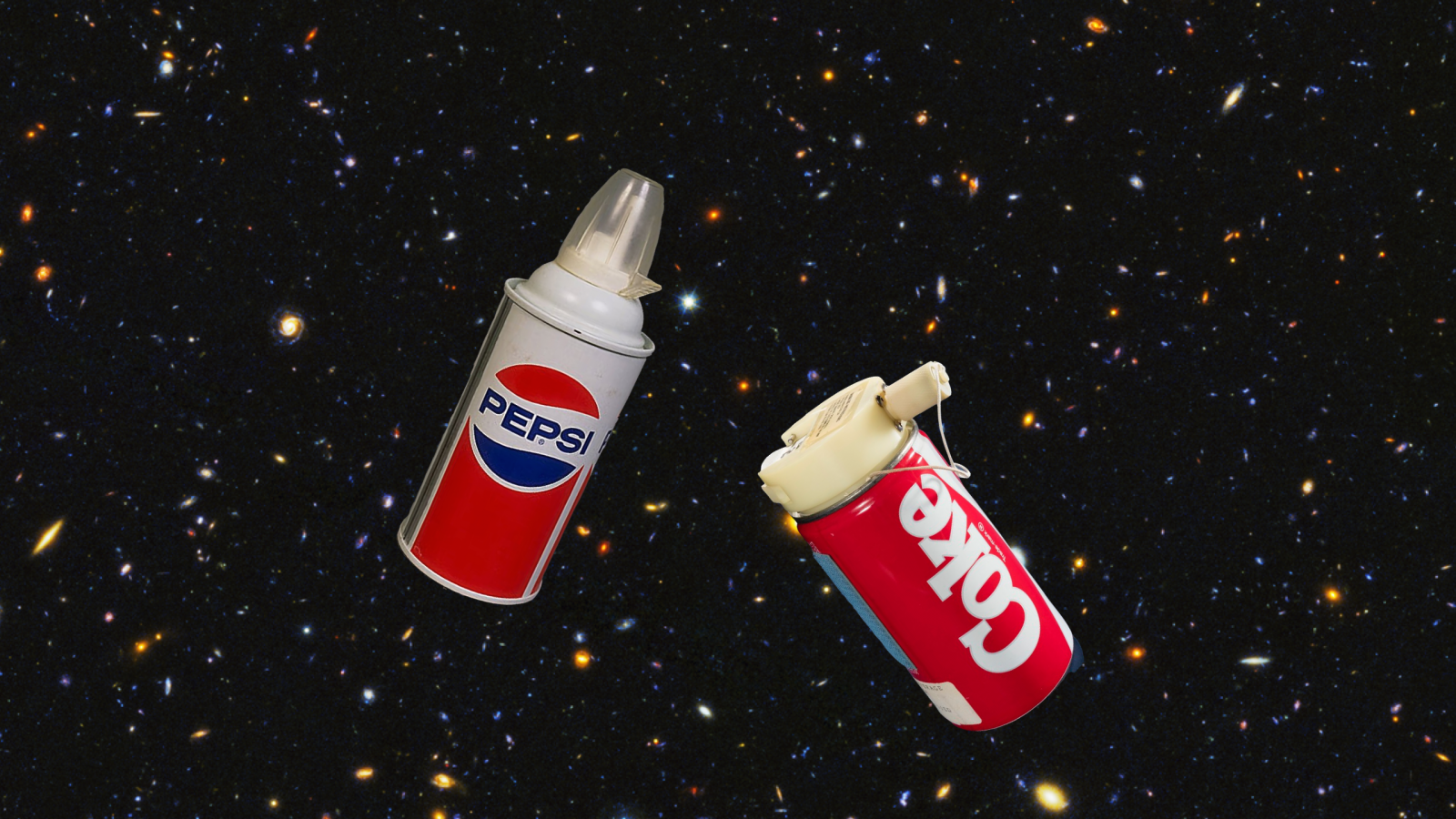 In 1985, Coca-Cola was struggling with its brand. The companies biggest competitor, Pepsi, had multiple enormous advertising campaigns that were in full swing, and the public was loving it. It didn’t take long before Pepsi really started to eat away at Coke’s target audience.

Coca-Cola quickly realized that it needed to make a move, and it needed to be a big one. So, the company approached NASA with its big idea: putting Coke onboard the next Challenger mission. NASA agreed to the idea but told Coca-Cola that they would first need to design a can that would be functional in a zero-gravity environment. Coca-Cola got right to work.

After a year of research and development and spending $250,000, Coca-Cola had finally finished designing a zero-gravity Coke can that NASA gained NASA’s approval. At this point, it seemed like the soft drink company had this big advertising win in the bag, but then Pepsi got wind of the deal.

Pepsi wasn’t about to let Coca-Cola be the first carbonated drink to be drank in space, so they decided to approach NASA as well. After some convincing and political dealings, Pepsi got approval to try their hand at designing a zero-gravity can as well. Three months and $14 million later, they had done it.

It was then decided that both Coke and Pepsi would be included onboard the next Challenger mission. More specifically, four cans of each beverage would be included for testing. It would be up to the astronauts to see how the cans fared in space and to taste test them.

Technically speaking, a can of Coke was the first of the two beverages to be drank in space, but Pepsi insisted that was irreverent. Pepsi stated that it was the taste that mattered, not which was drank first. When the astronauts returned to Earth and were asked which tasted better, the answers were inconclusive. There was no clear winner; in fact, the astronauts claimed that both were warm and gross tasting. Both of the companies had ultimately failed.

The most unfortunate part of this story is that both companies had spent exuberant amounts of money developing what equated to modern shaving cream cans. Also, neither can was selected to make another appearance onboard any future missions to space.