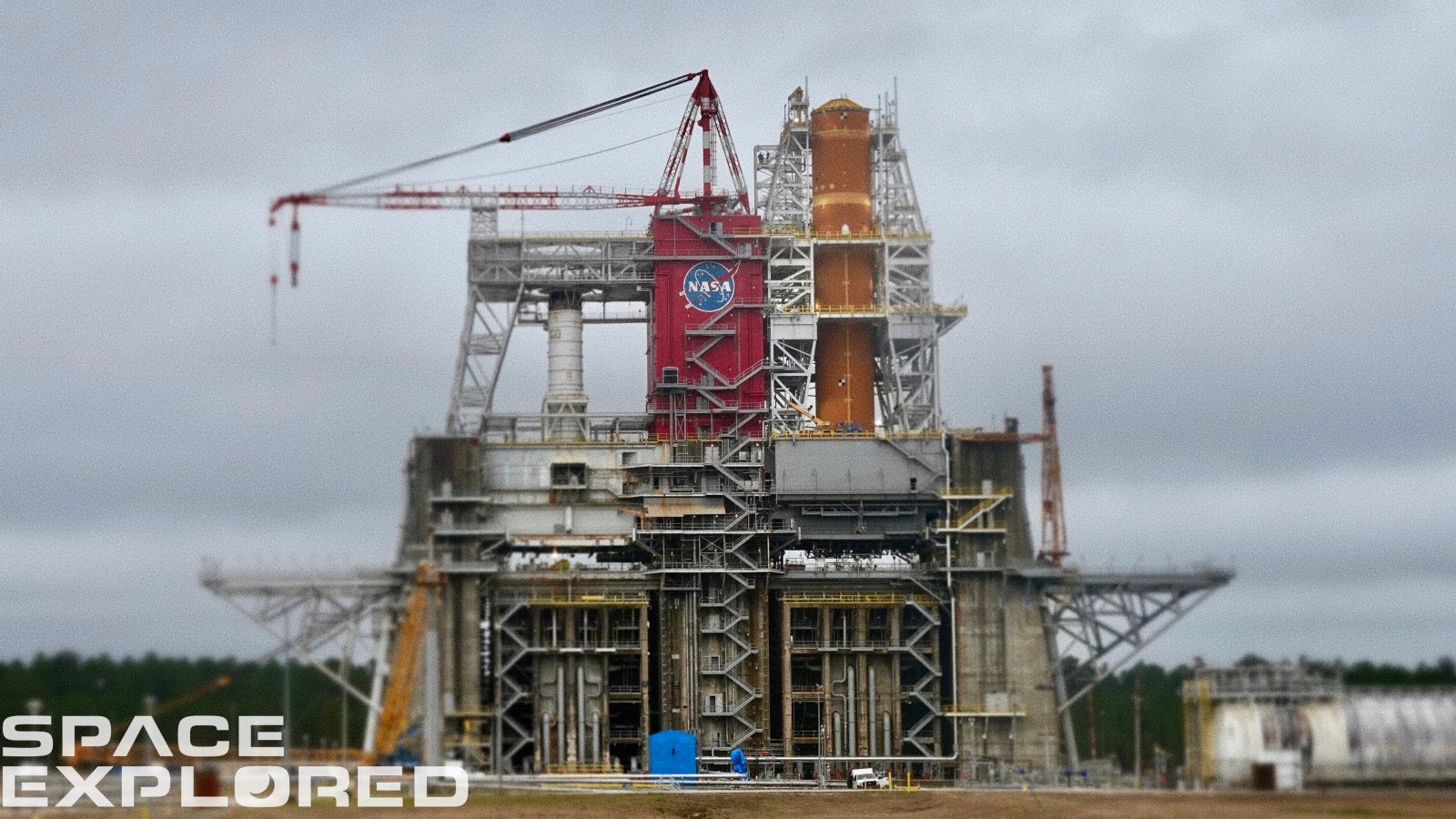 NASA is preparing to send the first woman and next man to the Moon in this decade with the Artemis program. Our return to the Moon won’t be like the Apollo program, however, as NASA wants to return in a sustainable fashion: lunar orbit station called gateway, Moon base called Artemis Base Camp, and international partnerships.

The agency briefly paused a critical step in testing the core stage of its new Space Launch System rocket at Stennis Space Center this week. NASA now says it will resume what’s called the wet dress rehearsal test next week. Launching NASA’s Space Launch System rocket and sending the Orion spacecraft around the Moon next year on the Artemis I mission is key to pushing forward with the Artemis program.

The team at the space center in South Mississippi briefly suspended fueling the rocket core stage on Monday after liquid oxygen temperature readings outside of the expected range were detected. Officials described the issue as operational and not caused by the rocket core stage. Now the team believes it has readjusted its fueling procedure to hit the target LOX delivery temperature.

After refining the procedures for test operations, NASA is planning to conduct a full wet dress rehearsal next week.

On Dec. 5, engineers powered up the stage to start wet dress rehearsal testing and successfully conducted an initial propellant loading on Dec. 7. This partial loading showed the stage performed well and has given the NASA and Boeing team a valuable opportunity to practice loading procedures and monitor the Artemis I core stage as it is exposed to cryogenic, or supercold, liquids for the first time. While performing operations to load liquid oxygen propellant earlier in the day, data showed the temperature of the propellant was warmer than planned, and the NASA and Boeing team paused the test to take a closer look at the data before committing to loading all 700,000 gallons of propellant. The team proceeded with loading a limited amount of liquid hydrogen, cooled to minus 423 degrees Fahrenheit, without any issues.

After an integrated assessment of the core stage and the facility, the team identified processes and equipment that could be modified to keep the liquid oxygen at the proper temperature during delivery to the stage. The team is now implementing these changes while Stennis personnel replenish propellants and other commodities needed to run the full wet dress rehearsal.

After completing the wet dress rehearsal step, NASA and Boeing will study data collected from the test before proceeding with the hot fire test. During the final step of the Green Run Test, engineers will fire the SLS core stage in place for 8 minutes to verify it operates as expected. NASA hopes to conduct this test at Stennis Space Center before the end of the month.

Following the conclusion of the Green Run Test, NASA plans to ship the SLS core stage from Stennis Space Center in Mississippi to Kennedy Space Center in Florida, where the Space Launch System will be assembled. NASA hopes to launch the Artemis I mission, an uncrewed lunar flyby mission using the Orion spacecraft, no later than November 2021.