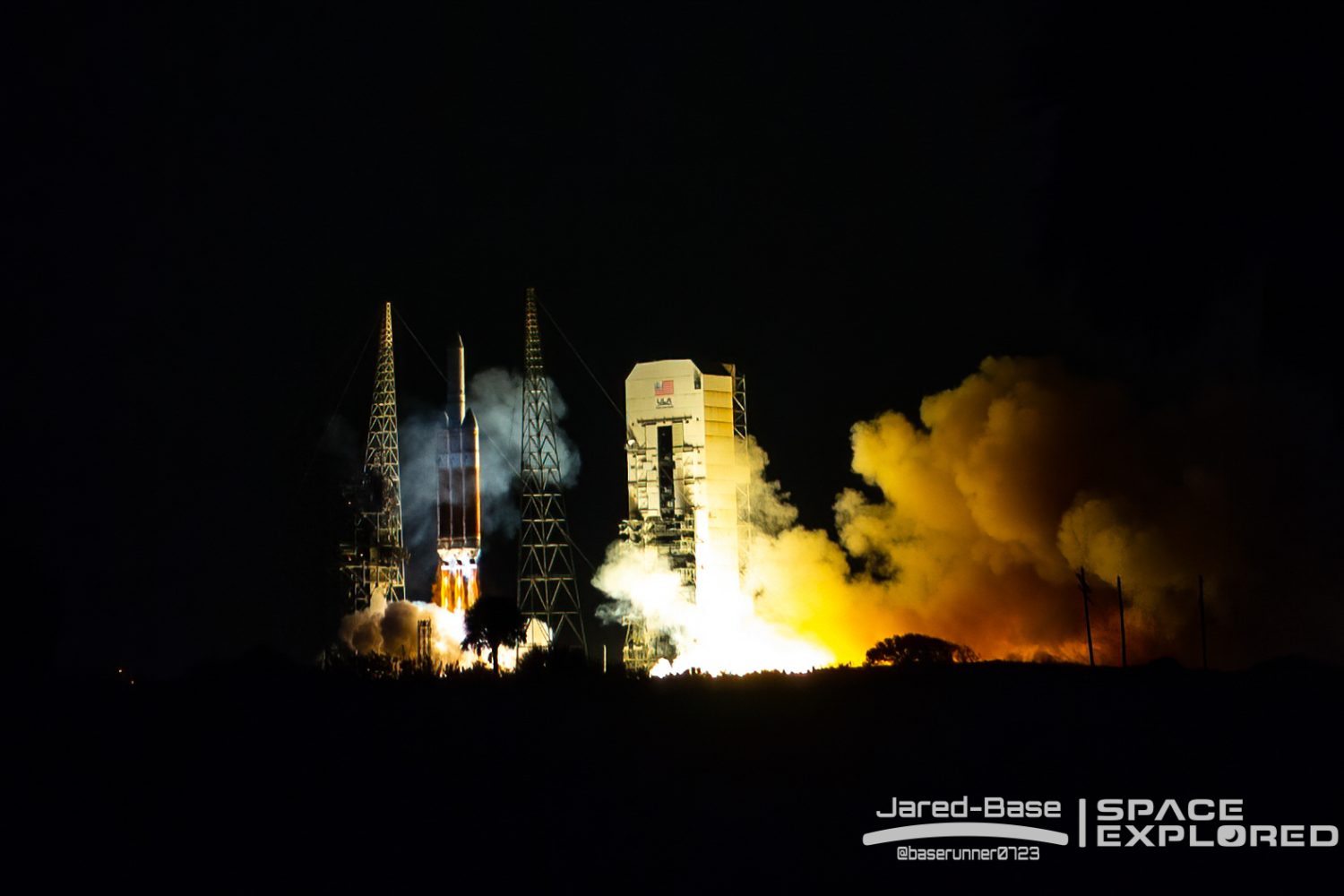 After sitting on the pad for over a year and undergoing multiple launch attempts since late August, ULA’s Delta IV Heavy lifted off on Thursday carrying a classified payload known only as NROL-44.

United Launch Alliance experienced several issues getting this rocket to launch with two aborts just seconds before liftoff and other delays due to weather or ground service equipment needing to be fixed. This was part of the event dubbed “Scrubtember” by locals when several missions from both SpaceX and ULA had ground service equipment problems that caused several scrubs and setbacks.

The payload of this launch will be owned and operated by the National Reconnaissance Office which is the federal agency in charge of the nation’s spy satellites. Though the details of the payload are classified, we can assume through details that are public that this is most likely a Orion signals intelligence satellite. These satellites require the largest rockets to launch on and fly in geosynchronous orbit which matches the trajectory and rocket choice for this mission.

First getting to its launch complex November of 2019, this Delta IV Heavy became a staple out on the pad. Its bright orange exterior could be spotted from almost anywhere on Florida’s Space Coast.

Worth the wait to see this bird fly

Photos taken by Daryl Sausse and Jared Base for Space Explored

After months of waiting for NROL-44 to launch, it didn’t disappoint when it finally did. The mega rocket lit up the sky all the way up and down the coast of Florida, being seen as far as Miami. NROL-44 was the first mission to fly after Cape Canaveral Air Force Station was renamed to Cape Canaveral Space Force Station.

Delta IVs are always rememberable launches with their fireballs that engulf them prior to liftoff and the bright exhaust during flight. Currently there are only four more Delta IV Heavy launches scheduled to launch before the vehicle is retired.: two from Cape Canaveral Space Force Station, Florida, and two from Vandenberg Air Force Base, California in the next two years. The Delta IV Heavy will be replaced with United Launch Alliance’s next generation rocket called Vulcan which is planed to debut in 2021.