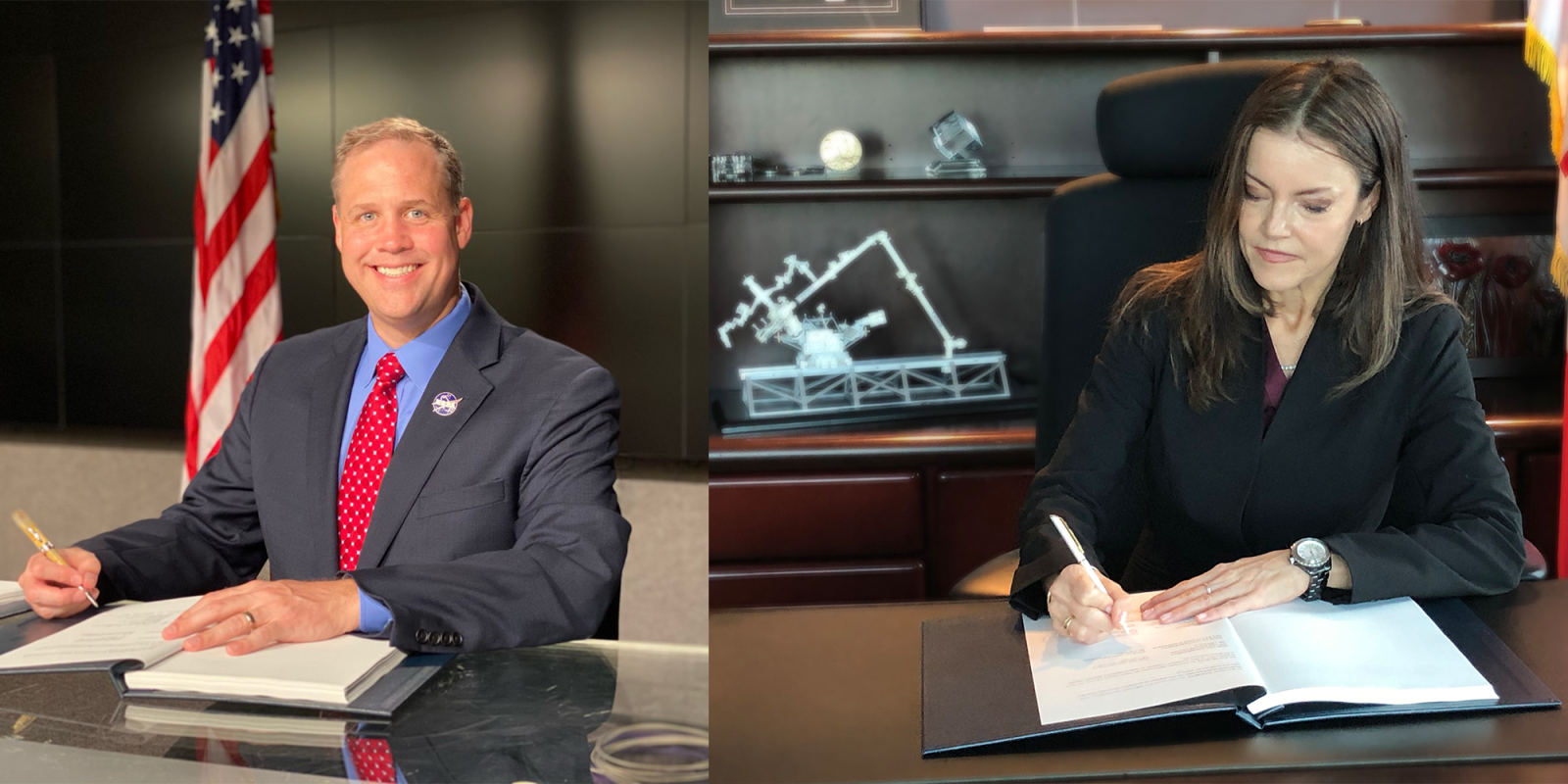 The treaty grants Canada one seat on Artemis II which will make Canada only the second country to send one of its astronauts around the Moon — second only to the United States. Canada will also have a seat on a future mission to land the first Canadian on the Moon. Neither Bains nor Campbell would say who would be selected for those missions and mentioned that NASA hasn’t either.

Before today, CSA’s only part in NASA’s Artemis program and the lunar-orbiting Gateway was the design and development of a new robotic arm called Canadarm 3. This is something CSA has had a long history with developing since the first version of the arm for NASA’s fleet of Space Shuttles. Currently CSA operates Canadarm 2 on the International Space Station. Currently that arm is operated from either from NASA’s Mission Control Center in Houston or from CSA’s headquarters in Quebec. For Gateway, per the treaty, all robotic operations will be controlled in Canada.

“The Canada–U.S. Gateway Treaty takes Canada to the Moon for the first time. Our country will collaborate with the most advanced space organizations in the world on cutting-edge science and technology for the benefit of humankind. As Canada joins the U.S. and other international partners in this great adventure, our continued leadership in space robotics will be a source of national pride – and all eyes will look to the sky as one of our astronauts becomes the first Canadian to travel around the Moon.”

This is great news for the Artemis Program. With a new administration soon to assume control over NASA’s future, having a neighboring country agree to put their astronauts on top of NASA’s Space Launch System gives Artemis a much larger chance to survive the next few years. We’ve seen over the many years, new administrations come in and want to put their own mark on history and the space program.