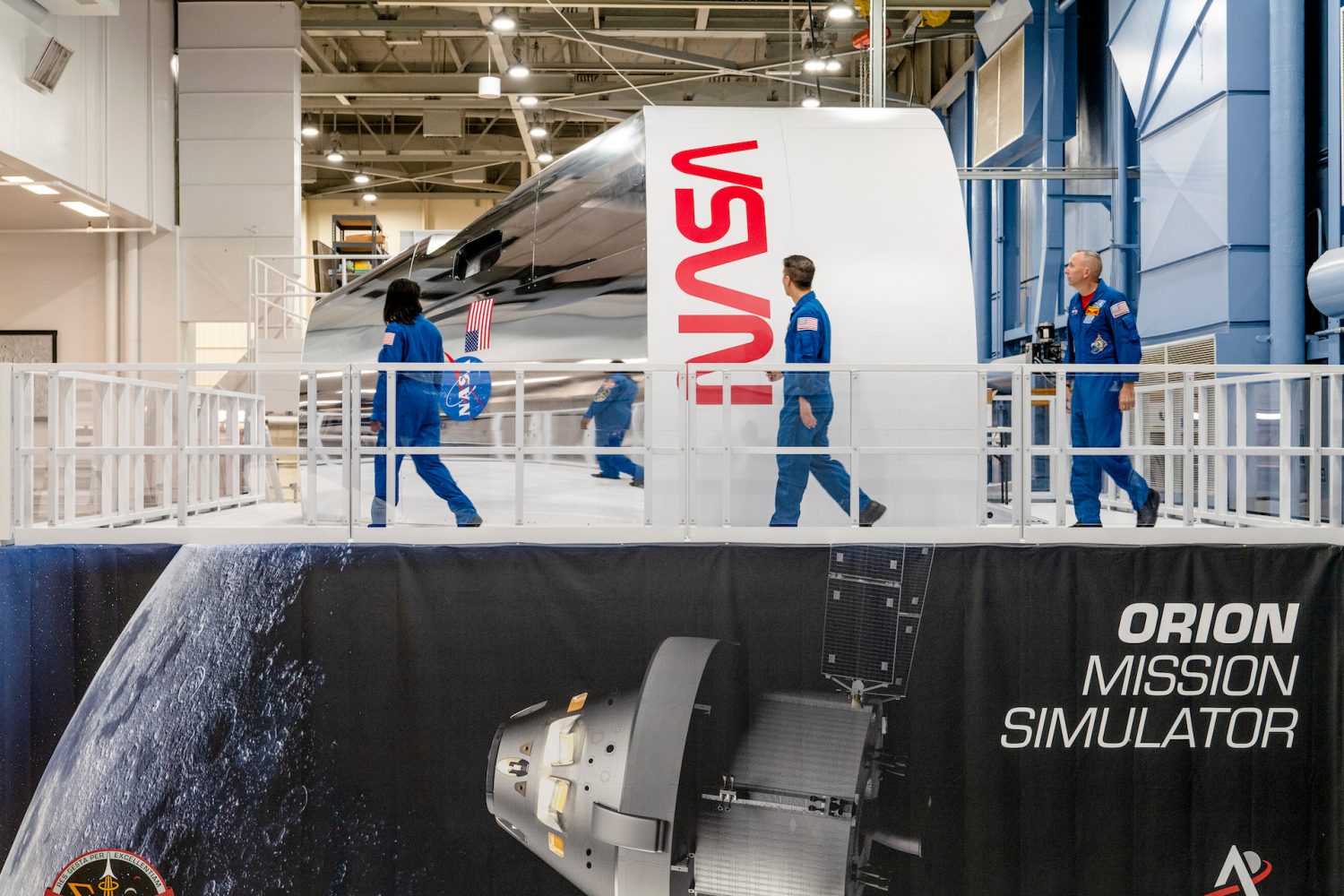 A couple of weeks ago, NASA announced a cadre of astronauts selected to participate in the agency’s Artemis program. Those same astronauts will now get the opportunity to test out the Orion spacecraft hardware with a new simulator that recently arrived at the Johnson Space Center in Houston.

Astronauts Stephanie Wilson, Jonny Kim, and Randy Bresnik were among the first to get up close and personal with the new simulator shortly after it arrived. However, the simulator will not just be used by NASA astronauts during the Artemis program. Engineers and flight controllers will also utilize the simulator to practice specific scenarios to ensure that every decision with the real Orion spacecraft is safe.

The simulator’s interior will be outfitted with the same display, control system, and crew seats as the real Orion spacecraft. Once this is completed, it will give the astronauts as close an experience as possible to flying the actual spacecraft. The simulator will be capable of mimicking the experience of liftoff and the flight back home to Earth.

Artemis II will be the first of the Artemis missions to carry a crew. It is set to launch in 2023 and will send the crewed Orion spacecraft to and around the moon, laying the groundwork for Artemis III. During Artemis III, astronauts will actually be landing on the surface of the moon sometime in 2024.