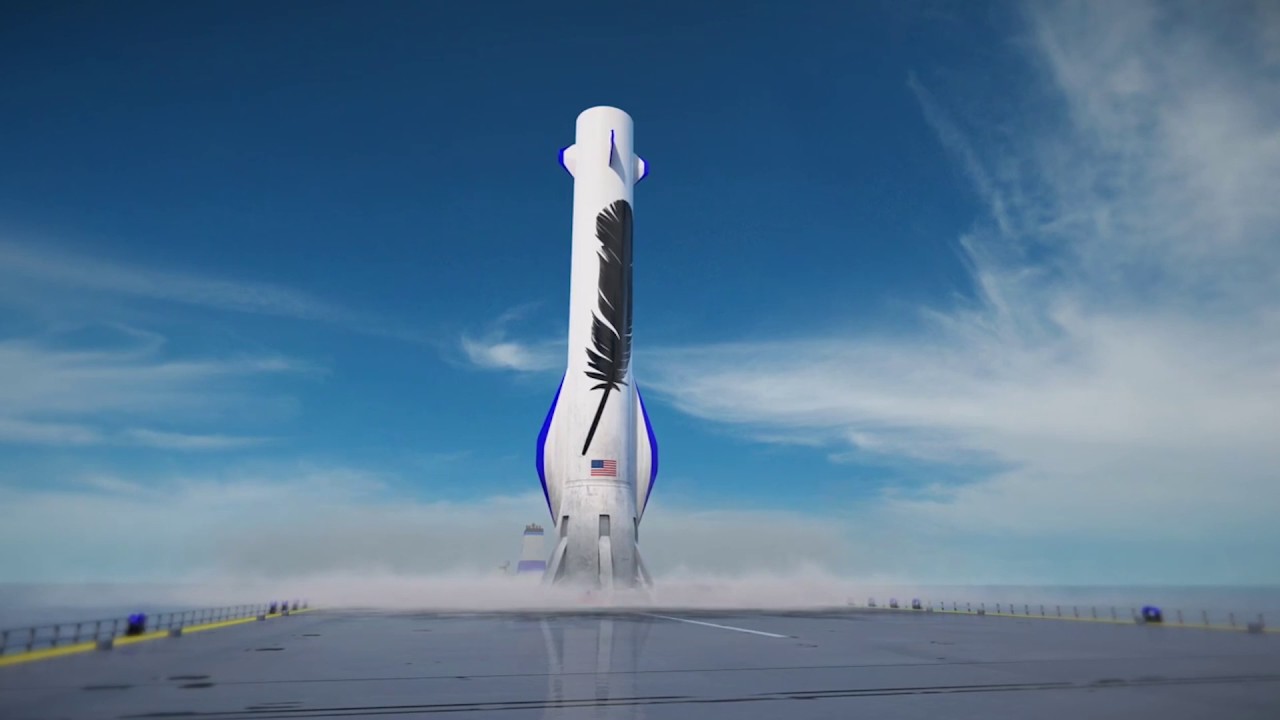 The secretive rocket company created by Amazon founder Jeff Bezos has been developing rockets to compete in both the space tourism and commercial launch markets named New Glenn after the first American to reach orbit, John Glenn.

The rocket has been in development for almost 9 years and since then we’ve only seen rare glimpses of the current stages of development. They plan to make their debut launch of the rocket later this year and we’ve luckily got a glimpse of what will be used to test their new launchpad for this coming flight.

Blue Origin’s New Glenn rocket is a two-stage partially reusable vehicle that will offer up to 45,000 kg (99,000 lb) to low earth orbit. A competitor to SpaceX’s Falcon rockets and ULA’s Vulcan rocket, it tried getting a slice of the national security launch contracts but lost out to the two and the millions of dollars it could have brought to the company.

Even with not getting the defense contracts to help with costs, development has continued with help from Bezo’s Amazon billions. The Washington based aerospace company has built testing and production facilities in Washington, Texas, Alabama, and Florida to continue the development of their rockets, engines, and lunar landers.

Last Friday Blue Origin’s revealed to the world a glimpse of what the company has been working on when they opened their doors at their New Glenn rocket production site in Florida. This location covers a large swath of land right by the entrance of the Kennedy Space Center Visitor Center. Its big blue buildings house the beginnings of one of the next massive rockets to start launching from the Space Coast.

Doors to one of the buildings were opened to move hardware and it unveiled what is to become the pathfinder vehicle for New Glenn. What looked to be the fins section and booster were seen being manufactured and prepared for assembly. We haven’t seen much hardware on this rocket other than a fairing half and the BE-4 engine that will power it.

BE-4s on another pathfinder seen this weekend

The BE-4 engine is what we’ve seen the most, powering the first stage of the New Glenn rocket as well as ULA’s new Vulcan rocket, which was one of the rockets that beat Blue Origin in the national security launch contracts earlier last year. ULA’s first high fidelity pathfinder for Vulcan arrived this weekend at Port Canaveral and was moved to SLC-41 where it will conduct pad operation tests to prepare the teams at the cape for their first launch later this year.

While SpaceX and ULA continue to control the launch manifests year after year, Blue Origin has a chance to disrupt the market with their vehicle when it comes to market. No launch date has been selected for the maiden flight but Blue Origin still expects to launch by the end of this year.