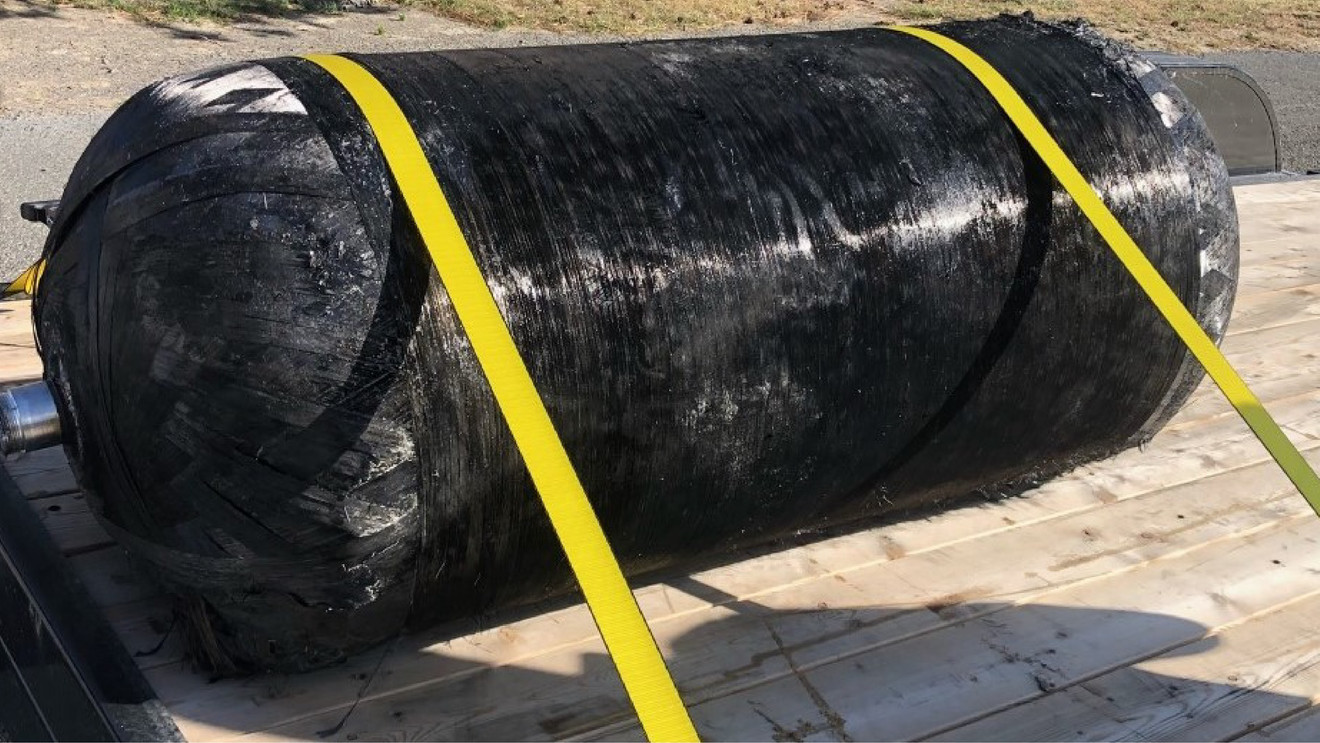 Last week part of SpaceX’s Falcon 9 rocket deorbited over the US states of Oregon and Washington. While most of the second stage of the rocket burned up as it flew through the atmosphere at orbital velocities. An internal tank made it to the ground.

The debris came from a second stage of the Falcon 9 rocket which gives the payload the final speed it needs to reach orbit. In orbit themselves, SpaceX usually performs deorbit burns of their second stages so to keep the number of space junk they produce down. Normally these deorbit burns are planned to send the spent stage over parts of the ocean but if these burns fail the stage is left to drift until the thin upper atmosphere brings it down on its own.

The piece that was found from the burned-up stage was an internal tank used to store pressurized gases. Called a composite overwrapped pressure vessel or COPV these tanks can hold gases at extreme pressures. Built by wrapping layers or composite material over each other to form a cylindrical tube, these tanks sit inside the fuel tanks of the second stage and hold helium which can be used to backfill the fuel tanks to maintain pressure during flight.

The debris was found earlier this week and the owner called the Grant County Sheriff’s Office to come out to get the tank. When the Sheriffs arrived they called SpaceX and a team came to secure the tank then remove it from the property. The COPV left a 4-inch indentation into the surface where it landed after its fall from space. There are several more of these on each second stage but so far this piece has been the only debris found after the incident.

It is amazing that this piece of flight hardware survived the deorbit after launching the Starink 17 mission back in early March. It is lucky that the tank didn’t damage any property or worse cause any injuries, hopefully whatever caused the second stage to not be deorbited saftly over the ocean is discovered and fixed.