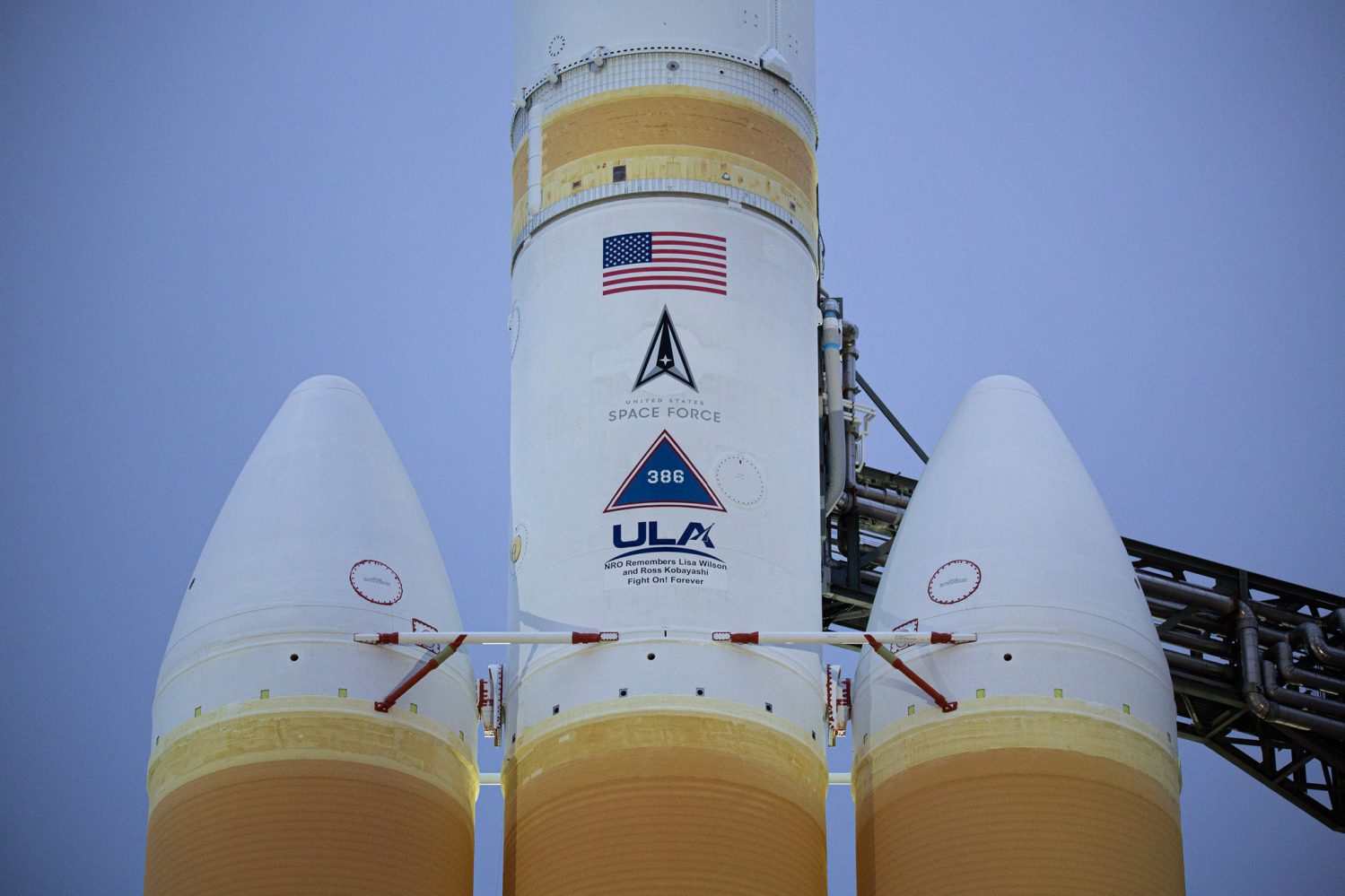 ULA’s next mission and first of 2021, NROL-82 is a classified payload for the National Reconnaissance Office and is launching on top of the large Delta IV Heavy rocket. This will end up being the first launch from Vandenberg Air Force Base, the prime spaceport for polar launches.

ULA’s Delta IV Heavy is an expendable heavy-lift launcher that first launched back in 2004. The Delta Heavy use to be the most capable active launcher in the world before SpaceX’s Falcon Heavy came online back in 2018. The Delta and Falcon heavies both follow a similar design ideology. They are both made up of three common core boosters each of which could be used as its own launcher. At liftoff, the Delta’s three boosters, each with an RS-68A engine, are at full thrust but shortly after the center core reduces its throttle to 55%. This allows for the outside cores to expend their fuel first, detach, then have the center core throttle up to continue the flight.

The Delta family of rockets span all the way back to the early 60s to give the United States the capable launch services for their satellites. It was derived from the Thor rocket, a former ballistic missile designed to reach Moscow from bases in Britain. It later turned into one of the most launched rockets with the Delta II, which the final one is on display in KSC’s Rocket Garden. While the Delta IV will be the final rocket with its name, with only 3 more planned launches after this mission. Its heritage will live on in ULA’s new Vulcan Centaur rocket which is planning to debut later this year.

April 26th, 9:06 AM EDT: The Mobile Service Tower at SLC-6 has been rolled back and secured for launch.

April 26th, 9:57 AM EDT: The flight control operational test for the Delta IV Heavy has been completed successfully. These are the final checkouts of the rocket before being fueled with cryogenic propellants.

April 26th, 11:00 AM EDT: Weather is GO for fueling the rocket. The weather officer from the 30th Space Wing also states that the “winds are trending in our favor”.

April 26th, 11:01 AM EDT: The countdown has entered the first of 2 planned holds. This hold happens at T-1 hour and 15 minutes, the second will happen at T-4 minutes.

April 26th, 11:20 AM EDT: The teams at the pad have completed their hands-on work and have been directed to clear the area in preparation for fueling to begin.

April 26th, 11:58 AM EDT: The launch control teams have given the GO to begin the fueling of almost 470,000 gallons of liquid oxygen and hydrogen into the rocket.

April 26th, 4:57 PM EDT: Due to classified nature of the payload, coverage of the launch has ended from ULA.