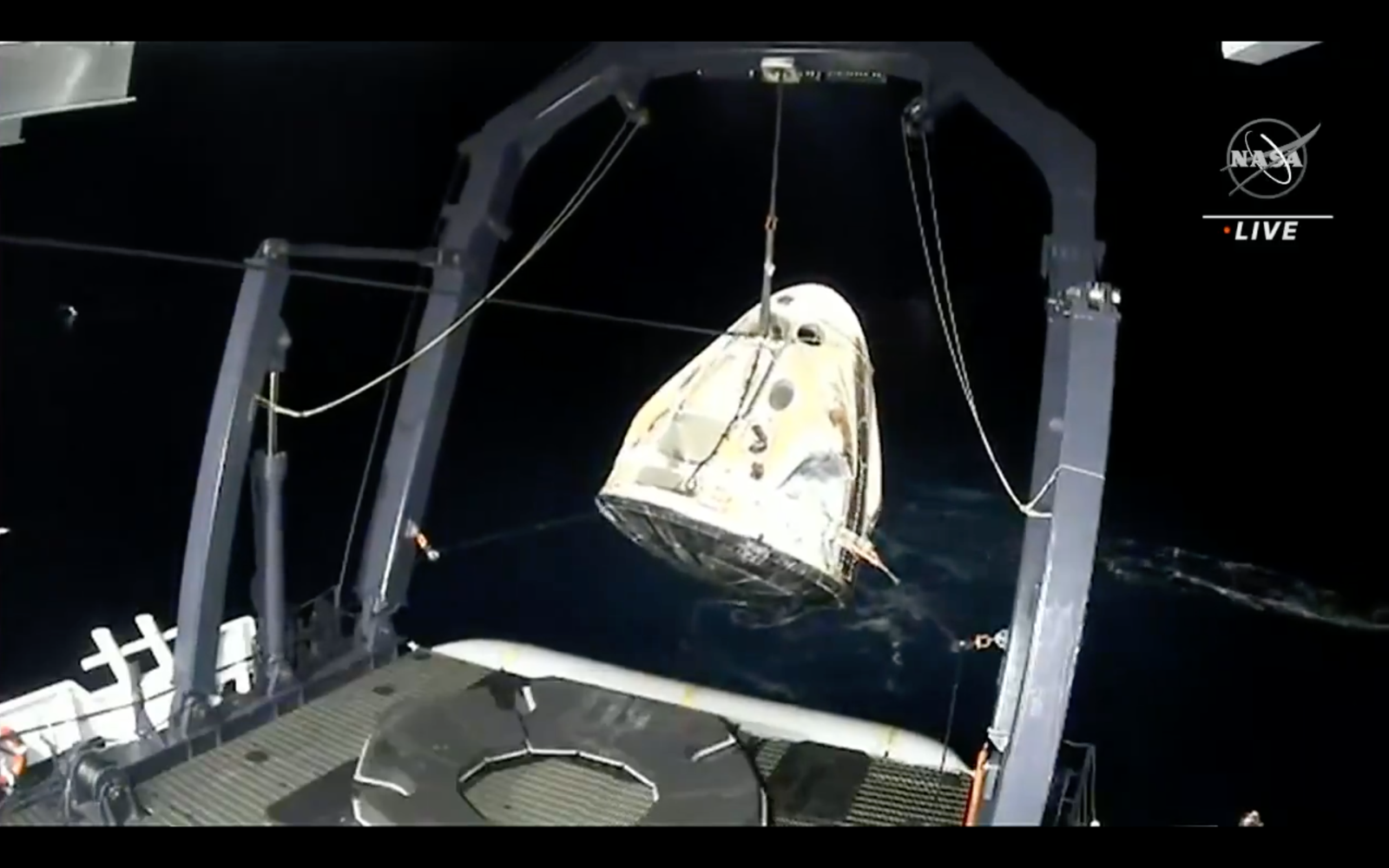 After a 6-month stay at the International Space Station (ISS), SpaceX’s first operational crew mission returned early this morning back on Earth.

SpaceX’s Crew-1 mission lifted off from LC-39A back on November 16, 2020, on top of a Falcon 9 rocket. This mission marked the start of the first operational mission for NASA’s Commercial Crew Program which started all the way back in 2011 before the final flight of the Space Shuttle.

Dragon Resilience undocked from the IDA-3 port on the ISS at about 8:37 PM EDT and after 4 short burns of the Draco thrusters, the capsule departed the station. It then went on a roughly 6-hour coast until the Dragon’s orbit aligned with the primary splashdown location off the coast of Panama City, Florida. This marked both the longest stay in space of a US crew vehicle, at 167 days in space, and the first capsule splashdown at night since Apollo 8.

Dragon Resilience splashed back down on Earth at 2:56 AM EDT. They received a welcome back home from SpaceX’s Crew Operations and Resources Engineer (CORE), SpaceX’s version of a CAPCOM or Capsule Communicator, with the saying, “We welcome you back to planet Earth and thanks for flying SpaceX.”

SpaceX’s CORE added to the classic saying with, “For those of you enrolled in our frequent flyer program, you’ve earned 68 million miles on this voyage.” Crew-1’s commander Michael Hopkins replied asking if the miles were transferable.

Recovery operations went much smoother than what happened during SpaceX’s DM-2 mission. The United States Coast Guard spent days prior to the departure of Resilience urging the public to not approach the capsule and educating boaters on what deterrents the Coast Guard is bringing with them for anything that gets too close.

SpaceX recovery teams were able to quickly approach the capsule and do initial tests for leaks from the toxic Draco fuel tanks. Once tests showed no leaks, teams quickly rigged Dragon to be lifted onto GO Navigator.

The Crew-1 team exited the capsule and boarded a helicopter that took them to Pensacola where they then boarded a plane that took them back to NASA’s Johnson Space Center in Houston. For Dragon Resilience, it will return to Port Canaveral on GO Navigator and be moved to SpaceX’s processing facility for refurbishment before it makes its next flight later this year carrying the Inspiration 4 mission.