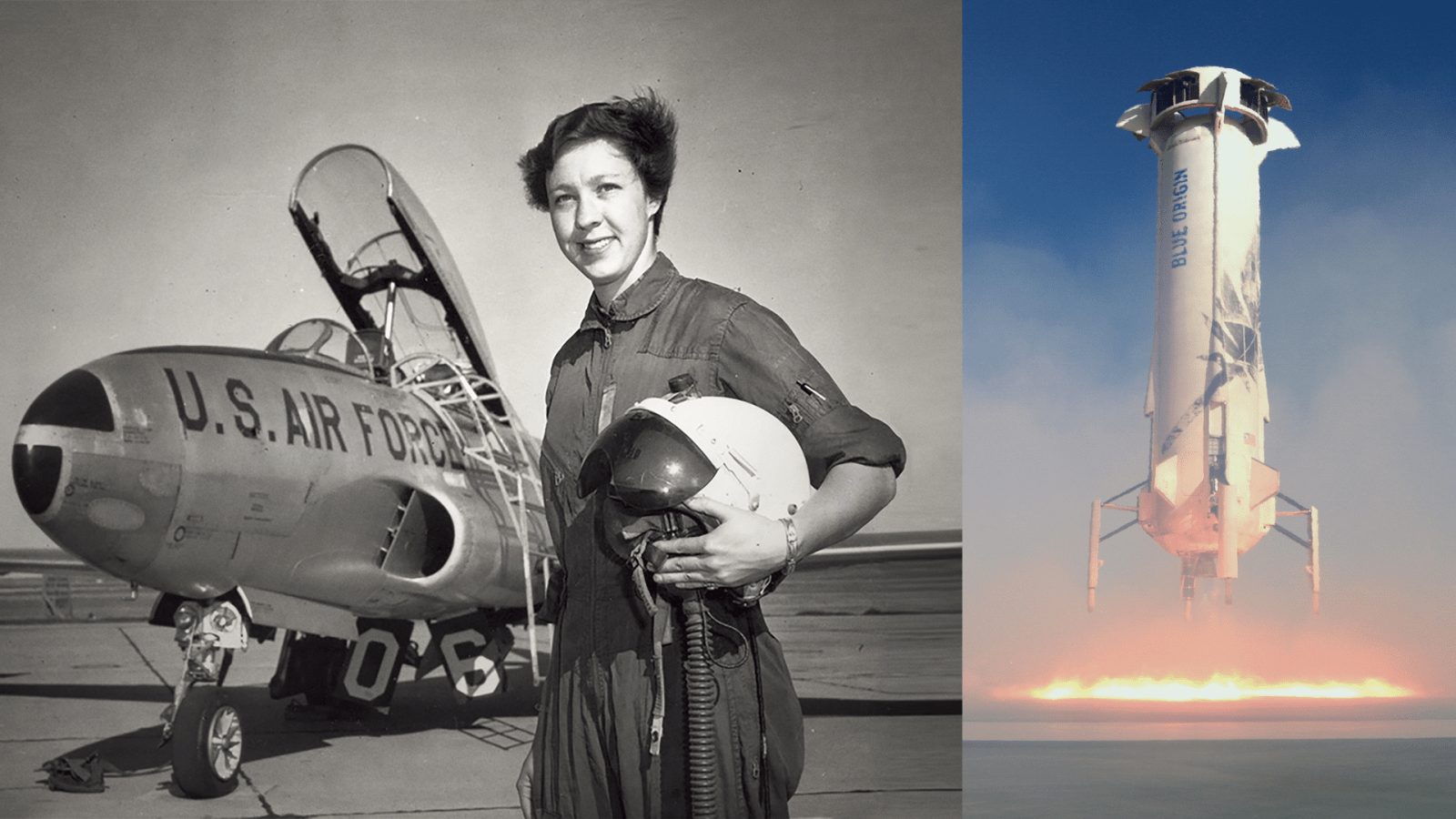 Today Jeff Bezos announced that Blue Origin has picked Wally Funk to join the crew that will fly on New Shepard’s first crewed flight. The legendary aviator, now 84 years old, has done everything except finally receive her chance to fly to space.

Who is Wally Funk?

Wally Funk is an American aviator who has accumulated over 19,600 flight hours since she took her first flight at only nine years old. Since the beginning of her flight career, she has battled adversity but eventually found her spot as one of the most talented pilots in the world.

She joined The Women in Space Program, which was a program in the early 60s to provide an all-female astronaut group to NASA. Funk was a part of the final 13 that graduated, named the Mercury 13 by the media.

The final 13 women ended up performing at the same level or far better than the seven male astronauts selected by NASA. Although this program proved that women and men could both perform equally well in space, none of the 13 ended up being selected by NASA to go to space.

Funk went on to become an accomplished pilot and instructor, teaching over 3,000 people to fly. She was the first safety investigator for the National Transportation Safety Board and the first female inspector for the FAA. Funk is one of two remaining Mercury 13 candidates alive today and will finally end up reaching the boundary of space.

Apparently, this isn’t the only mission to space that Funk is planning to take. According to a biography of her by Sue Nelson, Wally Funk’s Race for Space, she has a ticket to fly on Virgin Galactic’s spaceplane. That spacecraft just received its full launch license by the FAA, but won’t fly customers until early 2022.

Funk’s ride to space is extremely overdue. Whether it’s on a New Shepard rocket or a Virgin Galactic spaceplane, she is an amazing addition to the crew. Congratulations Wally Funk!