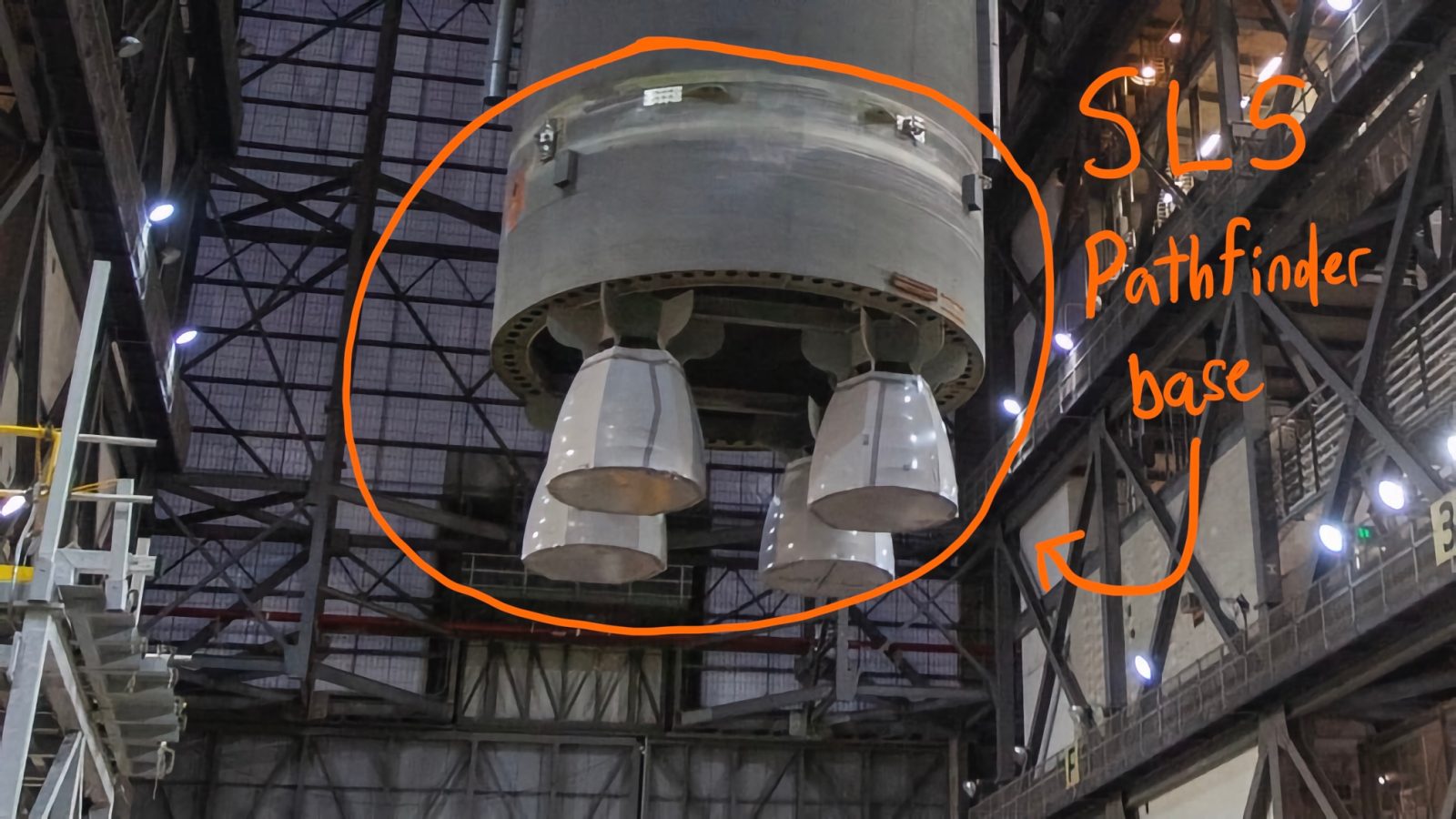 This week the U.S. Space & Rocket Center took delivery of a huge piece of space history. The 27-foot-wide base portion of Space Launch System Core Stage Pathfinder, a full-scale mockup of the SLS rocket’s main segment, arrived in Huntsville, Alabama, where it will soon be displayed publicly. The original hardware was created to help NASA simulate operations in preparation of its upcoming Artemis missions to the Moon.

Pathfinder was assembled in Alabama before it traveled to Michoud Assembly Facility in New Orleans, Stennis Space Center in Mississippi, and Kennedy Space Center in Florida.

The test article helped prepare teams at Stennis for handling the 212-foot long SLS core stage on the B-2 Test Stand before the actual flight hardware arrived for testing.

NASA’s Pegasus barge transported the 228,000 pound piece of steel between locations. Pathfinder was even used to validate procedures at the Vehicle Assembly Building at Kennedy where the actual Space Launch System is being readied now.

Space Launch System rockets will be used for NASA’s first three Artemis missions to return to the Moon during this decade.

Artemis I, an unscrewed lunar flyby mission, is targeted for the end of this year or early next year. Artemis II will be the first crewed mission with a lunar flyby planned using the Orion spacecraft. Artemis III will mark the return of Americans to the Moon for the first time since the final Apollo mission.

Space Explored can confirm that the SLS Pathfinder base portion that is being preserved departed from NASA’s Michoud Assembly Facility in New Orleans. We’ve also verified that the bulk of the test artifact (pictured below) remains at Michoud and will be scrapped.

Dr. Kimberly Robinson, executive director and CEO of the U.S. Space & Rocket Center, told Huntsville Business Journal in May that a portion of Pathfinder had been donated to the museum.

The U.S. Space & Rocket Center in Huntsville is also home to the Space Shuttle Pathfinder, a test artifact built for NASA in 1977. The Pathfinder orbiter is currently undergoing restoration, although no completion date has been announced. The Space Launch System Core Stage Pathfinder is being readied for public display as early as this month.